Background and Personal Experience
One of the many amazing spiritual adventures I have had in my life was being part of a traveling Kirtan Jatha in Punjab in 1979.  Our Kirtan Jatha was the brainstorm of Siri Singh Sahib ji. The Jatha was a combo of Sikh Dharma Western Hemisphere and Punjabi- Akhand Kirtanee Jatha. Having held the mutual respect of their leader; Bhai Fauja Singh, and ours, we were set to give an example of unity. Yet, in 1978 Bhai Fauja Singh was ambushed and murdered along with 12 young Gursikhs on Baisakhi day during a peaceful protest march.*

Thus in 1979 in Bhai Fauja’s memory and to inspire the Sikh community, our Jatha was formed and for one month we traveled daily to far-flung Punjabi villages. The villagers without a word of English, and not until our arrival, would start cooking the langar. Meanwhile we would set up in a Gurdwara or field to lead Rehiras and sing spirited kirtan for hours. Our return to sleep in Guru Nanak Nivas at the Golden Temple was often not until  2 am in the morning as we had to drive as much as 3 to 4 hours in each direction. To pass the time on these long drives, we would sing and recite Shabds and Banis together in a crowded, beat-up old 4 wheel drive. The one bani we relied upon and recited most energetically, because of the strength and protection it gives, was BENTI CHAU-PA-EE.

This hymn offers one protection and security, and many Sikhs recite this Bani to gain spiritual safety and defense from external and internal enemies, worries and afflictions. The Gurmukhi gives self-confidence and an upbeat feeling. This Bani gives one the feeling of reliability and dependability on the Lord.

*Around the same time,in 1979,  Siri Singh Sahib ji sent out a letter to all the Sikh leaders entreating them to meet and discuss the coming of a huge challenge to the Khalsa Panth. Although he never said what was to happen, Siri SIngh Sahib ji did state we had so many number of days to unify and plan. No surprise that the number of days we later counted, coincided with the June 6th 1984 attack by the government on the Golden Temple. 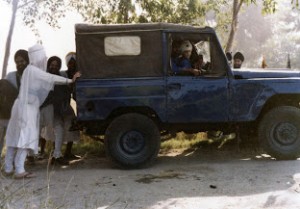 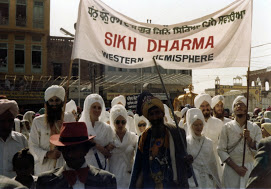