There was an echo of laughter in the streets of Patna 350 years ago, when the amazing soul of Guru Gobind Singh Ji was born.

Far from their familiar home in Punjab, Mata Gujri was traveling with her saintly husband and the ninth Guru of the Sikhs, Guru Teg Bahadur Sahib, on a teaching yatra in the far eastern part of India.  While on the yatra, at the age of 42 years old, Mata Gujri was blessed with child. Guru Gobind Singh tells us that his mother and father had meditated and prayed deeply for his incarnation. He says in his autobiography, the Bachitar Natik, “I did not want to take birth. But God explained to me the suffering and need, and I bowed to His Hukam.” He goes on to say, “For this reason I have taken birth – to defeat the tyrants and protect the holy people.”

Because traveling was very difficult in that part of India, Mata Gujri and her brother Kirpal Chand stayed behind in the small village of Patna while the Guru continued on tour. Here on the 7th night after the new moon in December, 1666, the child known as Gobind Rai was born, opening his eyes to a humanity who were lost in a sea of suffering.  India was under a brutal tyrannical rule at that time and it was too dangerous for young Gobind Rai to join his father in the Punjab. He spent his first six years of life far from the throne of Delhi in the safety and seclusion of Patna. That he was an enlightened child was evident from the very beginning and Patna Sahib still hums with stories of the 10th Guru whom they called Bala Pritam, the beloved young one. He played in the streets of Patna, organizing his friends in games of mock battle and creating divinely inspired mischief. Their shouts and laughter echoed through the village streets.

One of the sweetest stories from that time is about Rani Vishamra Devi, the wife of a local ruler, Raja Fateh Chand Maini. She was without issue and longed to bear a child. Her trusted spiritual guide, Pundit Shiv Dutt, told her to meditate on the mantra “Gobind”.  Gobind means “God the Preserver of the World”, but more than that, Pundit Shiv Dutt had seen miracles appear at the hands of the young Gobind Rai and he was himself enchanted and already consumed by Bala Pritam’s radiance. The Rani sat devotedly in meditation daily on the mantra “Gobind”, and was more and more absorbed in spiritual ecstasy.

One day Gobind Rai and his friends were playing nearby, and he heard the clear calling of the Rani’s heart. Together with his friends, he burst into the house unannounced, went straight to her temple room, and sat in her lap as she meditated. She was startled from her meditation and looked down in surprise at Gobind Rai, losing herself in the deep pools of Bala Pritam’s beautiful eyes. He reached up and cradled her face in both of his hands and softly said the words she longed to hear, “Mataji!” The Rani collapsed in a state of intense spiritual energy. When she came to consciousness, she was surrounded by this curious pack of delightful children. It was the answer to her prayer! In joy, she hugged them all and then fell at the feet of Gobind Rai. “Mataji”, he said again, “I am hungry!” Of course, this is music to a mother’s ears and she set about to feed the whole group with savory chickpea chole and fluffy fried puris. They ate the delicious food with laughter and joy and then scampered off to resume their play.

Rani Fateh Chand was forever changed. No longer did she long to bear a child; she longed only for the child Gobind Rai. He loved her as a son loves his mother and he returned to the Rani’s house at the end of every day with all his friends for chole and puri, before returning to his home for Rehras Sahib with the sangat. Commenting on his affection for Rani Fateh Chand, Mata Gujri asked Gobind Rai why he would play in the laps of two mothers? He replied with his exceptional wisdom, “Just as the moon plays in two pools of water.”

Gobind Rai left Patna Sahib to be reunited with his father and begin his journey of destiny when his was six years old. Rani Fateh Chand continued to meditate on Gobind every day and served food to the children of Patna Sahib for the rest of her life. Her palace is now Gurdwara Maini Sangat and it holds several artifacts of the Bala Pritam. The tradition of serving chole and puris continues there to this day. 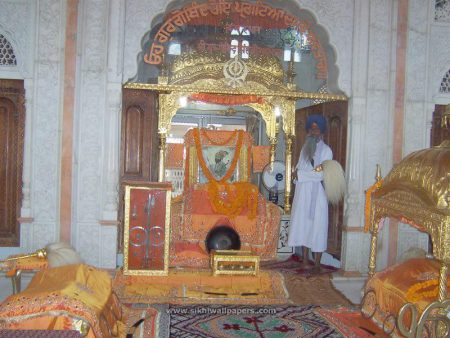 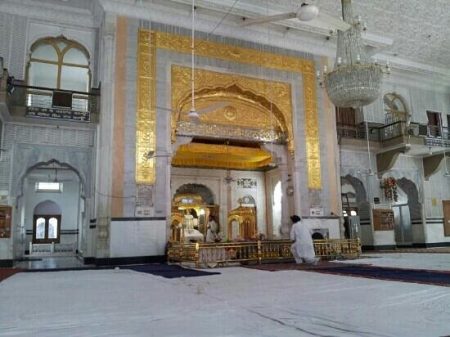 His life in Patna Sahib was a precious time in Guru Gobind Singh’s life. It was a time before the bloody battles and before the great sacrifices he was destined to make. It was six perfect years of childhood joy cocooned by an entire village who loved him.

I have always wanted to bow my head in that city, but have not been able to because it is remote and it is not an easy trip. This winter, Sikh Dharma has organized the Raj Khalsa Yatra to Patna Sahib to join the celebrations of Guru Gobind Singh’s 350 birthday. Together with the sangat, we will travel to Patna Sahib and I will finally have my wish granted! I will certainly visit Gurdwara Maini Sangat, as well as Takhat Harimandir Sahib and other places of the young Gobind Rai. I hope Bala Pritam hears the calling of my own heart, for I too long to see those beautiful eyes and hear the echo of that sweet laughter.

Join us on this spiritual journey of a lifetime where we will walk where young Gobind Rai’s sacred feet touched the ground and bow our heads to the Guru in the blessed place.