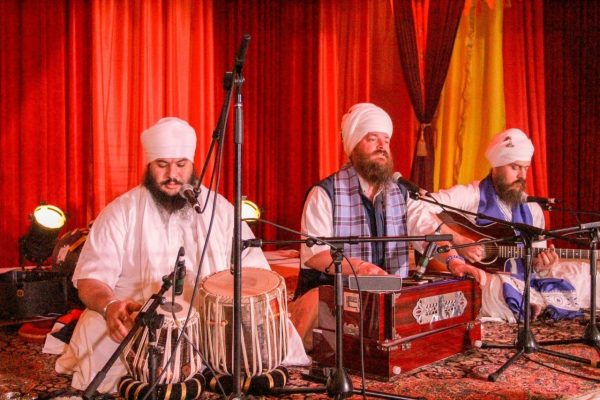 An estamated 15,000 people attended the 2019 Baisakhi Celebrations in Los Angeles, California on April 14th. Organized by Sikh Dharma of Southern California and hosted by a unified team of 22 Gurdwaras in Southern California, this is the hallmark event of Sikhs in the western United States.  The annual Kirtan Darbar celebrating the birth of the Khalsa went on throughout the day at the Los Angeles Convention Center, singing the glory of the 10th Guru, Guru Gobind Singh Ji.  Nagar Kirtan with the Siri Guru Granth Sahib was celebrated with enthusiasm throughout the streets of Los Angeles.

The program was hosted by Kirtan Singh Khalsa, of Guru Ram Das Ashram, welcoming the many guests and dignitaries in attendance.  Dr. Roop Singh, Secretary of the Shiromani Gurdwara Parandhak Committee of Amritsar, India was an honored guest and spoke of his support for the Sikhs in the west.

Congresswoman Judy Chu of the 27th District of California attended the program for the 19th consecutive year.  She spoke of her work, highlighting her support of the Sikh community of Southern California.

Langar was served to throughout the day to more than thousands of people, cooked with love and served by the graceful hands of sevadars. 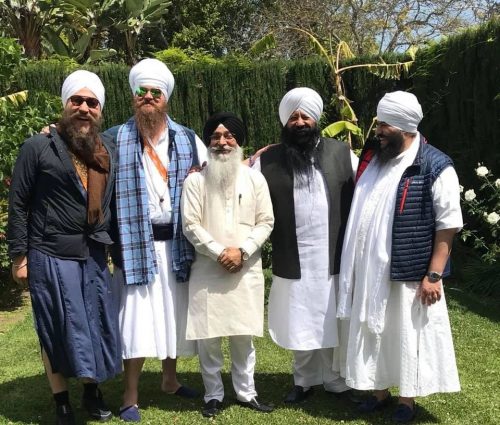 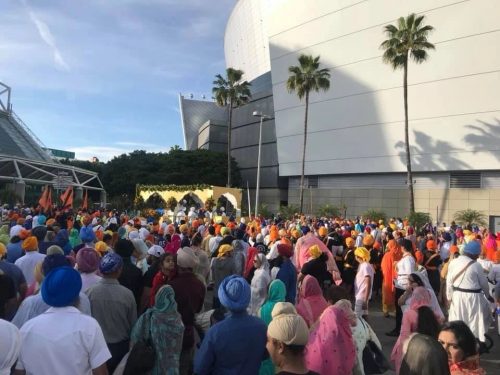 More than 15,000 people attended the 2019 Baisakhi celebrations in Los Angeles.