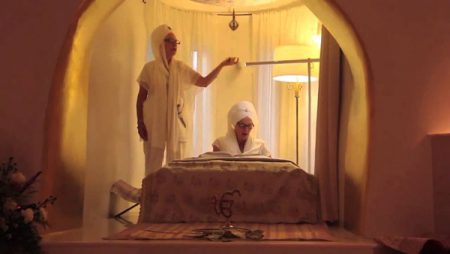 Many Gurdwaras around the world practice these Akhand Paths regularly.  In India large Gurdwaras may have many Akhand Paths happening in various rooms simultaneously dedicated to specific families, individuals or community spiritual requests.

In Española, NM we have a weekly Akhand Path that has been practiced regularly for over 35 years. Sangat members sign up to read in hourly slots, reciting in either English or Gurmukhi.

The power of an Akhand Path is incredible.  It creates a vibration of the Naad that permeates into this world, affecting the soul level of humanity.

When we sponsor an Akhand Path for an individual, or a community, the power of that Naad is focused to bring blessings to that particular situation.  There have been many miracles of blessings from the Guru through the practice of Akhand Paths.

How to read or setup Akhand Path

From my own experience there is one memorable story

After the Siri Singh Sahib, Yogi Bhajan’s passing in late 2004, I was with Sardarni GuruAmrit Kaur, the Siri Sikdar Sahiba, in Delhi and mentioned this instruction from the Siri Singh Sahib to her.  She suggested sponsoring an Akhand Path.  To be sure, I had two sponsored, and offered this prayer to the Guru.  Sure enough, in early 2005, my sister-in-law became pregnant and in March 2006, my nephew Partap Singh was born. 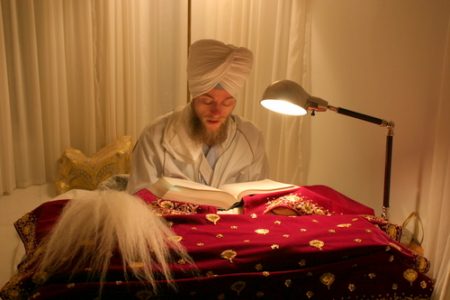 Akhand Paths can be sponsored for any number of reasons.  We often ask the Guru’s help through prayer of an Ardas and an Akhand Path goes even further – putting forth our prayer to connect with the blessings of the Guru in a recitation of the entire Siri Guru Granth Sahib.  It may be for blessings of a new baby, new marriage, or healing. Whatever it is, you can bring it as a prayer to the Guru and ask that your request is granted.

How to Sponsor an Akhand Path

How to Organize an Akhand Path Video