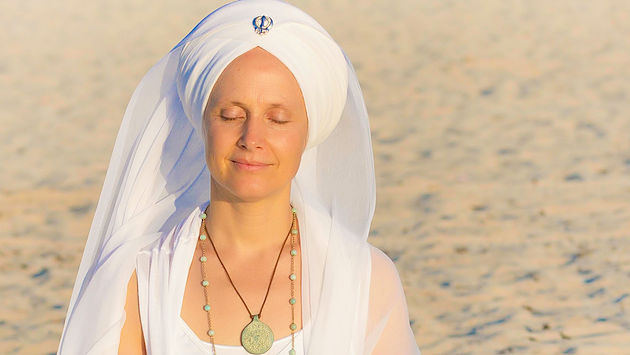 Snatam was named a semifinalist for the 2003 Grammy Award in the New Age category, which launched her into the international music scene.

From 2003 to 2009 Snatam Kaur spent much of each year on the “Celebrate Peace Tour.” Her tour took her across North America a number of times, twice to Europe, and twice to South America. The tour included performances at schools, hospices, juvenile detention centers, and other facilities.

Snatam Kaur released two albums in 2003, “Shanti” and “To Heaven and Beyond.” Stream some of these classics from the SikhNet Gurbani Media Center:

Ong Sohung (I Am Thou, I Am Peace) 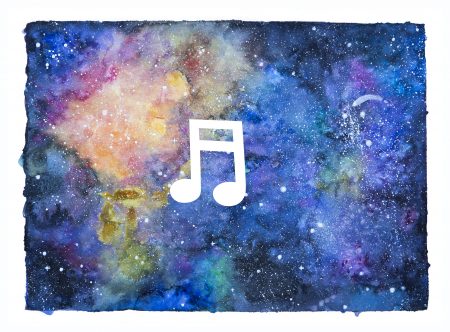 How My Relationship with Shabad Guru Began

When I was eighteen, Yogi Bhajan asked me to move to Los Angeles. Living just a few blocks away from his home and the community Gurdwārā, I was quite busy with work, community activities, and taking part in Yogi Bhajan’s classes.

Within just a few months, he gave me three essential teachings about Shabad Gurū: First, we must listen in order to truly understand ourselves, our surroundings, and the truth. Second, we must surrender our egos and allow ourselves to become channels so that the timeless wisdom of sound can come through. Third, let us sing the words of the Shabad Gurū with intention and love. Doing so saturates our being with positive vibrations so that the sum total of who we are aligns with our highest self and the Divine.

After a Gurdwārā service one Sunday afternoon, Yogi Bhajan called me to sit beside him as we all partook of the community meal. Everyone sat in rows, in the traditional way that food is served in Gurdwārā, while the servers came around with big pots of yogurt, rice, dahl, and whatever else had been prepared. The little hall was packed with at least eighty people, so there was a lot of talking and laughing going on.

I had been feeling frustrated. As an eighteen-year-old, I wanted so much to begin my life and to do something important. I wasn’t clear on what I wanted to do, and I also didn’t feel understood by anyone. The thoughts of frustration welled up within me, and I wished to speak to Yogi Bhajan about it.

Thought after thought ravaged me, and my frustration continued to grow. After a few moments of eating in silence, Yogi Bhajan said to me, without even looking, “Listen, listen to all of them talking.”

So I did; I listened.

I began hearing the conversations around me. A man just a few feet away was talking about a movie he had recently seen. Another woman spoke of seeing some beautiful flowers on her morning walk and how she would love to grow some roses in her garden. A child cried. Someone laughed at a joke.

“Their voices flow out, like rivers, telling the story of their lives,” he said, leaning over slightly so that I could hear him.

And then I truly listened without getting caught up in the details of individual conversations. Their voices began to merge into one flow, like little ripples in a river. Talking, chattering, flowing. My heart skipped a beat as I realized the sound was life itself: their lives, pouring out, moment by moment, carrying the story of each soul.

The specifics didn’t matter — the sound streamed forth, guiding each soul forward into its next experience. And there I was, listening to it all with my teacher.

As I listened, my earlier frustration of not being heard and not knowing what to do with my life melted. I began to understand that it did not matter who listened to me or if anyone truly understood me.

God was listening to me, as my teacher revealed when he showed me how to truly listen. What mattered was the vibratory frequency within my being, the thoughts that followed that vibration, my words, and my songs. Because then, my Soul would follow, my life would follow, and all things would manifest from the vibratory frequency that I chose to produce. 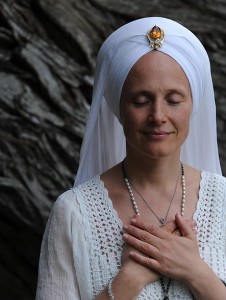 Through inspirational concerts, workshops, immersion courses and retreats, the much-beloved devotional singer and Grammy nominated recording artist Snatam Kaur shares the power of Sikh sacred mantras with all the world. Possessed of an incandescently luminous voice and a deep knowledge of Kundalini yoga, her concerts and events are joyous occasions and a source of solace for our troubled times.

In 2018, Snatam Kaur’s album Beloved received a Grammy nomination for Best New Age Album of 2018 and she performed at the Grammy’s, singing “Darashan Maago” from that album.

“A big focus in all I’m doing now is simply coming back to ‘I am love’ and feeling that vibration of love,” she says. “There’s such a feeling of divisiveness in the world now—division amongst each other, and division within ourselves in the form of either shame, guilt, fear or anger. Mantra is powerful in awakening us back to what it means to be loving to ourselves, and loving toward our neighbors who may not agree with us. It’s really from that place of love that we can find the language to work together—to be together.”

An evening of sacred song with Snatam Kaur and her gifted group of musicians is a beautiful, transformational experience that is both deeply personal and jubilantly communal.

On this year’s “Peace Through Sacred Chant tour,” Snatam will be accompanied by Grecco Buratto, Ram Dass, and Sukhmani Rayat.

These five-hour events combine instruction in chanting, meditation and Kundalini yoga to provide an in-depth experience of the power of mantra. A certified Kundalini instructor, Snatam combines sacred posture, breath and meditation practice with instruction in Naad yoga—the yoga of sound.

For those seeking an even deeper dive into the science of sacred sound, Snatam also leads seven-day Intensive courses in conjunction with her mother, recording artist, educator and Gurubani Kirtan singer Prabhu Nam Kaur.

Visit snatam.com to listen to Snatam Kaur’s music and to find out more about her events and courses.