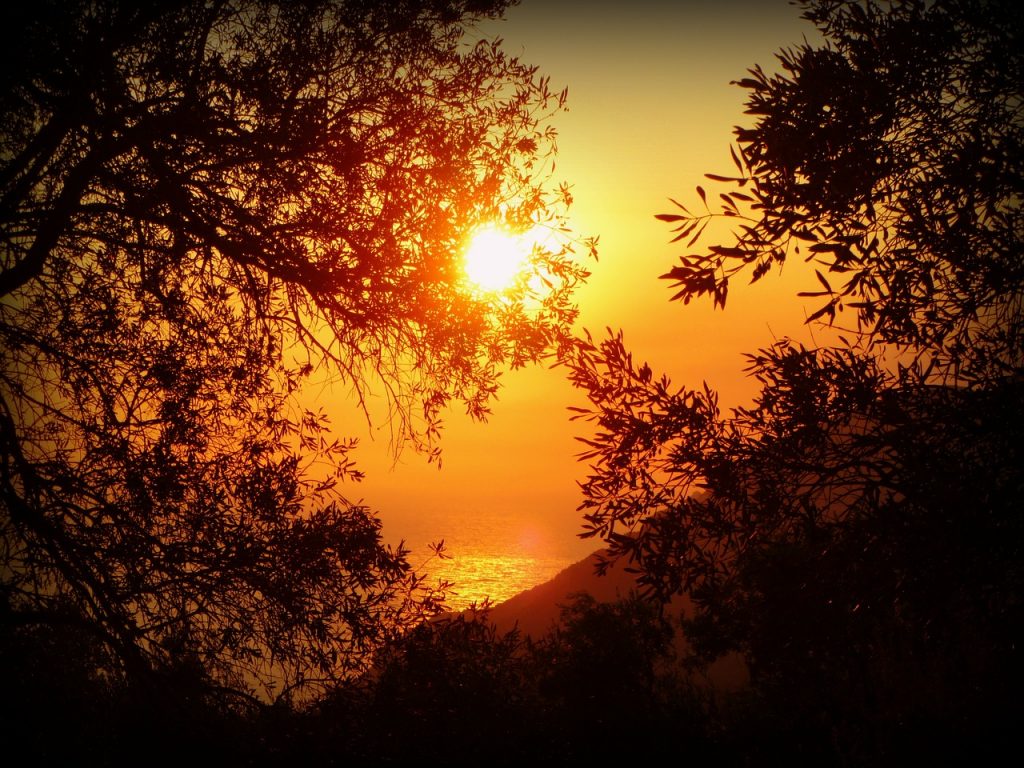 Image by Ben Leus from Pixabay.

Note: the month of Aasaarh typically takes place mid-June through mid-July on the Gregorian Calendar. 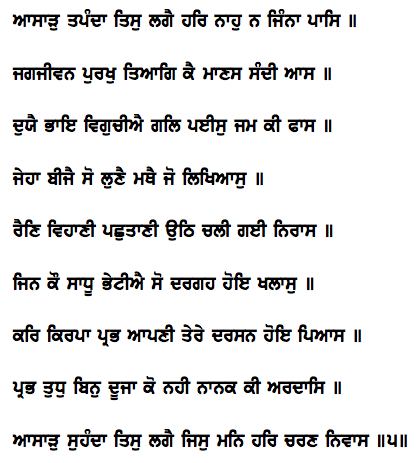 The month of Aasaarh seems burning hot, to those who are not close to their Husband Lord.

They have forsaken God the Primal Being, the Life of the World, and they have come to rely upon mere mortals.

In the love of duality, the soul-bride is ruined; around her neck she wears the noose of Death.

As you plant, so shall you harvest; your destiny is recorded on your forehead.

The life-night passes away, and in the end, one comes to regret and repent, and then depart with no hope at all.

Those who meet with the Holy Saints are liberated in the Court of the Lord.

Show Your Mercy to me, O God; I am thirsty for the Blessed Vision of Your Darshan.

Without You, God, there is no other at all. This is Nanak’s humble prayer.

The month of Aasaarh is pleasant, when the Feet of the Lord abide in the mind. || 5 || 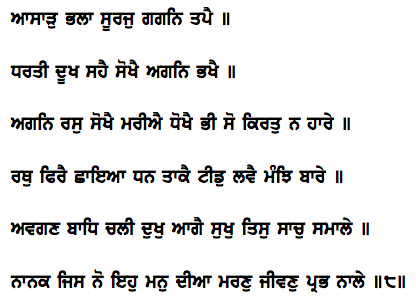 The month of Aasaarh is good; the sun blazes in the sky.

The earth suffers in pain, parched and roasted in the fire.

The fire dries up the moisture, and she dies in agony. But even then, the sun does not grow tired.

His chariot moves on, and the soul-bride seeks shade; the crickets are chirping in the forest.

She ties up her bundle of faults and demerits, and suffers in the world hereafter. But dwelling on the True Lord, she finds peace.