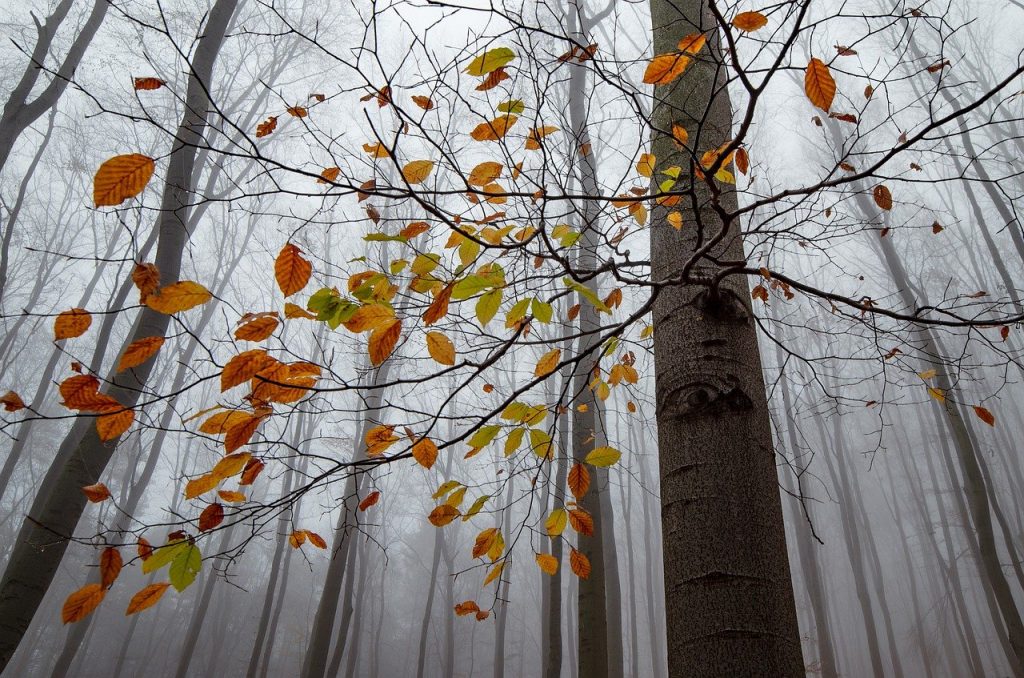 Image by Roman Solar from Pixabay.

Note: the month of Assu typically takes place mid-September through mid-October on the Gregorian Calendar. 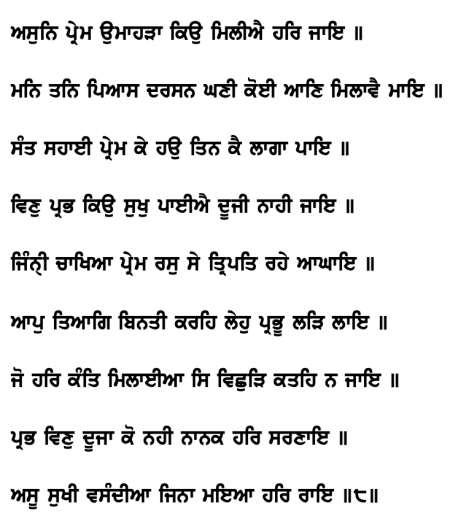 In the month of Assu, my love for the Lord overwhelms me. How can I go and meet the Lord?

My mind and body are so thirsty for the Blessed Vision of His Darshan. Won’t someone please come and lead me to him, O my mother.

The Saints are the helpers of the Lord’s lovers; I fall and touch their feet.

Without God, how can I find peace? There is nowhere else to go.

Those who have tasted the sublime essence of His Love, remain satisfied and fulfilled.

They renounce their selfishness and conceit, and they pray, ‘God, please attach me to the hem of Your robe.’

Those whom the Husband Lord has united with Himself, shall not be separated from Him again.

Without God, there is no other at all. Nanak has entered the Sanctuary of the Lord.

In Assu, the Lord, the Sovereign King, has granted His Mercy, and they dwell in peace. || 8 || 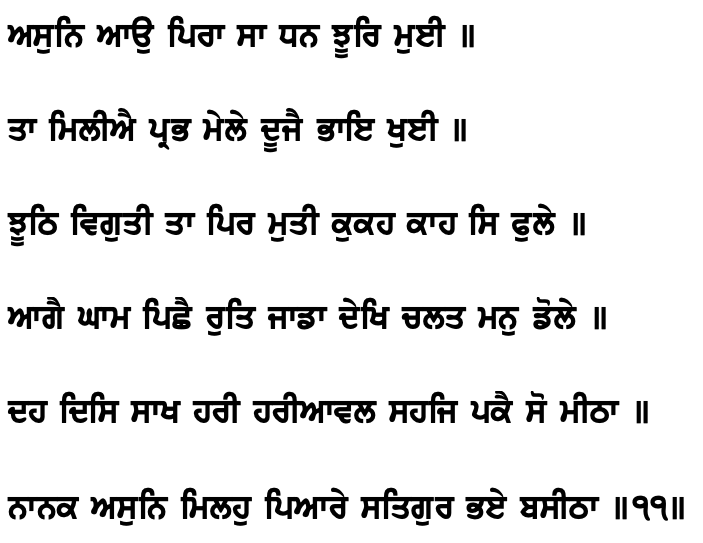 In Assu, come, my Beloved; the soul-bride is grieving to death.

She can only meet Him, when God leads her to meet Him; she is ruined by the love of duality.

If she is plundered by falsehood, then her Beloved forsakes her. Then, the white flowers of old age blossom in my hair.

Summer is now behind us, and the winter season is ahead. Gazing upon this play, my shaky mind wavers.

In all ten directions, the branches are green and alive. That which ripens slowly, is sweet.