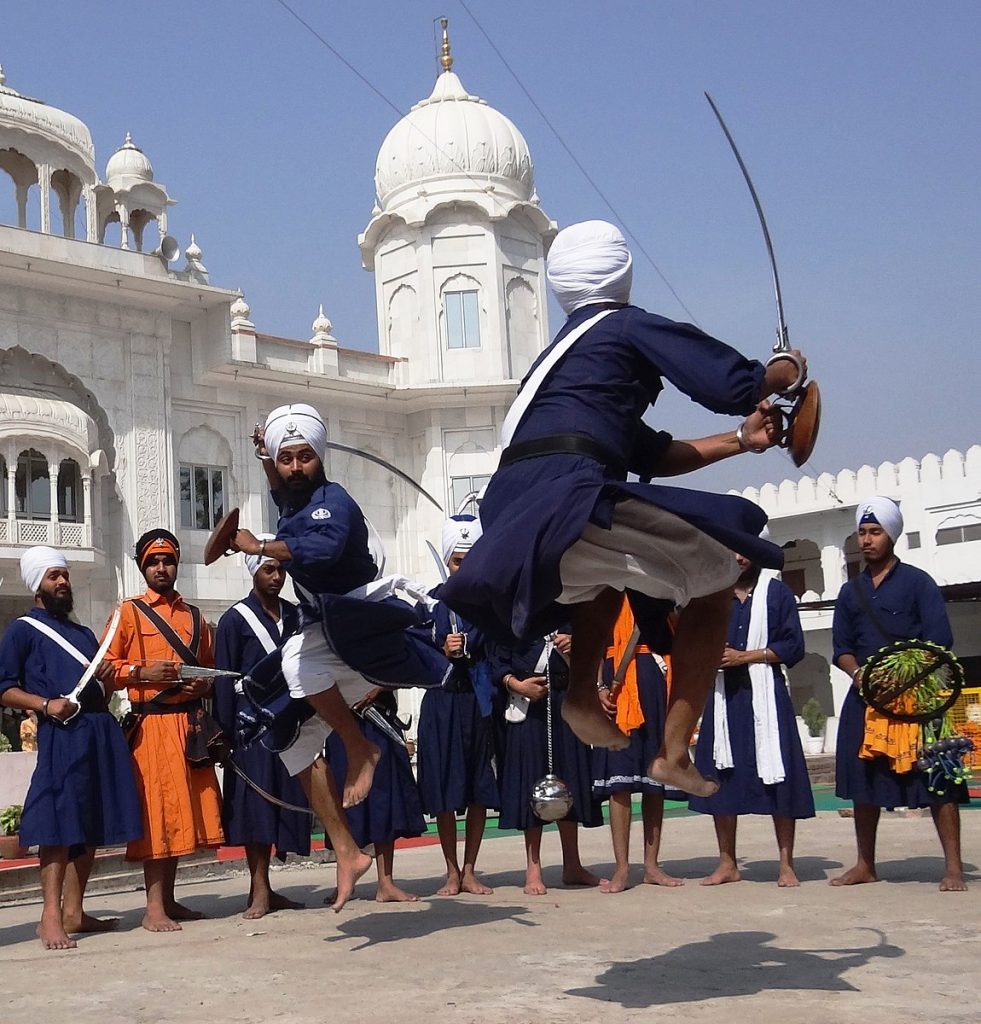 What is a Soldier-Saint? It is a Spiritual Warrior.

Sikhs are encouraged to learn and practice martial arts to help them conquer their fear and become non-violent in the truest sense of the word: without fear and without anger (nirbhao, nirvair).

The principle of true ahimsa (non-violence) is to actively prevent violence, not to simply stand by idly while violence is being done. To that end, a Sikh assumes the responsibility for preventing violence and for protecting a defenseless person.

That is done with the minimum force required. Most often, words can resolve the problem because of a Sikh’s forceful projection. If a Sikh is forced to fight, it is always in self-defense or defense of another person, never in aggression.

The spiritual practice of martial arts originated in the Orient and has more recently spread to the West. A fundamental tenet of martial arts training is that a martial artist never initiates violence, but redirects violent energy directed against him in order to neutralize a destructive attack.

In the time of Guru Gobind Singh, Sikhs were under frequent attack by chieftains and emperors who were only interested in earthly power and material gain. The Guru’s army was often victorious in the face of almost incredible odds, and was always kind and compassionate to wounded enemies, and to the families of enemies killed in battle.

Guru Gobind Singh himself dealt with his opponents with grace, compassion, wisdom and strength. To the spiritual warrior, the true enemies are fear, ignorance, hatred, and the illusion of separateness.

The symbol of the sword (kirpan) reminds us to cut through this illusion with courage, clarity and strength.