Each year, Sikhs celebrate the anniversary of the first installation of the Siri Guru Granth Sahib which took place in 1604. At that time, it was called the Adi Granth and did not contain the writings of Guru Teg Bahadur Ji’s which were added by Guru Gobind Singh Ji in 1708. It was a significant landmark for the Sikhs. The sacred writings of spiritual poetry, set to musical raags, were compiled and completed by Guru Arjan Dev Ji on the 30 August 1604 and then first installed at Harimandir Sahib in Amritsar, India.

Siri Guru Granth Sahib Ji transcends creed and caste and uniquely belongs to all of humanity, containing the writings of six Sikh Gurus, 4 Sikhs of the Gurus’ courts, 11 Bhatts – court poets and bards, and 15 Bhagats, or saints, of different religions, places, and times. No other religion has included in its sacred book the writings of others, however revered.

Sikhs believe that the Siri Guru Granth Sahib provides unique and unequaled guidance and advice for the whole of the human race. It is the torch that will lead humanity out of Kali Yuga, (the iron, or dark, age) to a time of peace, tranquility and spiritual enlightenment for all humankind. 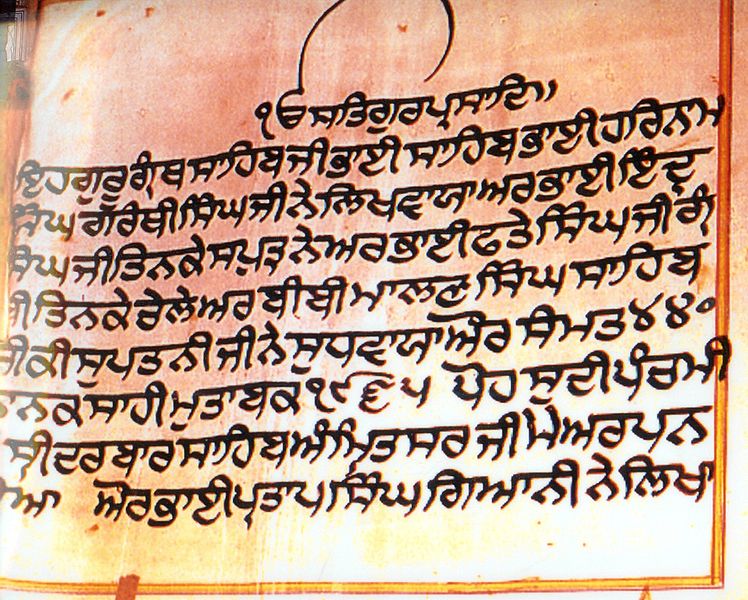 Siri Guru Granth Sahib Ji is about living a life of Truth amidst the challenges of daily life, respect for others; humility; tranquility, peace, blessings, high moral standards, equality, co-existence, courage and more. These are deeply spiritual qualities which anchor the human character with realization and constant connection to the Divine, and strength and guidance to take one’s self and humanity to higher level of consciousness and living.

So, many Divine Blessings to Sikhs of the Guru everywhere on the occasion and remembrance of this special anniversary!