What is Dasvandh Starting Your Own Dasvandh Practice 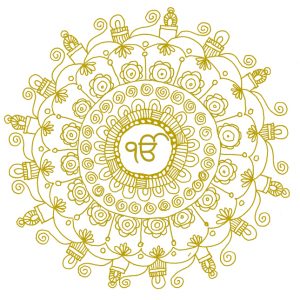 Dasvandh, which literally means “tenth part”, is the tithing practice of contributing a portion of your earnings in the name of your Guru or spiritual source.  The principle of Dasvandh is that if you give to the Infinite, Infinity, in turn, will give back to you. It is a spiritual practice through which you build trust in the ability of the Infinite to respond to the flow of love and energy that you give. This energy then expands tenfold and flows back to you in abundance.

Sikhs began bringing offerings during the time of the first Sikh Guru, Guru Nanak (1469-1539) the founder of the Sikh Path. Guru Nanak promoted the concept and virtue of Dasvandh in his bani. He said,

Guru Amar Das, the third Sikh Guru, started the formal tradition of a free kitchen and serving langar (blessed food) to everyone, as equals regardless of race, class, gender, faith and ethnicity. He called upon his Sikhs to bring a portion of their crops and earnings to share in the community kitchen.

During the time of the fifth Sikh Guru, Guru Arjan, the Sikh community fell upon difficult financial times. Sikh leaders became so concerned that they went to Guru Arjan for a solution. Guru Arjan knew the cosmic principle of Dasvandh would reverse the trend and multiply their prosperity. He instructed his beloved Sikhs that the solution was for every person to donate one-tenth of their time and earnings to the infinite therefore expanding their service and spiritual realm.

The Siri Singh Sahib has promoted the power of tithing, by giving your Dasvandh, as a way to connect with your highest self. He said,

“Give to God what belongs to God. It is called Das-vandh: One-tenth of your time, income, thoughts, projection, communication, belongings and one-tenth of every act. Every act is blessed in which one-tenth belongs to God.” ~ Siri Singh Sahib – Yogi Bhajan

Starting Your Own Dasvandh Practice 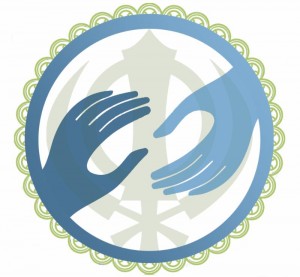 The principle of tithing through Dasvandh is in utilizing the power of 10. You will find almost every religion or spiritual group encourages its participants to give a tenth of their earnings to help support and build the religious and spiritual community. While tithing through Dasvandh is traditionally one-tenth of one’s income, many people give whatever amount they can. Just by starting the process of giving back to your spiritual source, you open up new avenues of returned happiness and abundance in your life. It is one of the greatest leaps of faith that we on a spiritual path can take.

“Many blessings and thank you for your message and for your service. We feel grateful to give at this level every month as we have without break since sometime around 1985.  Our lives are a testament to the benefits of giving to the unknown in the name of God, with confidence that God will return that contribution many fold. We are grateful to support the Siri Singh Sahib Ji’s mission.  Giving is the greatest gift we give to ourselves.” ~ Anonymous Dasvandh Donor

You too can experience the blessings of Dasvandh and we invite you to take your first step today.