5 yards of white cotton muslin. This traditional fabric acquired the nickname “School Turban”, because it is a favorite of the students at our school, Miri Piri Academy, in India.

Note:  the turban colors may not be exactly as they appear on your computer screen.

Helpful Hint:  Once you purchase a new colored turban, be sure to wash them separately. Fabrics died in India tend to run on the first few washes. 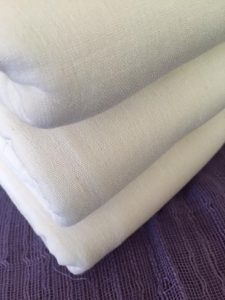 Turban – Gift of the Guru

The turban of a Sikh is a gift given on Baisakhi Day of 1699 by Guru Gobind Singh. After giving Amrit to the Five Beloved Ones, he gave us bana, the distinctive dress that includes the turban. It is helpful to understand the historical context of his action. During Guru Gobind Singh’s time, the turban, or “dastar,” as it is called in Persian, represented respectability and was a sign of nobility. At that time, a Mughal aristocrat or a Hindu Rajput could be distinguished by his turban. The Hindu Rajputs were the only Hindus allowed to wear ornate turbans, carry weapons and have their mustache and beard. Also at this time, only the Rajputs could have Singh (“lion”) or Kaur (“princess”) as their second name. Even the Gurus did not have Singh as part of their name, until the Tenth Guru.

The downtrodden followers of the Sikh faith did not have the means to display aristocratic attire, nor were they allowed to, even if they did have the means. It was in this context that Guru Gobind Singh decided to turn the tables on the rulers of the time, by commanding every Sikh to carry a sword, take on the name Singh or Kaur, keep their kesh (hair) and wear a turban displayed boldly, without any fear. This effectively made his followers see themselves on a par with the Mughal rulers. When we are in the presence of the Guru, the Guru is giving us the gift of his energy. That energy is sacred and when we retain it, Guru’s energy lives in us and that gives us the living experience of Guru. To help retain that energy we cover our heads with a turban.