Hail, all hail, unto Ram Das, the Guru,

For it’s unto him that the glory is due.

In the realm of Raj Yoga, he is the True King,

Unto him this prayer is made as an offering.

For it’s by his grace and due his kindness,

That we’ve put the ultimate foe, death, behind us.

By the miracle of nine treasures and spiritual powers, I am blessed.

The Yogi becomes his most dutiful son,

By just singing the praises of serving this one.

Hail, all hail unto Ram Das, the Guru,

Who’s been known by the names Jesus, Allah and Krishna too,

Whose consciousness is truly the wisdom of  God,

And whose mind is in fact the very essence of God.

For it is unto him that the glory is due.

Seated upon his autonomous throne,

The sovereign King of Kings is he, alone. 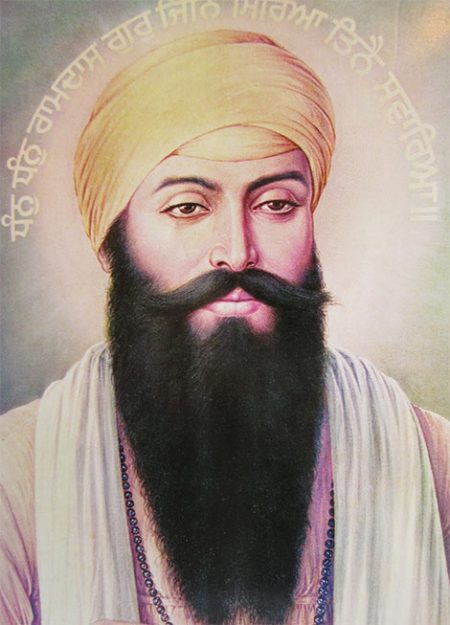 Here is “In Gratitude” as it originally appeared in Beads of Truth in the Summer 1983 edition (Bead Number 10, Volume II). 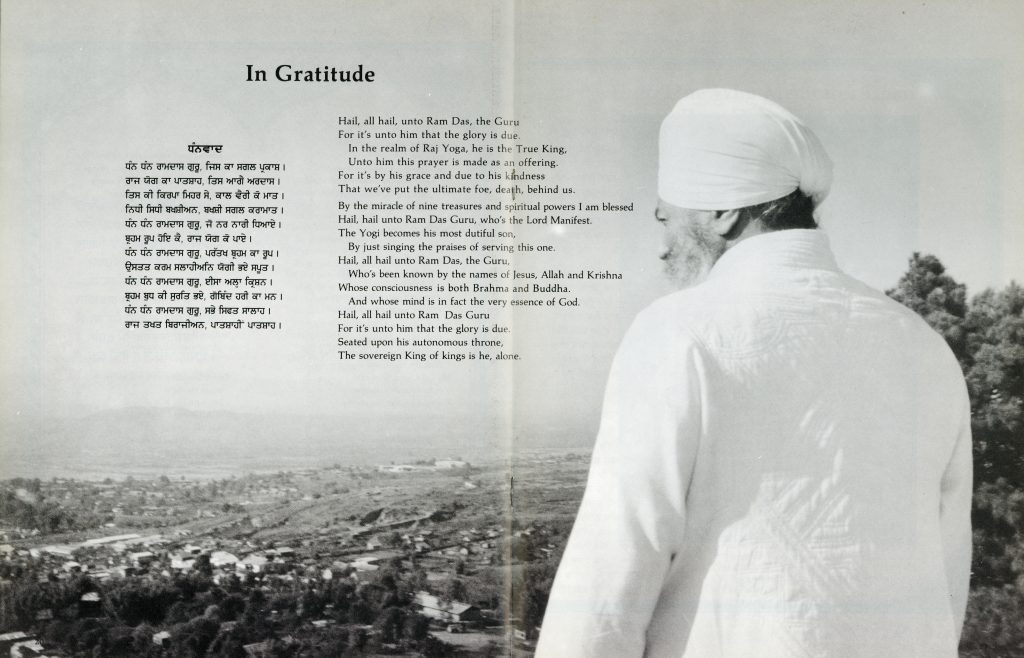