“You’re late. The rumalas have already been brought to the Harimandir Sahib.”

With a wag of his chin, he indicated that, according to him, we were incorrect. It was hot and we were all dripping with sweat. He held up a finger and told us to wait.

We were at Surinder Singh’s shop to pick up rumalas to offer to clothe the Guru inside of the Harimandir Sahib in honor of Siri Singh Sahib’s birthday.

A phone appeared in his hand and he was yelling rapid-fire Punjabi into the receiver.“It’s okay. The boys will meet you at the entrance.”

We were shuttled by one of his employees from the rumala shop to the threshold of the inner sanctum of the Harimandir through dense groups of people.

We took the rumalas from their prior bearers and made our way into the Harimandir. We handed them over to the sevadars and right as we did, the hukamnama began. We sat in meditation and listened to the granthis voice echo over the water. We offered a prayer and left feeling honored to represent our global sangat in the holy of holies. 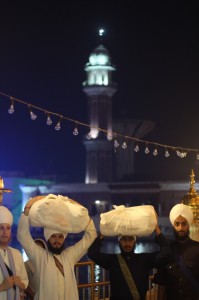 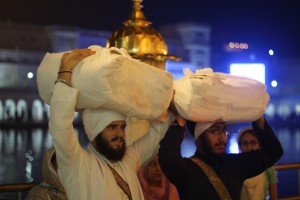 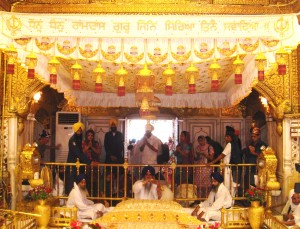 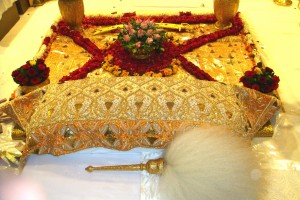