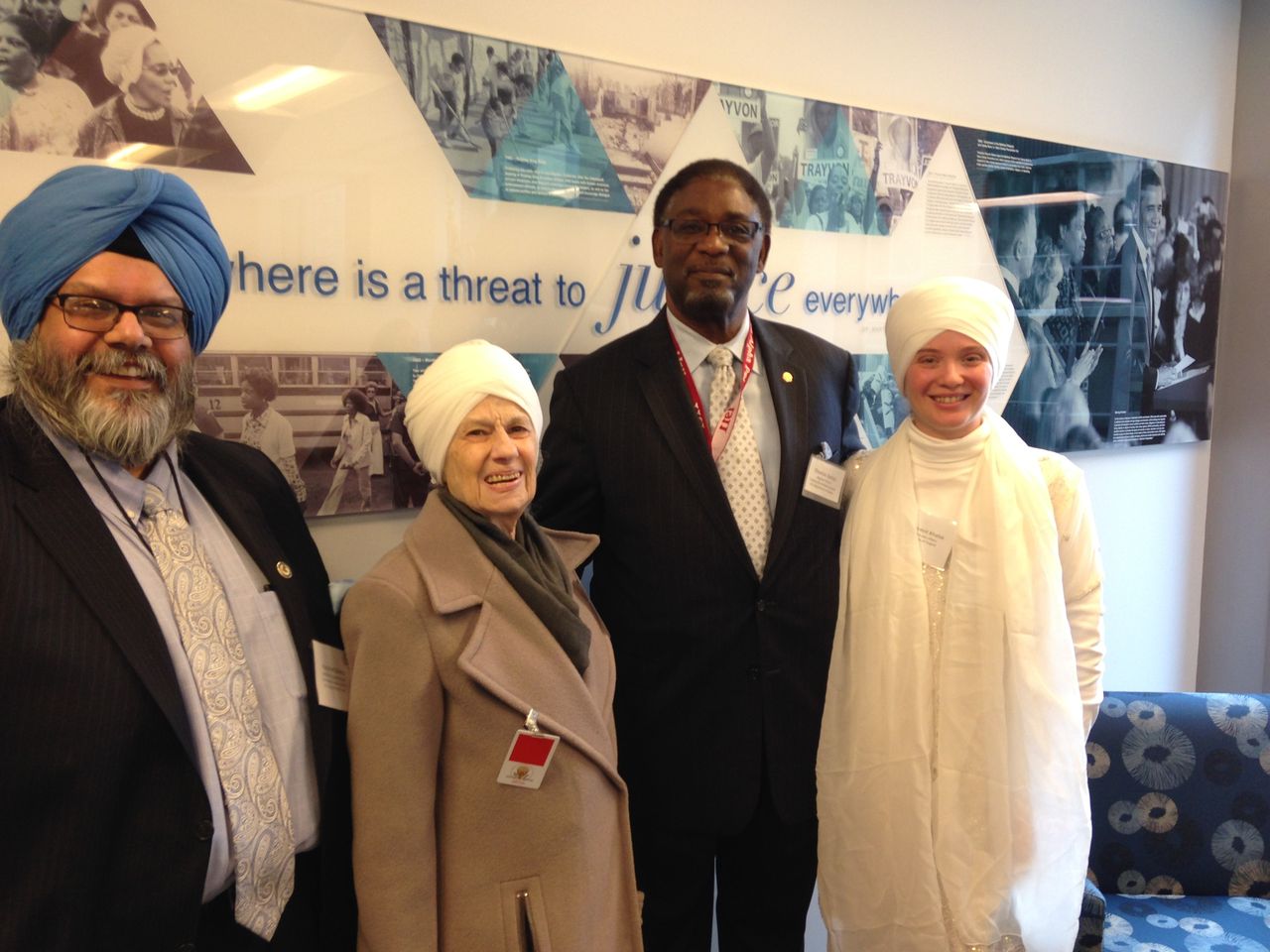 The U.S. Department of Justice (DOJ) Community Relations Service (CRS) hosted an Open House in honor of Black History Month at their new headquarters in Washington D.C. on February 27, 2019.

Guru Amrit Kaur and Adarsh Kaur from the Sikh Dharma of Virginia, Office of Public Affairs were in attendance.  They enjoyed connecting with DOJ employees and learning about the CRS – its mission, its history and their recent work.

CRS has played a vital role in the U.S. since their founding in 1964.  They serve as “America’s Peacekeeper” by facilitating understanding and improving communication in communities facing conflict, and help communities develop the ability to independently prevent and resolve future conflicts.They respond to alleged hate crimes committed on the basis of race, color, national origin, gender, gender identity, sexual orientation, religion or disability.

When conflict in communities erupts, CRS provides services in facilitation, consultation, training, and mediation to all parties, including civil rights and community groups, law enforcement, federal, state, and local government, law enforcement and faith-based groups. They have regional offices and staff that work in cities across the U.S.

CRS was created when President Lydnon Johnson signed the Civil Rights Act of 1964. CRS was established in this Act. Title X of the Act authorizes CRS to assist communities in “resolving disputes, disagreements, or difficulties relating to discriminatory practices based on race, color, or national origin.”

CRS has provided services in communities across the U.S. over the years, including in Sanford, Florida after Trayvon Martin was fatally shot; in a Michigan school community in 2012 after a seven-year-old boy committed suicide following bullying based on his gender, and in many other tension-filled communities since their founding in the sixties.

CRS places a high priority on engaging and building partnerships with Sikh Americans, and offers a three-hour in person training led by subject-matter experts designed to familiarize law enforcement and government officials (along with civic and community leaders) with the customs and cultural aspects of the Sikh American community. This training offers information on subjects including Sikh beliefs, Sikh practices, community engagement, and civil rights-related issues impacting the Sikh community in the U.S.