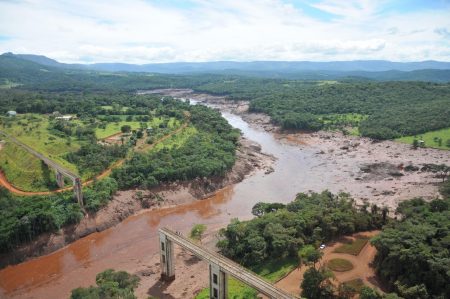 In late January, a devastating mud slide swallowed up the mining town of Brumadinho in Brazil.  The mud, sweeping down from a large and unstable mountain of tailings from the Vale mine, destroyed everything in its path.  With no warning and no time escape, as many as 500 human lives were buried under tons of mud and rubble in what could be the worst environmental disaster in Brazilian history.

As written by Gabriela Antunes,

“The extent of the damage is hard to measure by human standards. As it occurred with the deluge of mud, the harm, the pain, and the damage will also come in waves. First, families will mourn the dead. Then, if they are lucky, they will get to bury them, then a city will wake up to the fact that it will never be as it once was. And finally, Brazil will have to deal with the fact that part of its ecosystem is dead, a large strip of land rendered worthless for generations to come, and the fact that this wound may never heal.”

Brumadinho is very close to Belo Horizonte, where we have a large and active 3HO Sikh sangat.  Many of our people have relatives in Brumadinho and the area, and ABAKY, Associação Brasileira dos Amigos do Kundalini Yoga, the Brazilian Kundalini Yoga Association, joined in the relief efforts as soon as was possible. 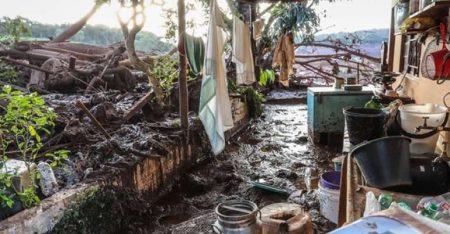 Guru Sangat Kaur Khalsa, head of ABAKY and the current chairperson of the International Khalsa Council, reports that the town is shattered in every way.  Prayers are needed from all the sangat to help clear the devastating aftermath of the tragedy. The ABAKY sangat is working very hard on multiple fronts:

Yogi Products in Oregon is sending cases of Yogi Tea to the sangat to serve a warm and soothing cup of tea in the middle of the disaster zone.  Yogi Tea is always a powerful healing touch that 3HO Sikhs bring to the world.

These are the emergency actions of ABAKY, and now the hard work of recovery begins. ABAKY requests prayers from the whole sangat for healing.  Please join with our Brazilian family in 11 minutes of Dhan Dhan Ram Das Gur for the next 40-days as the people of Brumadinho try to recover their lives.

This article is courtesy of the Dharmic Office of Public Affairs blog.