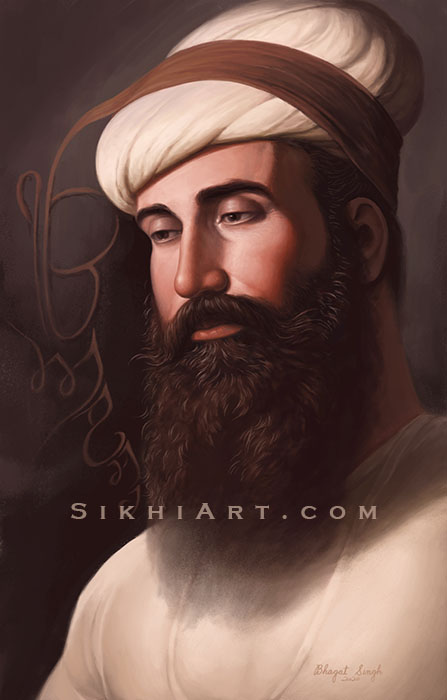 This content was originally shared by Bhagat Singh (SikhiArt) via email newsletter.

“With my eyes I look, and I see none other than Hari. My eyes are lovingly fixated, and I cannot speak of anything else.”

I noticed that I hadn’t done any sketches or paintings of Guru Angad Dev ji. So I had to take some time out and paint Guru ji in a meditative state.

Despite wearing His high quality, clean, white robes, He went into the fields and helped Guru Nanak Dev ji carry the crops back and was covered in dirt and the black liquid from the crops.

This painting arose from a state of devotion and surrender. I wanted to capture that feeling at its highest level but I wasn’t able to show this Sakhi along with it. However I still wanted to show an iconic feature of Guru Angad Dev ji and highlight that in this painting.

Guru Angad Dev ji instituted the Gurmukhi script. He built schools for children and taught them. He promoted physical activities such as wrestling. He carried forward Guru Nanak Dev ji’s tradition of langar as well as His teachings.

Any of these Sakhiyan would be iconic to show. However since this was a portrait, I decided to incorporate the Gurmukhi alphabet into the painting, by featuring the first five letters.

The Grace of Shri Hari ji is always upon Guru Angad Dev ji and those who meditate on Him while carrying out their responsibilities. 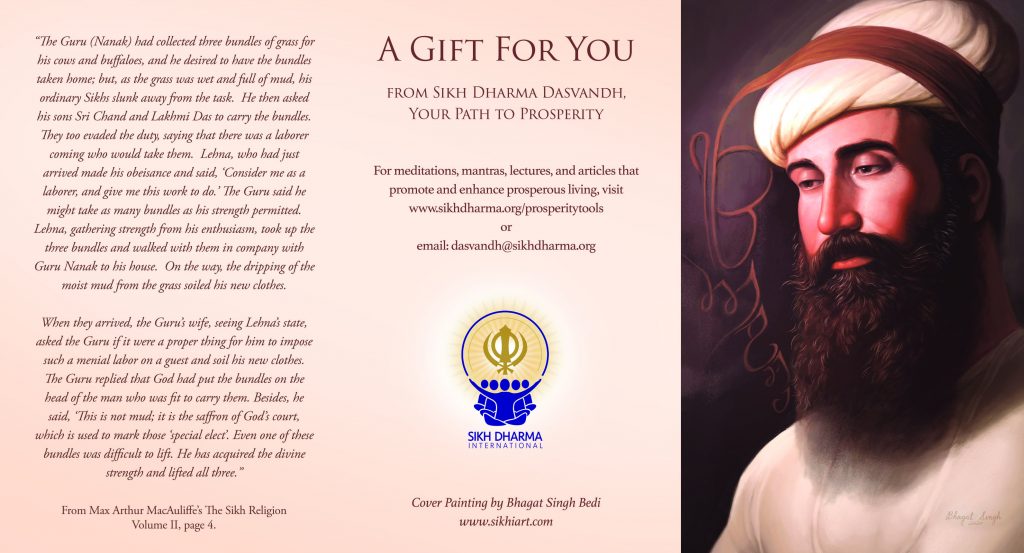