Seva is a basic human need. It is an expression of gratitude, compassion and connection, that brings our Dharma and our souls alive. Since we started the Journey into the Heart of Sikh Dharma (JHSD) telecourse in 2000, seva has been more and more of a focus.

One of our course sessions is dedicated to the pillar of seva. In addition to studying the history and concept of Seva, each student is asked to do two seva projects during the time they take the course. One is a Gurdwara project, in which they serve in a Gurdwara or in a Sikh community. For some course participants, this is their first experience of a Gurdwara. Others have been Sikhs for years and they are finding new ways to serve.

Some Gurdwara projects include Ishnaan seva; making Guruka langar and Guruprasad; serving in Gurdwara missals at Solstice; and organizing Akhand Paths and educational events. This seva is where Guru and the teachings come alive for the course participants.

The second project calls for the students to serve in their greater community, either individually or in partnership with other groups. As Sikhs, we have certain traditional ways of serving, organizing, and protecting that are much needed in the world today.

I suggest that we can also partner with other groups and serve together. My thought is that so many other non-Sikh people and groups are doing great seva, and I think that participating in programs that have been created by other groups is a beautiful way of connecting, learning, appreciating and serving oneness of humanity.

You might be surprised to know that some of the Sikh Dharma community’s ongoing seva programs were started as JHSD seva projects. Among these are the weekly Food for Kids program in Española,  NM, and at the Raj Khalsa Gurdwara in Virginia, serving food to school children. Another seva project has evolved into a weekly langar program at the Mother Ashram in Española.

[Editor’s Note: The members of the International Khalsa Council participated in the Española Food for Kids seva at their Baisakhi 2017 meetings. Here is a video.]

Some other programs that stand out for me are a JHSD student illustrating a spiritual children’s book in Finland; a student taking her veterinary skills to help elephants in Thailand; and another student created a Peace Park in Kansas City. Many students have served in free kitchens and homeless shelters, while others have gone out into the community to participate in interfaith programs or give talks about the Sikh path to those who have never heard of us.

All of our students have brought their unique skills to their projects and experienced the joy that is seva. I’m continually humbled by the dedication and creativity of these souls who bring the Dharma to life through their seva.

“…the spirit of seva just took me over. I was being fueled by Love, and I had the energy of 10 people! It was amazing!”—Sangat Dhyan Kaur, Millis MA (JHSD student)

“Seva was always a part of my philosophy; creating a seva project helped me to organize a schedule to make it a part of my daily life, to make serving others as a rhythm in my life.”—Siri Sevak Kaur, Los Angeles CA (JHSD student)

“Seva is the living embodiment of the Guru’s teachings. It is a path to uplift and care for our fellow human beings, which is a core value of being a Sikh and a Minister.”—SS Sarb Nam Kaur Khalsa, Espanola NM (JHSD student)

“The concept of ‘seva’ or service is what inspires this devotion towards serving humanity. ‘Karseva’ or selfless service is meant to be done without any desire of a reward. The aim is to simply serve, to bring joy or relief to someone else, to help someone who needs it. That sentiment is evident when Sikhs tirelessly devote themselves in community works.”—Nishi Jain, SikhNet 2016

For me as the course facilitator, one of the most inspiring examples of seva is that of the presenters in the Journey Into the Heart of Sikh Dharma telecourse. Over the past 16 years, they have offered their love and their knowledge in ways that promote a deep understanding and introspection so that students can deeply explore and live their relationship to Sikh Dharma.

Thanks to all of you who have and who continue to participate in this great ministry. The next round of JHSD teleclasses starts in September 2017. 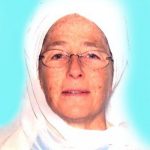 SS Mata Mandir Kaur Khalsa is an ordained Minister of Sikh Dharma. She began the Journey into the Heart of Sikh Dharma telecourse in 2000. As a pastoral counselor, she knows how to create safety and loving connection in a group. Her knowledge and deep love of Sikh Dharma serve to inform and inspire her students. Her “heart-full” presence fosters an environment that welcomes all questions, viewpoints, and experiences. Mata Mandir Kaur resides in the Guru Ram Das Ashram community in Herndon, VA with her husband, GuruGanesha Singh. She feels blessed to serve in the sangat of Raj Khalsa Gurdwara, which brings together Western and Eastern Sikhs and seekers to enjoy the delights of the Guru’s Path.