After a quick flight to Delhi, a manic layover where I had to leave the terminal and go back through security (with no prior directions to do so), I made it to Chennai. It is hard to convey the sensation that overcame me. At the first glimpse of the palm trees soothing warmth swept over my body and an uncontrollable grin stretched from one ear to the other. My fellow passengers must have thought I was on something! I suppose that something was the rush of vitamin D that I was regularly denied in foggy Punjab.

I hitched a bus to Pondicherry and took in the landscape with the remaining light of the day. Tamil Nadu is stunning and lush. Verdant does not do it justice. Women walk around in brilliant floral saris and their hair drips with jasmine and marigolds, which contrasts their stunning dark complexion. Everywhere you turn you see a work of art, yet I couldn’t bring myself for nearly the whole week to snap photos. I felt the camera would separate me from the intoxicating world I explored.

I reached my hosts by 10 at night. The Rousseaus made me feel instantly at home in their rented home outside of Auroville; an intentional community envisioned by disciples of the spiritual teacher Sri Aurobindo.  We chatted and I caught up with my good friend from my days at University of Oregon, Amélie. The clock showed five ‘til midnight, so we ascended to the roof to see the new years celebration of the small town of Allankupam.

Some young men played a midnight game of cricket across the way and all jumped and shouted once midnight struck. A few boys on bicycles rode by wishing us a happy New Year. And off in the distance, above the silhouette of palm trees on the horizon, we saw the flash of fireworks. More than anything, though, the town was quiet and dark. We just shared each others’ company and appreciated the moment.

The next couple of days were a blast. Amélie’s mother lent me her moped, which gave Amélie and I the freedom to explore the dirt trails that connected the various locales in Auroville.  Auroville is difficult to explain. Essentially, it is the product of a vision of a large intentional society of no particular religion to live in harmony with each other and the earth based on the principles of Sri Aurobindo’s teachings. It has come a long way in the last forty years since young inspired people from around the world started planting trees in a barren expanse near the city of Pondicherry, which housed the Ashram founded by Sri Aurobindo. 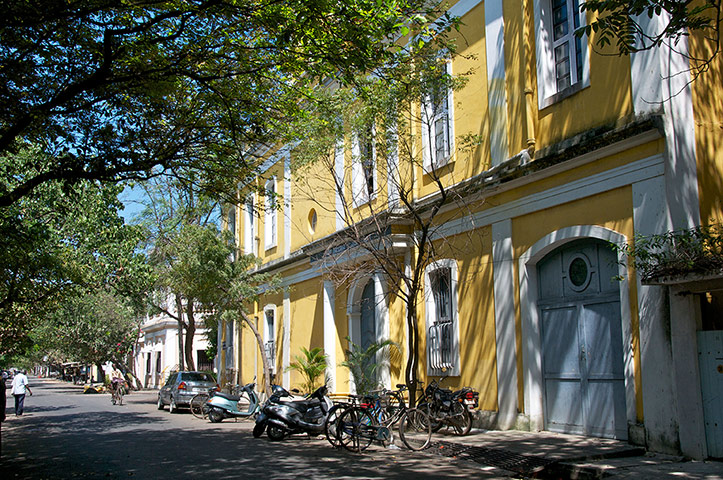 Today, it is essentially a loosely connected town in the jungle. And more often than homes and business, the establishments in Auroville are often NGO’s Pondicherry is another world. It is the only city, which I have visited in India that holds a real ‘sense of place’. What I mean is that often, Indian cities, to me, feel very disjointed and difficult to navigate. Whereas in, say, San Francisco, one feels a real sense of unity and navigability. Pondicherry feels more like a San Francisco than an Amritsar. with specific missions where volunteers come to learn about a multitude of things from organic farming to sustainable architecture. I say it is hard to explain, because Auroville is far more nuanced than what I can offer, but I suggest you investigate it and the teachings of Sri Aurobindo for yourself. I was inspired by his ideas and teachings and felt very at home as a Sikh among those inspired by his teachings.

The streets are wide and traffic flows well (people actually obey traffic lights! What!),the streets are comparatively clean, and people relax in the shade in public parks and on the ocean boardwalk. The city is planned on a grid and you can always find your way if you find the central artery that is Canal Street. Auto rickshaws are pleasantly painted green and bright yellow and the less common cycle rickshaws are all beautifully hand painted works of art.

We explored the bulk of the area near the ocean. My favorite place was the covered pedestrian market where shoppers could by cloth, flowers, fruits, fish, and other home provisions. Everyone kept calling me “Ji,” which gave Amélie a kick.

Since the majority of people in Tamil Nadu do not speak Hindi, they often tried to practice their bit of Hindi with me. As a visible Sikh, they took me for a northerner and would ask simple questions or give simple Hindi greetings like “namaskaar.”
A handful of people stopped me to share their experiences with Sikhs. One very old man, who looked like a pundit or holy man, stopped to chat as we drank fresh coconut. In Hindi, he said, “I am from Gujrat and have visited the house of Nanak who is a teacher of the highest of the high.” And from Guru Nanak’s Jap Ji, he quoted, “Aad sach, Jugaad sach, Hai bhee sach, Nanak ho see bhee sach.” True in the beginning, True through all the ages, Nanak, truth will always be. Along with the kind old man, others would simply look and say Waheguru or praise the values of the Sikh Gurus’ teachings.

Being in a place so intertwined with the life and teachings of a spiritual teacher inspiring. It reminded me that truth has no single identity. True teaching simply is or is not. When people are inspired to live more honestly and accept themselves as the embodiment of an aspect of infinity, it does not matter the form of that teaching. As long as we move away from what Guru Gobind Singh calls “I-ness” toward “us-ness” what more can we ask for? Many of you may have seen “Life of Pi,” which begins in Pondicherry, to me its message of unity rings true.

“Hindus, in their capacity for love, are indeed hairless Christians, just as Muslims, in the way they see God in everything, are bearded Hindus, and Christians, in their devotion to God, are hat wearing Muslims.” 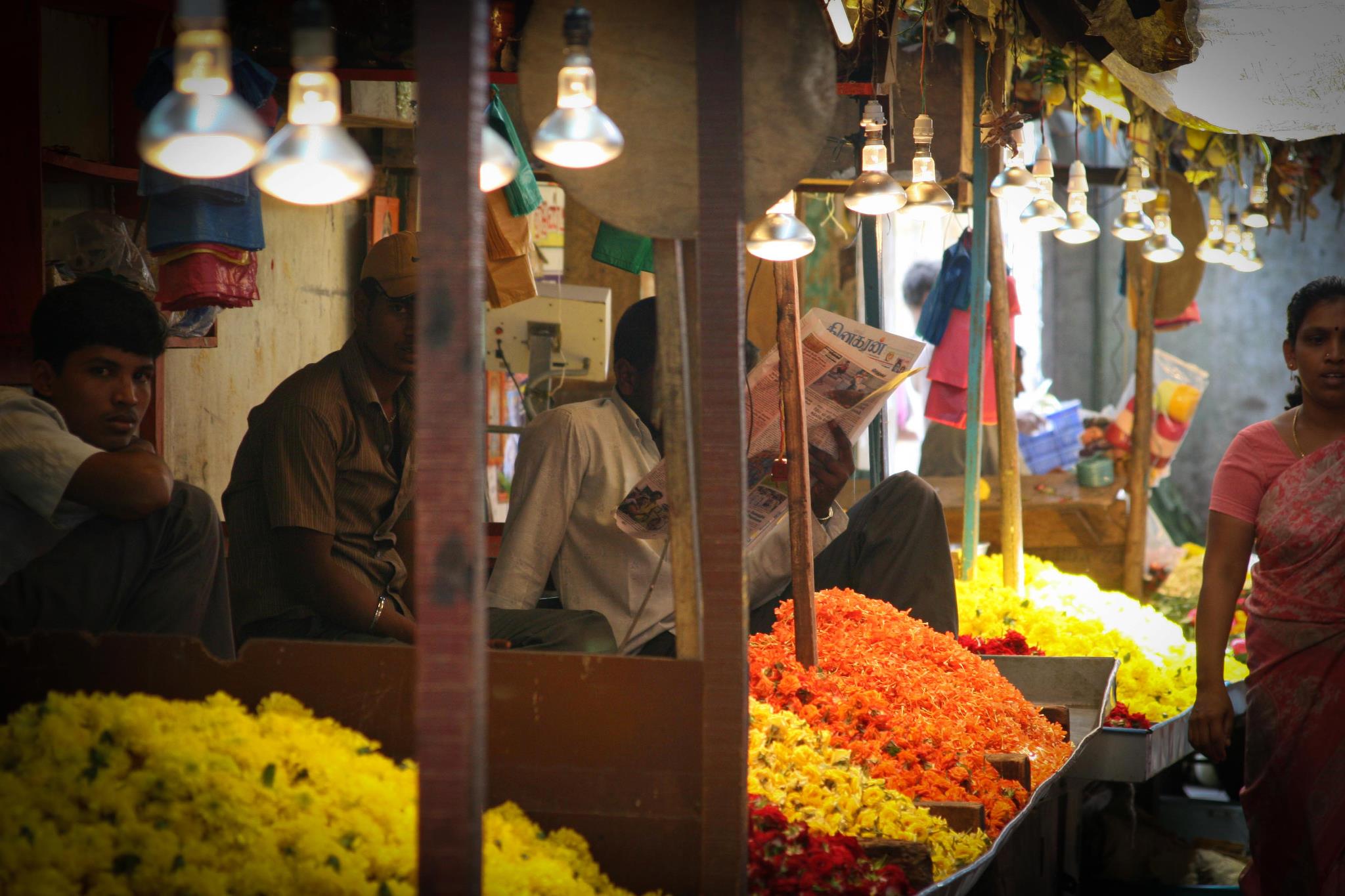