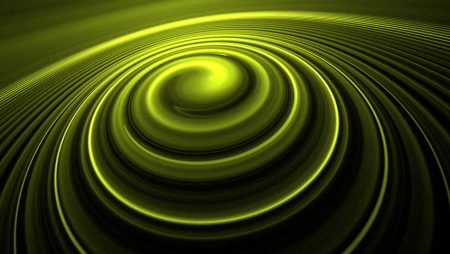 It’s a beautiful, crisp November morning in northern New Mexico. We’re gathered under the cottonwood trees waiting to carry the Siri Guru Granth Sahib—our Shabad Guru (sacred scriptures revered as the “living” Guru for Sikhs)—in a procession to our temple.  It’s Guru Gaddee Day – the day that commemorates the installation of our beloved Guru—our teacher and guide to take us from darkness to light. We begin walking up Shady Lane with the Guru placed in reverence and devotion upon our shoulders. Some of us are talking together quietly, others are chanting, others practicing gatka—a Sikh martial art. Our unified focus is to honor and revere our Guru.

As we near the temple—the Gurdwara—I am greeted by a dear friend. We warmly embrace. She tells me that she was drawn to the Gurdwara from her home; that the energy created by the group compelled her to come. I share with her my experience of the procession—that I felt cleared and open. At least for those moments, the mental chatter was stilled, and my judgments and sense of limitation had simply fallen away.  We all enter the Gurdwara and reverently place the Guru upon the altar.

For the next few hours, we chant, sing and celebrate the words of the Shabad Guru together.  Later, toward the end of the services, the Siri Singh Sahib (Yogi Bhajan) speaks to us and says:

Today you took the Shabad Guru on your shoulders and went around with joy in your heart, with uplifted consciousness and with clarity of purpose. Today this clarity was understood.”

This statement was a revelation to me. His words indelibly linked the concept of Shabad Guru with the transformative experience of that morning.  As a result, Shabad Guru was clearly and personally defined in my being.  Throughout my life as a Kundalini Yogi and Sikh, I have continually been uplifted and fulfilled by singing, reciting and chanting the words of the Guru.  The power of the Shabad Guru is a key to Transformation.

The Shabad Guru is not simply a compilation of uplifting and inspiring words written by enlightened saints and sages and placed on the pages of a volume. In its simplest form, “Shabad” means “sound” and “Guru” means “teacher” or “knowledge that transforms you.”  Put together, Shabad Guru means a special sound that is a teacher.  That day, the Siri Singh Sahib defined the Shabad Guru as the sound that “clarifies the doubt of the mind and gives unity and essence to the man.” Those who wrote the verses of the Siri Guru Granth Sahib transcended individual identity and ego and spoke only of things unlimited. When we read, sing, chant and listen to those words, we are reminded of our excellence.  The confinement of the ego and the limited self is counterbalanced and the pressures and stresses of the times dissolve away.  We are given an infinite perspective.  Life flows.

Dev Suroop Kaur is a student and teacher of Naad Yoga and Kundalini Yoga, specializing in the use of sound for transformation and upliftment. She is also an accomplished musician and recording artist and leads chanting programs in cities throughout the United States. She earned her MBA from the Claremont Graduate University and works in New Mexico as a corporate executive at Akal Security.  Visit DevSuroopKaur.com to find out more.

This article originally appeared in the 2003, Spring Aquarian Times. 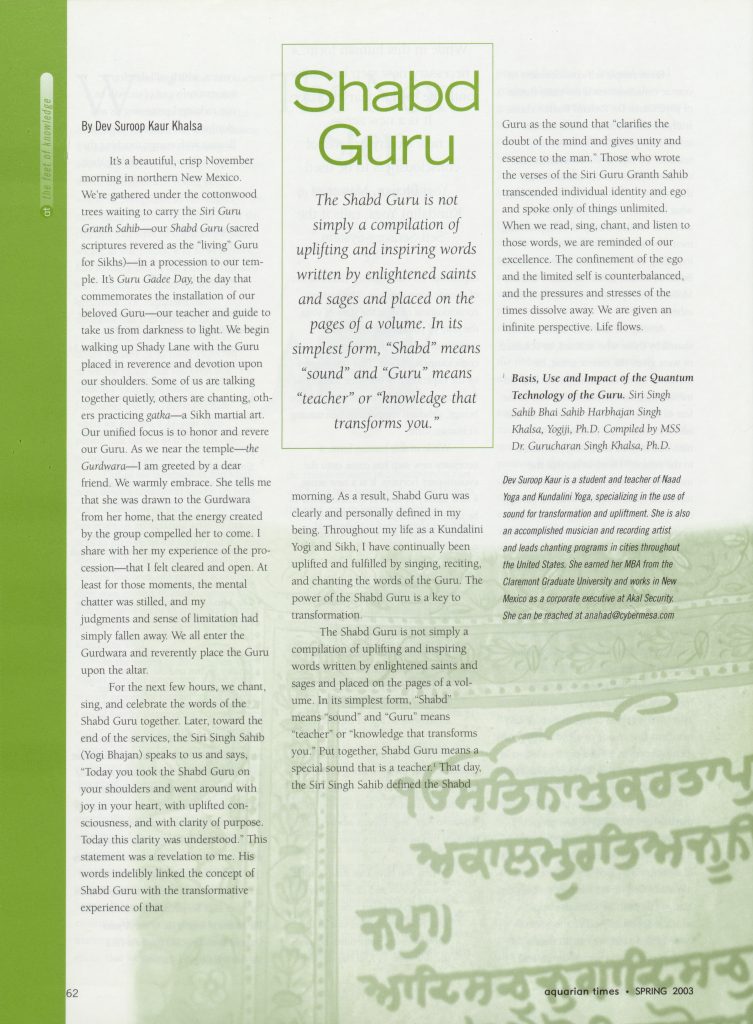