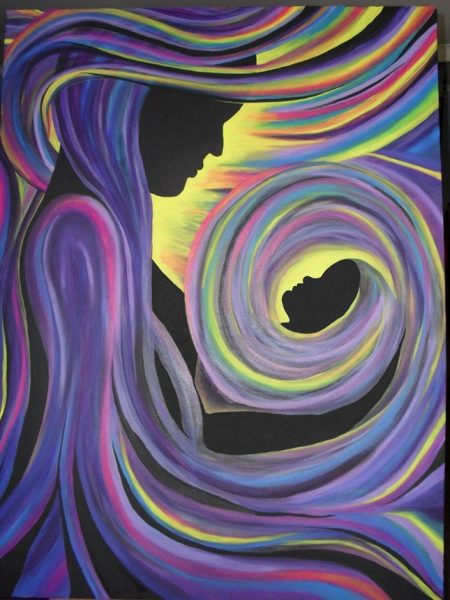 If there will be no respect for the woman, there shall be no peace on this Earth.

The mother who gave us life, who gave us birth, who gave us existence, who took care of us in those days when we were totally helpless—we hire that mother for a few dollars for our sensory satisfaction.

I am a worshiper of the woman, Bhagwati. I care for Bhagwati very much. I worship her in my heart. She is with me and the Divine Mother protects me all the time. I know my faults and my follies and I know my strong protection. That protection is stronger than anything I have realized in my whole life. Therefore I feel like just lodging a great protest with the world today. Don’t talk about peace, don’t talk about spirituality, don’t give us a message of Guru Nanak, Jesus Christ, Buddha, Rama, or Krishna. We have heard that. Give us something so that we may stop exploiting our own mother. Give us something so that we may tune into the cosmos to be worthy of our mother. Give us something so that we can relate to this creative power of the God which is the mother. Give us something by which we can honestly draw in our heart the image of Grace of the Mother. And, oh Lord of Lords of the time, if you have created this world, create those environments where everybody’s mother, sister, and every woman on this planet can live with grace and there shall be no circumstances in which she has to sell her beauty, sell her body, sell her being, or sell her consciousness to exist on this planet.

I do not know whether my tiny and feeble voice can be heard, but I am pretty sure I will shout it from those mountains. I will never rest on that planet on which woman is still being exploited.

With these words, and with this prayer of mine, on this most beautiful day which I relate to, it is a day to be reminded of my own source of energy. I bow to every mother and I also ask the would-be mothers to be graceful. And I ask every man who would seek peace to realize that peace doesn’t come by protests and rallies. Peace comes by peaceful actions, and so long as those born of the mother will not learn to respect the woman, there shall not be any peace on this planet. The day the woman will not be exploited on this planet, there shall be peace on this Earth.

“We talk about peace, tranquility, and good luck. But so long as those born of woman do not respect woman, there cannot be peace of mind, national peace, or peace in the Universe. So long as man does not have reverence for the primal force, his mental attribute will still want to exploit woman, reduce her, abuse her, and be angry with her. Every male achievement will be empty.”

Prayer to the Divine Mother by Yogi Bhajan

Blessed mother, the Ashtibhujaa, the jananee, the divine, nursing and nurturing, the source of all affection, love and courage, the symbol of divinity, dignity and grace, reality among all non-realities, power among all the impotence, and glow against all darkness. The destroyer of the demons, ill will and negativity – cleansing and purifying the strength of the self. Oh Creative Mother, the giver of freedom and strength, give us joy and happiness today and dwell in us forever so we can serve the Earth in Thy grace, love humanity in Thy name, and reach the ecstasy for Thy sake. Sat Nam.
~ Yogi Bhajan, July 4, 1994