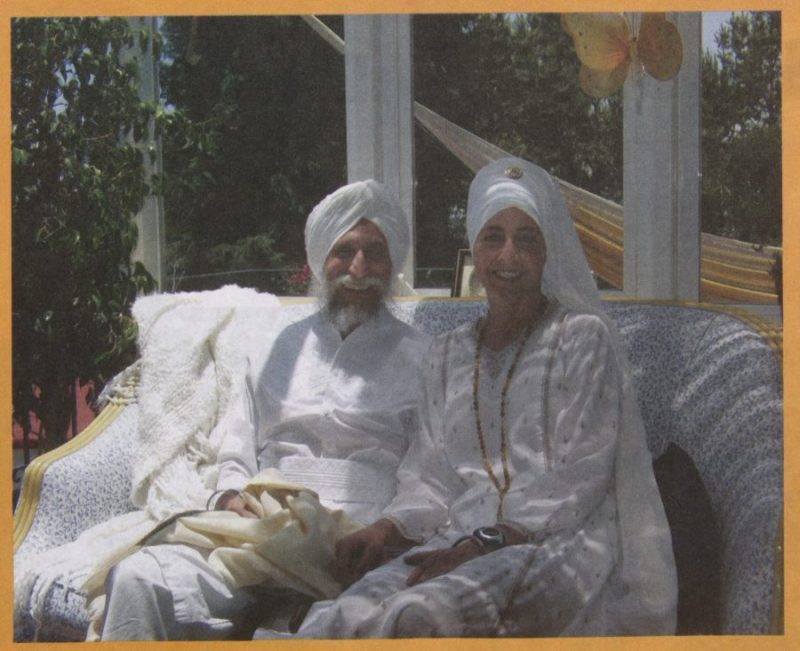 This article was published in Aquarian Times in 2007. It was written by Guruka Kaur Khalsa.

I was recently blessed to be in Mexico City with the community there as Babaji Singh Khalsa prepared for his great transition from this lifetime. I felt so privileged to share in this very sacred time of Babaji’s returning Home to God.

In the early ‘70s Babaji was the first teacher to bring Kundalini Yoga to Mexico, and today there are thousands of teachers and students throughout Mexico.

I have been visiting with this community for three years and went as a representative from International Headquarters, bringing prayers and blessings from everyone. I arrived with Nirvair Singh Khalsa, the General Manager of KRI, on a Thursday.

By God’s Grace, we arrived in time to present Babaji with the Proclamation announcing his honorary title of “Bhai Ji” (highly respected soul brother), bestowed on him by Sikh Dharma International in honor of his life work and his completion of a definitive Spanish translation of the Siri Guru Granth Sahib. We sat close to Babaji, on his bed, and read him the Proclamation. He indicated that he understood completely.

Before and after the reading of the Proclamation, a group of teachers, students, family, and friends chanted together to create a sacred space.

Friday morning and afternoon, Babaji was very quiet. Throughout the day, the room was filled with singing and chanting. I began repeating Japji Sahib (Japji helps the soul leave the body) and Sukhmani Sahib (Sukhmani brings peace to the mind).

In the early evening the completed Spanish translation Babaji had done of the Siri Guru Granth Sahib arrived and Babaji became highly animated. He was practically sitting up. He was so articulate, he complained that the cover of the Siri Guru Granth Sahib was not what he ordered, and he was able to read the opening Mul Mantra without assistance. Guru Amrit Kaur, Babaji’s wife of four years, completed reading the Japji in Spanish.

Then we moved on to a celebration, a great party. We chanted and sang lively Mexican songs and Babaji was very happy. Guru Amrit Kaur was surrounded by her beautiful daughters, Paulina and Tatiana, and her sister Carmine, as well as Guruka Singh, Babaji’s son. The family support in this group was very loving and beautiful.

Guru Amrit Kaur did a wonderful job opening their home to anyone Babaji requested to speak with and to anyone wanting to be with him. She showed an incredible spirit of generosity in sharing her last days with her very beloved husband. I was truly grateful to be included in this special time.

After the upbeat nature of Friday, Saturday was different. We all kept up—chanting, meditating, offering our prayers, Japjis and Sukhmanis, but on this day it became clear that Babaji’s condition had progressed to the point that he was no longer consciously with us. Though he was in the process of withdrawing and preparing to leave, we all felt the presence of his soul very powerfully. We gently spoke to his soul in gratitude for the work he had done in this life, and quietly conveyed our prayers that others would keep carrying the work forward.

It was a difficult day, but a very intimate one. Having suffered with cancer for many years, Babaji had recovered many times previously from being near death, but it was clear that this time he was transitioning out of his physical body—though his physical body still appeared to be strong.

Sunday started in the same manner, though now we were all more peaceful. Babaji’s breathing was slowing down and getting weaker. The rest of us did the Aquarian Sadhana. Then we chanted and sang for hours. While some beautiful music that Babaji and Guru Amrit Kaur both loved was being played, Jai Hari Kaur and I recited another round of eleven Japjis. When, a few minutes later, Guru Amrit Kaur saw that Babaji was barely breathing, we all stood around the bed and chanted Japji Sahib together.

Within a few minutes, he passed away and we all started chanting Akal together. Chanting Akal at the time of death guides the soul on its journey into the Akal Purkh, the Undying Being.

It was a beautiful and sacred death, and together we all learned and experienced the celebration of the departure of a great soul in the very manner that Yogi Bhajan taught and encouraged us to do. Later that night we cleansed Babaji’s body in the Sikh tradition and dressed it in full bana including a turban. He had a gentle smile on his face, and we brought him down to rest in the sadhana room, where many came by to say farewell.

In the morning we came together to chant Japji and share our stories of Babaji. At 11 a.m. some of us went to the crematorium. We recited Japji Sahib and repeated Kirtan Sohila until the body was cremated. Afterwards we went to one of Babaji s favorite local restaurants and celebrated his life, returning to the ashram in time for a Gurdwara service. We finished with a beautiful Langar.

I shall always be grateful I was able to go to Mexico to be with the community during Bhai Ji Babaji’s passing, for even in his passing, he was a teacher. In the process, I learned from Babaji, his family, and the sangat how to go through this great transition with beauty, joy, grace, and hope. 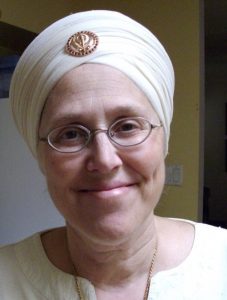