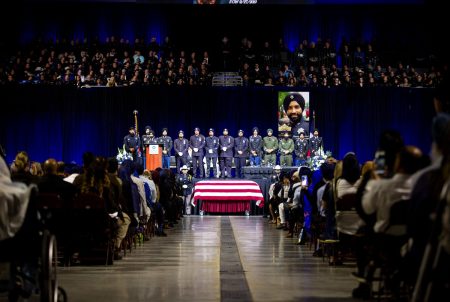 Sikh Dharma International honors the life and service of Deputy Sandeep Singh Dhaliwal who was killed on September 27, 2019 during a routine traffic stop in Houston.  Sandeep was the first Sikh Sheriff’s Deputy in Harris County, Texas and was respected by the community and his fellow Deputies alike. 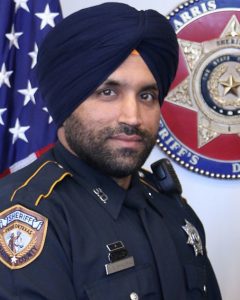 Sandeep Singh Dhaliwal was the first Sikh to serve as a Deputy Officer in Houston, joining the force more than 10 years ago. He was motived to become a police officer to educate the community about Sikhs, to improve relations between law enforcement and the Sikh community, and to serve his community in the best way he knew. Sandeep broke down long-standing barriers that prevented turbans and facial hair on police officers and proudly wore his turban on duty. He was well known as a man of integrity, giving freely of himself to serve his community with compassion, humility, and justice. He was 42 and is survived by his parents, a loving wife, and three young children. 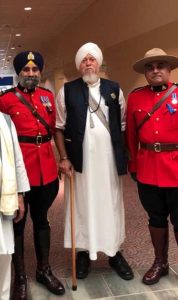 Representatives from Sikh Dharma International joined thousands of Sikhs and law enforcement officers from around the country on October 2nd to pay tribute to Deputy Dhaliwal at the Berry Center in Houston. Sikhs are known for their work as first-responders in law enforcement, fire, and medical in cities and towns all over the United States. Many Sikhs came to Houston, proudly wearing their uniforms, as a sign of support and solidarity for their fallen brother.  Harris County Sheriff Ed Gonzalez, who worked to change the Harris County dress-code to allow Sandeep to join the Sheriff’s Department with his turban, remembered him as “a man of dedication, faith, love, and compassion.”

There are no words to express our gratitude for the life of service and sacrifice given by Sandeep Singh Dhaliwal and all first-responders who serve with grace and integrity while putting their lives in danger every day.  May the hand of God bring comfort and support to his grieving family.  Sat Nam. 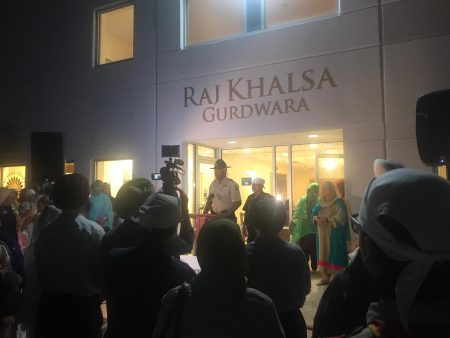 A candlelight vigil at Raj Khalsa Gurdwara in Sterling, VA to honor the life of Deputy Dhaliwal