The Guru has made my life richer, deeper and more valuable than anyone could ever have imagined possible. This spring, the Guru carried me through the end of my life-destiny and helped me to restart a new one.

What follows is a shortened version of a much longer, beautiful story:

This spring I reached a point in the long-term painful deterioration of my spine where it was necessary to have a surgical procedure called a “laminectomy” of my entire lumbar spine.

The day before the surgery I taught for ten hours in a Kundalini Yoga Teacher Training. That night I sat with the Guru and asked for His guidance. The Hukam was all about death and detachment. I asked for any further illumination and the second reading was also about death. A final third Hukam underscored the same theme. What should/could I do?

I re-read the passages. There was a recurring theme in all three Hukams – Trust God! Don’t worry; trust God. Why do you doubt? Trust God. I heard it and I obeyed. To me, Guru and God are the same. So I never thought to cancel the surgery. I felt no fear. Trust God, the Guru said. So I did, as I always have done.

Early in the morning, I held the surgeon’s hands before we began and told him they were “God’s hands” and I was blessed with the work he was about to do. He looked stunned but smiled. I went through the five-hour surgery successfully, but due to severe nerve compression, there was enormous pain as the nerves awoke. 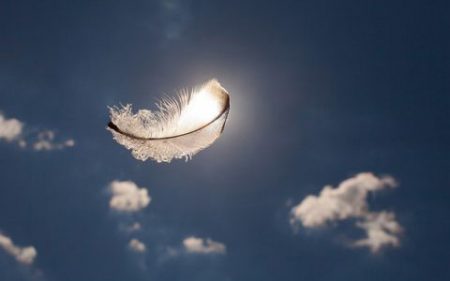 Then, in the Amrit Vela of the fifth morning, a guardian angel came to me and said simply, “You are being welcomed Home with honor.”

A few hours later I suffered a complete respiratory collapse. My husband found me. I was intubated and on life support for two days while surgeons dug into my lung airways, looking for a cause. They found nothing significant.

Two nights later, after being extubated, as I was resting I went into a spontaneous state of rapture. I saw and felt Prasad being thrown over me, and all at once I was taken directly Home. The words greeting me were “You are welcome home with honor. You have completed your destiny.”

To my surprise, my first encounter there was with the compassionate saint known as Mother Mary. Beside her, Jesus. Then our beloved Guru Ram Das and our dear teacher Yogi Bhajan. This was the exact order in which they had come to me from childhood into adulthood! All were so welcoming and comforting.

There were many others as well, yet they all spoke with one voice, the voice I knew from childhood as God’s voice. They/He told me I did not have to come back to this life again; my job was done.

I accepted all of this without question. Later I saw another destiny, an offshoot of what I had completed, that I knew I was singularly qualified to accomplish. And so I took it on, even though I was told that coming back here would be “hard.”

I re-entered the body with a “Pow!”—propelled by an immense slingshot across the universe, my eyes popping open. The continuing journey of recovery, after 31 days in hospitals and now nearly five months since, has brought many eye-opening experiences.

From the first day of my return, I knew that it was critical to re-capture my sadhana, especially Japji. I could not have imagined how hard “hard” would be. My cognitive functions had been badly disrupted. I did not recognize the sounds of Gurmukhi from the first hearing of the Mul Mantra. What a shock! These are the sounds of my soul. 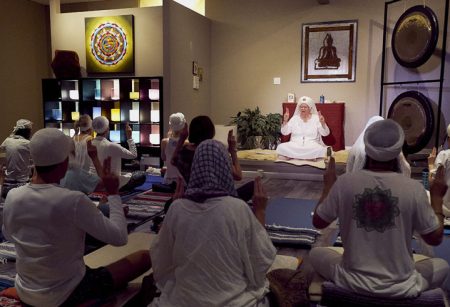 Slowly, over three days I reawakened that special connection. From there I began to coordinate speech, the ability to write cursive and print, and to take notes as doctors spoke with me. Japji kept getting stronger, as did my pranayam. Walking and balance had to be rebuilt as well.

Now I am once again teaching full days in Kundalini Yoga Teacher Training, stepping across a room with relative ease, doing some yoga postures (but not quite ready for prime time in that regard).

From an outside perspective, one might think nothing so monumental had happened. But it did happen and I live to tell the story, to speak the truths the Guru has shown me—that the great saints do exist, that they are pulling for us from their revered home in the Fourth Etheric Realm of Brahm Prakash, and that it is time for us to live as God’s true servants to elevate this planet from its neediness, loneliness, and states of unconsciousness. The light lives in all of us. We simply need to shine. 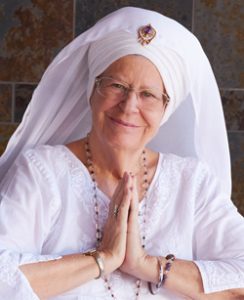 SS Sangeet Kaur Khalsa has lived and taught the science of Kundalini Yoga and the technology of the Siri Guru Granth Sahib for four decades. She is a KRI Senior Lead Teacher Trainer for all levels, having been molded directly by the Siri Singh Sahib Yogi Bhajan. She has been a Sikh Dharma Minister since 1993 and a member of the International Khalsa Council since 1998. A former New York corporate executive, Sangeet Kaur moved to Phoenix in 1987. Her Womanheart Retreats have elevated women from across the USA, Canada and Europe for 25 years. She is also well known as a master numerologist.