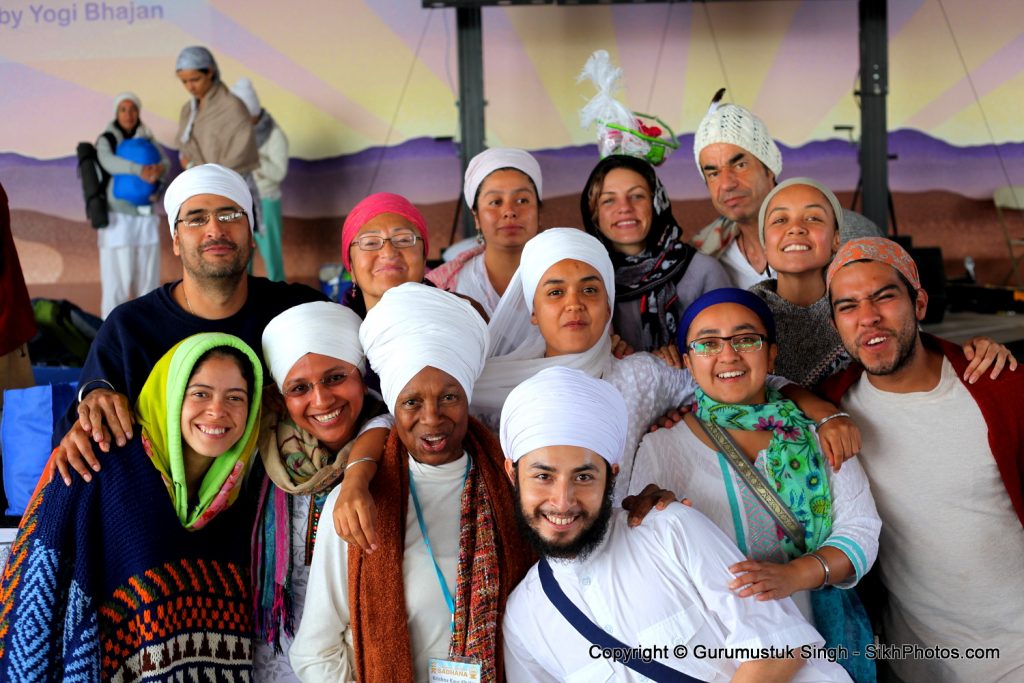 Throughout human history, ideas have traveled from their places of origin to almost every corner of this planet. Sacred practices and doctrines have also migrated. But sometimes these things have been taken with little or no respect for the significance or context of the sacred by those in positions of power. Today, we identify this behavior as being cultural appropriation. What does this mean for our relationship to the practices of Kundalini Yoga and Sikh Dharma?

Spiritual traditions are like rivers which are made up of tributaries of ideas, flowing and merging together as they move through time and space. Yoga, originating in India, has migrated around the world and people can be seen practicing many varieties of yoga almost everywhere. This is also true of the spiritual traditions of India, like Buddhism, Hinduism and Sikhism.

Sometimes this is due to the fact that people of Indian origin have emigrated to many locations around the world and they have brought their sacred traditions and practices with them. But it is also due to the phenomenon of people from other countries traveling to India or searching out resources to learn these traditions and practices. History continues to demonstrate a fluidity and sharing between traditions.

The question of appropriation arises when these practices are adopted without respect and gratitude to the culture of origin or claims ownership or superior understanding. As a system of traditional ideas and practices is adopted by people outside the culture of origin, there is a hidden promise of fresh insights, but they may only be universally integrated when they are born out of deep respect for what came before.

The concept of “union” within Yoga and “Oneness” at the core of Sikh Dharma invites us to explore how we can bring our holistic being as individuals, from different walks of life, to these practices. There is no requirement for practitioners of Kundalini Yoga to embrace the Sikh path, though some have made that choice. Some have stepped fully onto the Sikh path, while others have chosen to only practice those Sikh teachings with which they find alignment to their core identity. And even some have chosen to wear a turban and uncut hair based on yogic or ayurvedic teachings.

When choosing to wear the turban, it is important to be aware of its history and significance. Sikhs are recognized by their turbans and uncut hair, and many have sacrificed and been martyred for the right to wear these articles of faith. At the same time, Sikh Dharma has a history of diversity and fluidity with some making the commitment to represent the Sikh ideals of the community by wearing turbans and maintaining uncut hair, while others have chosen not to adhere to these identity markers.

The openness of Sikh Dharma to all walks of life is exemplified at the most sacred temple, the Harimander Sahib (Golden Temple) which has its doors open to all four directions, welcoming people from all traditions to partake in the sacred music and eat freely in the Guru ka Langar (community kitchen). While Sikh Dharma does not encourage proselytizing or recruitment of followers, there is a long history of people self-initiating their own adoption of Sikh practices.

During the time when the Sikh Gurus were alive, it was common for many people who were attracted to the teachings of the Gurus to become Sikhs (lit. students of the Guru’s teachings) – a practice which continues today. Also, as Sikhs do not follow the caste system, conversion has been a common method for people born into low caste families to step out of that system entirely.

Although it can be hard to separate the Punjabi culture from the spiritual doctrine and practices of a Sikh, more members of the worldwide Sikh diaspora now accept this distinction. And, just as we do not expect all Christians to be from the Middle East just because Christ was, it is not required that a Sikh must have a Punjabi heritage. Like other faith traditions, within Sikh Dharma, it is accepted that the wisdom and practices tend to spread, regardless of international boarders or cultural groups – in fact, it is a stated commonly-held intention.

All faith traditions borrow, share and adapt with each other and their surrounding cultures. Guru Nanak, himself, must have picked up many ideas while traveling on foot more than 40,000 miles, over 24 years. Ideally, as we live our lives, we pick up the gems where and when we encounter them. Could there be too much importance put on the idea of cultural purity? Perhaps we all become stronger when we share with and honor each other.

One of the most powerful aspects of both Kundalini Yoga practice and Sikh Dharma is the use of the Sacred Sound Current – Naad – Mantra – Shabad Guru. This technology uses sound to invoke and initiate an experience of communion with the Infinite Divine – God. The source of many of the mantras used in Kundalini Yoga is mostly from the Sikh scriptures which have been sustained and protected by the Sikh community for over 500 years.

One of the ways that we can demonstrate our gratitude for these sacred sounds is to observe a high level of respect for the deep significance of these words. As we chant them, they manifest the presence of the Divine – they are, themselves, a sacrament. It is important to recognize that some Sikhs may be offended if traditional protocols of respect are not followed.

There exists a system of giving out Sikh spiritual names to Kundalini Yoga students. They are given with the best of intentions, but sometimes these names are used with casual disregard. Still, the hope is that it may be a stimulus to help a person make a commitment to change and be a starting point to embark on a new life with new meaning and purpose. By respecting the Sikh origin, understanding the meaning of the name and experiencing the power of the sound current, a person’s life may be guided and uplifted.

Striving for humility is at the core of the technologies of Kundalini Yoga and/or Sikh Dharma teachings. Spiritual study is a lifelong commitment and requires a willingness to embody authentic appreciation for all sources of knowledge – never assuming that we know more than anyone else and being ready to share and ready to listen. In gratitude we can carry these sacred teachings, we can share theses divine experiences – remembering to demonstrate our appreciation and respect to the cultures from which these teachings have come.

Note: This statement is an expression of my personal opinion and does not represent the official views any organization and is intended only to help in the understanding of this complex and polarizing topic. I apologize for any misstatements of facts or over-simplifications contained in this statement.