Waking up early can be a daunting task, especially when you first attempt it. Nevertheless, being an early riser can significantly boost your personal productivity, so it is an essential routine.

Here are some wake up early quotes that help motivate you when getting up at the break of dawn (or earlier):

1) “Lose an hour in the morning, and you will be all day hunting for it.”

2) “One key to success is to have lunch at the time of day most people have breakfast.“

5) “Every morning is a beautiful morning.”

6) “The time just before dawn contains the most energy of all hours of the day. This has helped me become an early riser and an early doer…. When I wake to see that it’s light out already, I feel the world has started without me.”

7) “It is well to be up before daybreak, for such habits contribute to health, wealth, and wisdom.”

8) “I would have it inscribed on the curtains of your bed and the walls of your chamber: “If you do not rise early you can make progress in nothing.” ~William Pitt Chatham

9) “The difference between rising at five and seven o’clock in the morning, for forty years, supposing a man to go to bed at the same hour at night, is nearly equivalent to the addition of ten years to a man’s life.”

11) “Early to bed and early to rise, makes a man healthy, wealthy and wise.”

13) “Early rising not only gives us more life in the same number of years, but adds, likewise, to their number; and not only enables us to enjoy more of existence in the same time, but increases also the measure.”

14) “I never knew a man come to greatness or eminence who lay abed late in the morning.”

15) “Morning is an important time of day, because how you spend your morning can often tell you what kind of day you are going to have.” 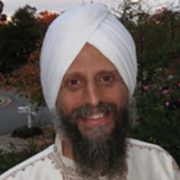 Satwant Singh Khalsa has been teaching and practicing Kundalini Yoga under the guidance of the Master of Kundalini Yoga, Yogi Bhajan, for over forty years. Having also worked in the corporate world for two decades, Satwant Singh is at home in both the Sadhana Room and the Board Room. A KRI certified Kundalini Yoga Teacher, he teaches at Raj Yoga Center and Sat Nam Fest. As one of the Herndon Ashram community leaders, he serves on the Administrative Council, the Sadhana Committee, helps manage the Raj Yoga Center, and is a Board member and Treasurer of Sikh Dharma of Virginia. He now serves as Executive Director of the Siri Singh Sahib Corporation, a non-profit organization, which manages the family of organizations the Siri Singh Sahib, Yogi Bhajan established.