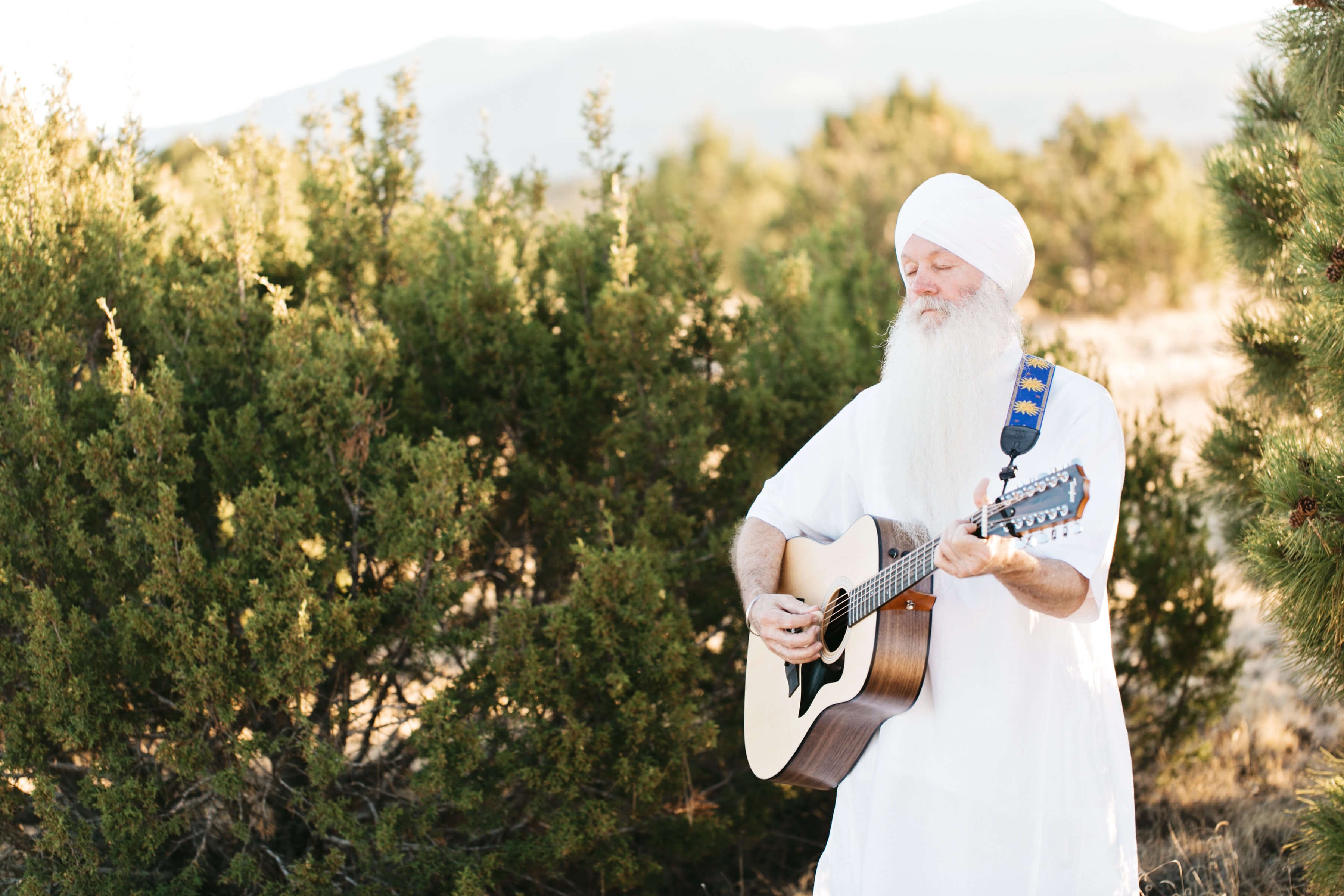 Here’s Livtar Singh’s story of the track ‘Beyond the Far Horizon’ from his new album ‘Mountain of Smoke.

Beyond the Far Horizon, there is….nothing? We are hurtling through space, moving in every dimension, yet we never move at all. This observation sounds like nonsense because it has two opposite points of view. One is looking from the outside in, the physical world illusion. The other is looking inside out, from a single point of consciousness, as the observer.

This song is about perspective, perception, and reality.

It’s at once about two aspects of life. The folly of worrying about what’s next, and transcending the concept of “what’s next”.

If you can get a grip on your how you deal with your experience in the physical/mental realm, it will help you achieve the “inside out” view.

As you move through time and space, your horizon always moves with you. You can never reach the horizon. As you approach it, it moves. There is no end, one of the characteristics of God.

If you stand and turn slowly 360 degrees. Whatever you can see, that is your “pod of Reality”. The bubble that you live in. It is defined by your visual horizon. It changes as you move. In a building, in a car, in an airplane, wherever you are. It’s always changing.

If you tilt your head down slightly and turn 360 degrees, you will see a different view of the same stuff. Now, if you look straight down then roll your head straight up to the sky, you see totally different things, though you are in exactly the same spot. Lay your head sideways on your neck and spin around. It’s the same view, but sideways. it looks very different. There are infinite ways to look at your environments from one spot, right where you are.

Even if you spend years trying every angle there is to look out from where you are standing, you might think you saw them all. But if you start over again, you are now looking at the same things but they are older! They are different from the last time.

Around every corner, there are new horizons. Whether you are inside a box, or on a mountain, you have infinite variations of how your horizon can be viewed.

Even in the physical, “real” world, there are endless clues that it isn’t a finite box with well defined sides and limits. There are infinite perspectives and possibilities in every place, every moment, every thought…everything.

That constant change is our greatest cause of fear. But It should be our greatest comfort. It is in constant flux and turmoil as the exact opposite of the unchanging real self which sits in perfect peace watching the play unfold. It tells us there is a real, unchanging, undying, fearless, desire-less, nameless self inside.

So to create a living moving play, which we call life and the Universe, the One had to build in time, which means movement. The Earth falls through space at nearly a million miles per hour. This creates the illusion of time.

If everything was frozen like a photograph, not moving, there would be no action, no talking, no moving, no Life, no reason for a Creation.

So what moves? Everything. We move. The wind moves. The Ocean moves. The ground moves. The atoms in our bodies vibrate and move. The Earth spins a certain speed. The Earth orbits the Sun at another speed. Our Solar System orbits around the center of our Galaxy at very high speed.

You may be cruising along in your daily life thinking you are in control. Actually you are on a planet spinning and hurtling through space at an unimaginable rate.

Now imagine you really want to change what’s coming next. You will have to position yourself in space, put up your hand like a crossing guard, and yell STOP as the Earth hits you going 1 million miles per hour.

That’s how much chance you have of changing what is to happen.

What can you change? Your own mental environment.

You are a single, infinitely small point. The energy exchange creates the illusion of space and time, coming and going.

This song is about the journey from inside the moving and changing illusory world, to encompassing it. From inside the rib cage, to the timeless, boundless,. All the Galaxies, Universes, Worlds are only in the mind God, which is you.

And, as we shed the illusion of separation, the beloved is making itself known from inside out. The creation was made to create the illusion of “other” so there can be a lover and a beloved. The beloved recognizes itself and merges into light, into Oneness.

During our “time” in the cycle of incarnation, in the illusion of separation, we endlessly long to reunite.

Reuniting is always in our power, but may not be in our karma. So we go through the endless play…longing.