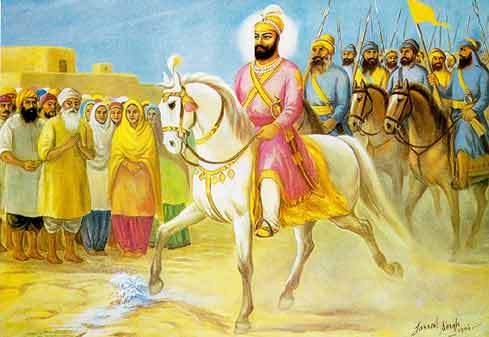 Chandu and other enemies of Guru Hargobind learned of the Guru’s military preparations, and claimed that Guru Hargobind was not only converting Muslims to his faith, he was raising an army to avenge his father’s death. With this false rumor, they tried to convince Emperor Jahangir that Hargobind posed a major threat to his kingdom.

The Emperor decided to investigate for himself and invited Guru Hargobind to Delhi. There, the Guru was treated with utmost courtesy. Jahangir discussed religious matters with him and found that the Guru’s principles and beliefs posed no threat whatsoever to him or his kingdom.

In a friendly gesture of hospitality, Jahangir invited Guru Hargobind to go with him on a hunting expedition. As they rode along, a ferocious tiger suddenly appeared out of the thick forest. When the Emperor saw the tiger about to pounce on him, he called out to the Guru to save him. Guru Hargobind, shield and sword in hand, jumped off his horse, ran in front of the Emperor, and with one stroke of his sword killed the tiger. After that Jahangir considered him a true friend, and often invited Guru Hargobind to go hunting with him.

In spite of their friendship, the Emperor was jealous of Guru Hargobind’s popularity. When he heard that the Guru was called Maharaj (“Greatest King”) by his followers, he wasn’t really convinced when the Guru told him that God is the only “King of kings.” Then an interesting thing happened.

A young grass-cutter, mistaking the Emperor for the Guru, bowed to him, made an offering and pleaded, “O True King, all earthly kings are false. I am a poor Sikh of thine; thy sovereignty is real and potent. Protect me at my last hour and extricate me from hell.” The Emperor remembered he hadn’t even been able to protect himself from a tiger, so how could he save this man’s soul? He returned the grass-cutter’s offering and, pointing to Guru Hargobind, said, “He is the True King.” 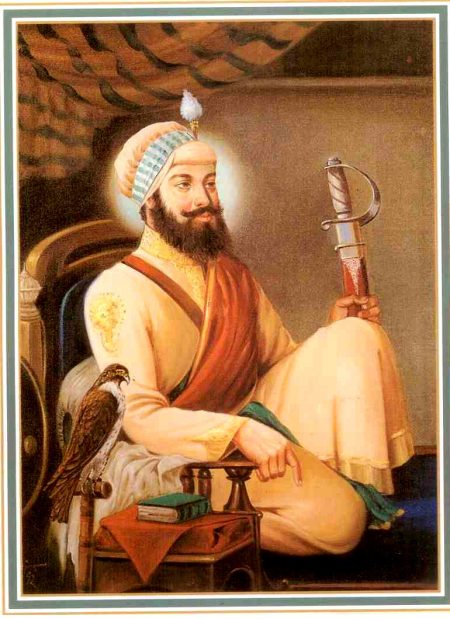 While taking the Journey into the Heart of Sikh Dharma Course, Dharamdyan Kaur was inspired by learning about Guru Hargobind Ji.  Here is her reflection on Guru Hargobind – I Pray My Presence May Be a Poem.