Hola Mohalla is the Sikh festival which falls in March and is a national holiday in India. Together the words “Hola Mohalla” stand for “mock fight”. During this festival, processions are organized and accompanied by large “nagara” drums and headed by Panj Pyaras, which proceed from one Gurdwara to another. The custom originated in the time of Guru Gobind Singh who staged the first such mock fight festivities at Anandpur Sahib, India, in 1701.

The foothills of the Shivaliks in Ropar district of Punjab‘s north-eastern region which hosts the annual festival held at Anandpur Sahib is now replicated at other Gurdwaras worldwide.  Started Guru Gobind Singh Ji Maharaj, our tenth Sikh Guru, to gather Sikhs together for military exercises and mock battles on the day following the Hindu festival with colors – Holi – reminds people of valor and defense preparedness, concepts dear to Dasmesh Pita Ji who was at that time was defending Sikhs from the attacks of the Mughal empire and the hill chiefs.

Over a period of a week, the Sangat organizes to cook and serve Langar , with provisions donated by the local communities, to the multitudes of visitors and travelers who converge in the area swelling the local population to numbers of perhaps a million people.  You’ll find Langars everywhere: in neighborhoods, along roads, and in Gurdwaras. This 3-day grand festival of mock battles, gatka exhibitions & competitions, display of weapons, bareback horse-riding with the rider standing erect on two speeding horses, and various other feats of bravery, as well as kirtan smagams, religious lectures, and poetry competitions culminates in a long, nagar kirtan (procession),  passing near Takht Sri Kesgarh Sahib, concluding at the original playing field – near the bed of the River Charan Ganga. 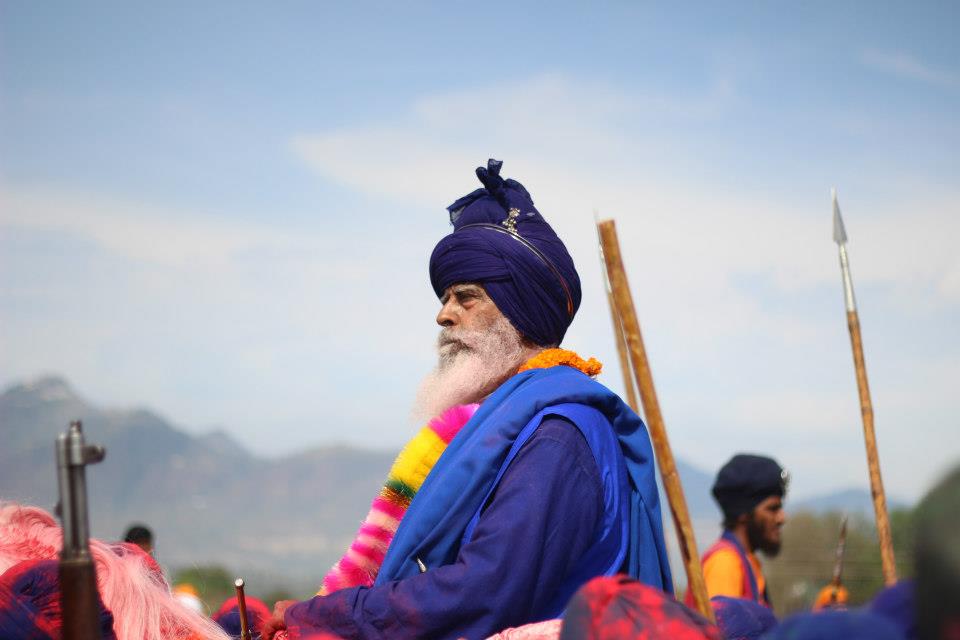