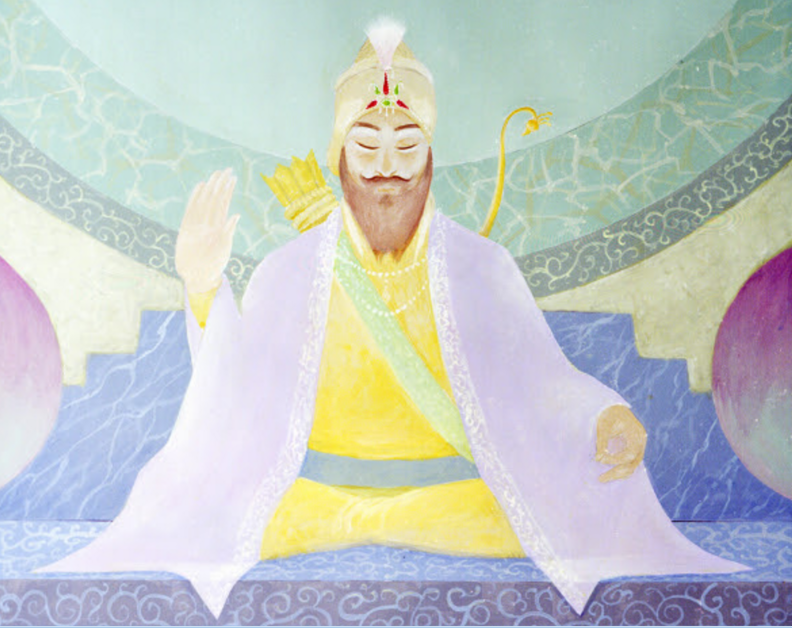 The Shabad Jai Te Gang cuts through your Karma and erases negativity. It brings strength, courage and inspiration.

This is a Mangala Charan of Bhagwati: an invocation of prayer to the Goddess of Primal Power, Bhagwati. She is associated with the sword to cut away ignorance that binds the world and us in it.

This shabad is a complete mantra that will temper a person in courage and grit, and increase self-esteem. This person will be able to cut through any negativity.

“If you sing, hear or relate to this Shabad from a begging bowl you will have royalty, imperial dignity and grace. This Shabad works like Sudarshan Chakra and cuts around the Karma like something invincible cuts, and slaughters an enemy, like a lawn mower cuts down grass.”  (Yogi Bhajan lecture – May 7, 1989)

When Guru Gobind Singh was Rishi Drist Dharam in Hemkunt Sahib, he served Durga in clearing duality and negativity from the world and from that she promised to assist him when he incarnated as Guru Gobind Singh.

After three and a half million years of meditation on God, Guru Gobind Singh merged with God and then God required he serve in clearing the tyranny from the world by taking the incarnation as Guru Gobind Singh. 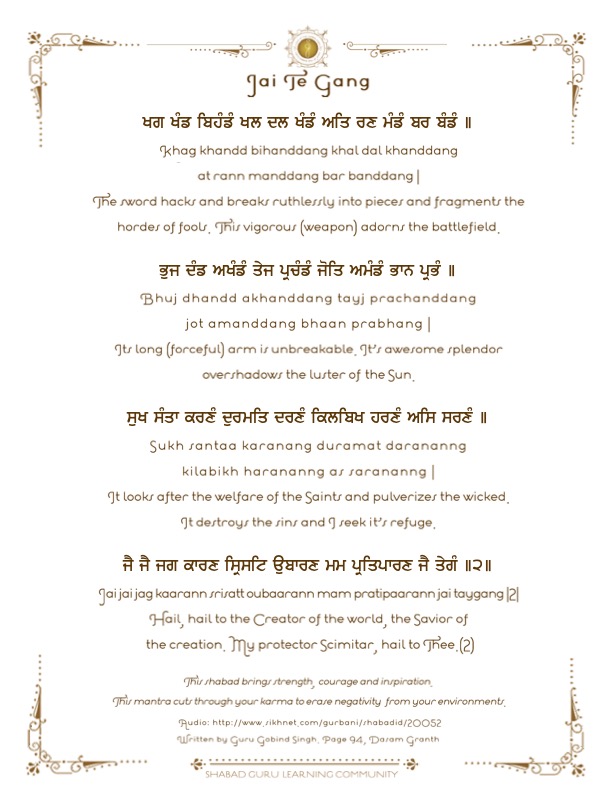