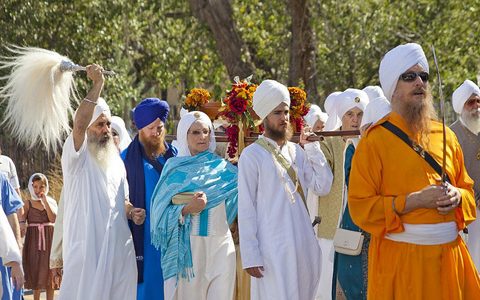 In Sikh Dharma, we surrender ourselves to the Guru. Our Guru is Siri Guru Granth Sahib, the physical embodiment of the Light of Guru Nanak and the collected writings of several Sikh Gurus and various Hindu and Muslim saints. Guru Arjan collected the writings of his predecessors, compiled them into a single volume, the Adi Granth, and enshrined that volume at the Harimandir Sahib in Amritsar.

Guru Tegh Bahadur later added his own writings to the Adi Granth. After his personal copy of the Adi Granth was lost or destroyed in the chaos of the violence rained down upon the Sikhs in Anandpur Sahib by Aurangzeb and the Hindu hill chiefs, Guru Gobind Singh recreated it from memory, codifying it in its present form. 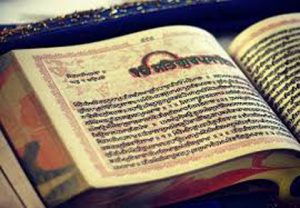 When I take a hukam in Gurdwara I try to get myself out of the way so that I can be a clear channel of the Guru’s wisdom. During the Ardas I will stand with my hands folded and my focus on Siri Guru Granth Sahib. I try to breathe deeply and let go of any preconceived notions I might have at that time.

At the conclusion of the Ardas, I bow and sit behind the Guru. I like to recite two couplets from Guru Arjan before I lift the ramalas and open the Guru. The first is from Bavan Akhree (The 52 Letters).

I follow that with the 20th Slok from Sukhmani Sahib:

“After wandering and wandering, O God, I have come and entered your sanctuary. This is Nanak’s prayer, O God: Please attach me to Your devotional service.”

I then open up the Guru and let it guide me to the hukam.  The Siri Singh Sahib once said in Los Angeles that the hukam should read in a “command voice.” I try to let the rhythm of the shabd guide my recitation of the Guru’s hukam. So I read it in a clear voice that the entire sangat can hear. It’s a wonderful way to serve the sangat and reinforce your relationship with the Guru. 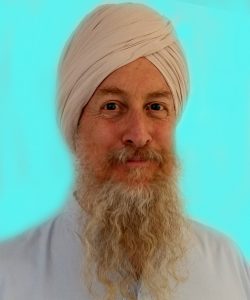