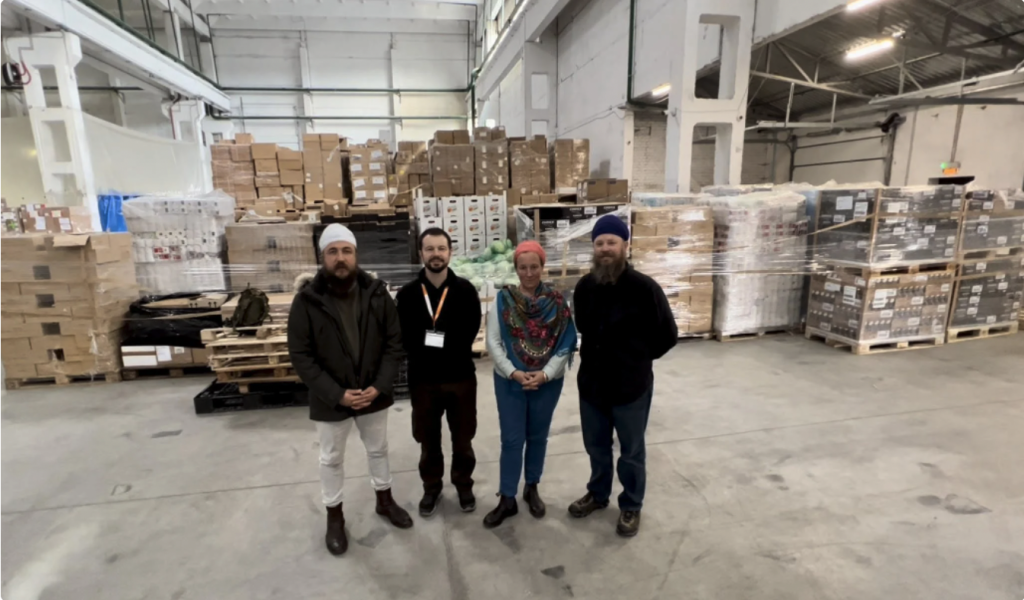 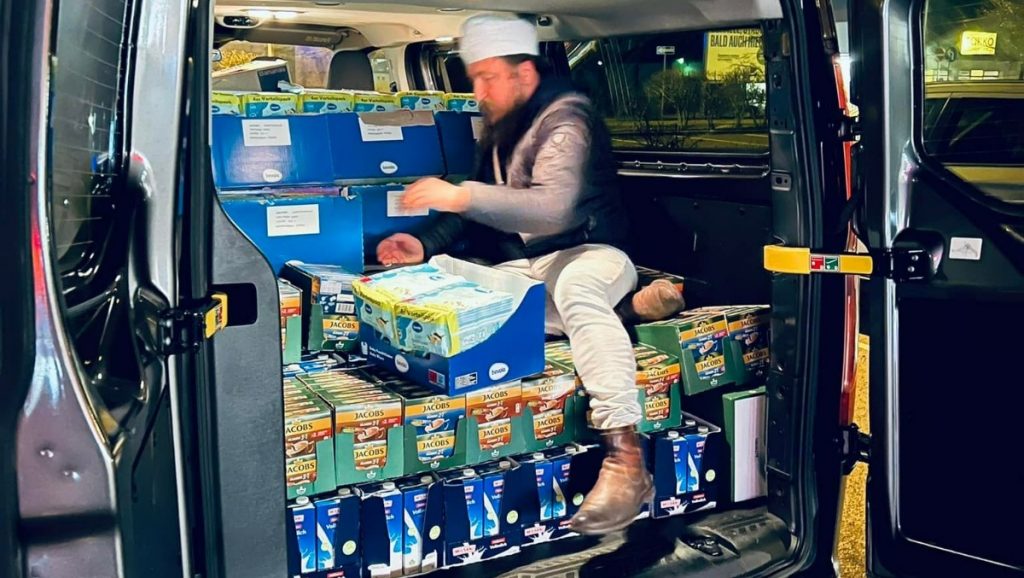 Europe is seeing the largest refugee crisis since World War II, and over the past weeks, our organizations have worked together to provide aid to the heart of Ukraine, where it’s most needed. Just this week, a 16 Ton shipment of fresh and canned food, or about 100,000 meals was delivered by our team to the Western Ukrainian City of Lviv, with its very large refugee population and a logistics distribution network that supplies much of the country.

“The Ukrainian people need all the help that is available,” said Siri Sant Kaur, CEO of 3HO Europe. “I’ve visited Lviv several times now, and their logistics network is often unable to plan even two days in advance because supplies get used so quickly. The most urgent need now is non-perishable food and medicine, even for common ailments that come from a low vitamin diet and weeks in bunkers. While we have delivered some food now, we are grateful that the Sikh American Veterans Alliance is readying a shipment of medicine from the US.”

Our planning team initially thought that we were bringing aid to Ukrainian refugee logistics operations, but after the first visit, we realized that a number of Kundalini Yogis were working in Lviv’s Civilian Defense and Aid NGOs. Denys Drachden, who before the war was the COO of Mitsubishi Motors in Ukraine but now manages aid sourcing in Lviv, wrote after our team’s initial visit that we had inspired him to re-engage with his practice of Subagh Kriya. “I started Kundalini Yoga four or five years ago. I just felt that this is the thing that keeps me alive. After we met here with Simran in Lviv (Note: Simran Singh, the SSSC’s Global Affairs Advisor), I realized that I needed to re-start my Kriyas until Ukraine’s victory. The team delivering 16 Tons of support now is proof that it works. In my experience, the Kriya starts to work after day 3, and this time I received significant cash contributions into our Aid accounts.”

“We initially envisioned that our Sangat would deliver aid to the Ukrainian people,” said Sahaj Singh, the Siri Singh Sahib Corporation’s President during his visit to Lviv. “We soon understood that it was our sangat delivering aid to our sangat, which was an emotional realization. We are now planning near-weekly shipments of non-perishable food and hope to send 15-20 Tons per week. Even that isn’t nearly enough, but it is something tangible we can do together during this horrible refugee crisis. As a worldwide community, we must think and act globally, together.”

In addition to food logistics, sangat sevadars have been driving a 3HO Europe van between the Ukrainian border, Warsaw, and Berlin to help circumnavigate human tracking networks as refugees enter Western Europe, and to bring supplies back to the border area. “In the Syrian refugee crisis, we saw mostly military-age men enter Europe. In this war, it is women and children, and so human trafficking networks are incredibly active, which is heartbreaking” said Simran Singh, the SSSC’s Global Affairs Advisor. “Something as simple as giving people a 10-hour ride from stretched Poland to a portion of Europa that still has capacity, can be a priceless contribution.”

We would like to thank the many sevadars who have made our work possible, with special thanks to 3HO Europe, 3HO Germany, Raj Khalsa Gurdwara in Virginia, Sikh Dharma International, the Malaysia Sangat, the Sikh American Veterans Alliance, and so many. We are strongest as a global sangat, living our values of service and support.

Sikh Dharma International and our partner organizations are matching up to $50,000 for medical supplies and direct aid for Ukrainian refugees.

Click on the link below to watch video coverage of the Ukrainian Refugee Relief Effort on YouTube: