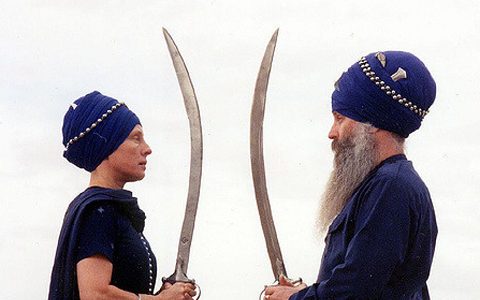 Bana and Bani are twin words, derived from the root word “BAN.” The expression “BAN” is generally interpreted as “habit, character or behavior of a person or a domestic animal.” Some are characterized as having a good BAN, others a bad BAN.

As a linguistic rule, BAN is without any gender; bana is masculine and signifies the physical appearance of a person and bani is feminine and signifies what one utters. So bana and bani together represent our personality and consciousness – the basic force of our projection. The Siri Singh Sahib clearly told us to “let your presence be your communication and your projection your relation.”

Bana in Sikh Dharma involves certain practices: a dress code; and prohibition of any alteration of the body, in particular, keeping the body with natural uncut hair, without tattoos, esthetical surgeries, excessive makeup, etc.

Bana also focuses on good health and proper physical hygiene. Bana is one of the fundamental commitments of a Sikh and is a critical part of his or her discipline, as it brings multiple benefits to spiritual growth.

Bana acts as a meditation. It works on our subconscious mind. We understand the formula: “fake it; you will make it.” Dressing in bana (spiritual attire) we represent certain spiritual values and commitments to our own self, society, and the Divine. The constant repetition becomes a silent Japa and finally the mind receives the capability to project the same.

Bana represents the Will of God. We understand the law of Karma. Our ordinary daily finite actions produce a certain result in time and space called hukam (Divine Order), based on the calculation known as the Divine law of creation (Prakirti). Lack of understanding of this law brings pain and suffering. 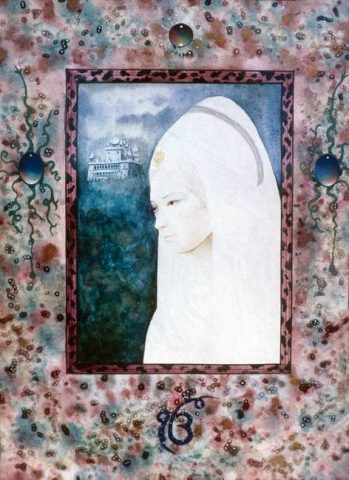 Practicing bana signifies the acceptance of the Will of God, which is an infinite action called bhana (not to be confused with bana). This process establishes the relationship with our soul and gives us peace, consolation, radiance and projection.

Bana acts as a protection. Technically speaking, bana expands our electromagnetic field, which extends our aura and thus gives protection and security.

Bana works like a picture frame giving protection and longevity to any document or photo. But if the same document or picture is fixed on the wall with a nail or tape, soon it will fade and disappear. Headlines on the front page of a newspaper may have no value the following day. But if we put that same page in a solid frame with glass, in a few decades it will become an object of significant historical value.

Bana offers freedom and prosperity. Bana is the result of conviction and determination that gives freedom. It is a practice that radiates excellence and honor, and manifests prosperity.

Bana reflects our identity. The main function of bana is to give us our identity, which we should never forget. I think of a story of the well-known Sufi saint Farid Ji, who lived during the 14th century. Once he was making a trip from his home in the Punjab. A Sufi saint typically dresses in black and travels with his belongings in a bundle on his back, supported over the shoulder with a bamboo stick.

When Farid Ji reached his destination, he was tired and hungry, so he decided to leave the bundle hidden in the bushes before leaving for the town. But at the same moment he heard an internal voice from the bundle reminding him about his identity and telling him not to abandon the bundle. But he ignored the warning and began to roam the town.

He came to a construction site where more laborers were needed. When the officer of the site saw an unknown person hanging around, he ordered Farid Ji to work, forcing him to transport mud in a big bowl over his head like other laborers.

Farid Ji realized that he had lost his identity and nobody knew that he was a Sufi saint. He accepted it as the Hukam of the Divine and kept working while reciting his Banis. Meanwhile the workers noticed that the bowl full of mud was one foot above the head of Farid Ji!  They immediately reported this to the officer. Having regretted their mistake, they helped Farid Ji to wash, served him food, and sent him off with immense respect and honor.

Meanwhile, while Farid Ji was separated from his bundle of belongings, some mischievous boys discovered it. With bamboo sticks they had some fun kicking the bundle, and proceeded to leave it dirty and in bad condition. When Farid Ji saw the bundle he accepted his mistake and exclaimed in silence: “We both lost our identity.”

This town was later renamed Faridkot (the residence of Farid Ji) in honor and memory of Saint Farid. 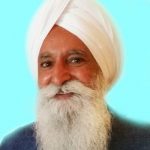 SS Arjan Singh Dhillon is an ordained Sikh Dharma Minister. He helped found the Sikh Center in Mexico City in 2000. The organization supports projects and teachings related solely to Kundalini Yoga and Sikh Dharma and hosts gurdwaras and “destination” weddings. SS Arjan Singh cooked for Siri Singh Sahib Ji during his visits to Mexico City and Guadalajara. He has prepared langar for many years and also runs a health food restaurant.