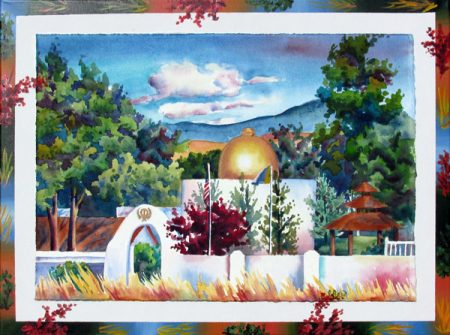 Once my noble daughter asked me who was in the picture on the wall in her room. I told her it was Guru Ram Das. She said, “Yes, but who is the person behind him waving the Chauri Sahib?” And I said that was me. It wasn’t really me, but it is how I feel when I do seva. It is my great blessing to help take care of my Guru.

Another time, a young lady said that she was always seeing me around the Gurdwara cleaning, and she wanted to know why I did it. I said that Guru Ram Das is my Papa. I just like serving him. It is my honor. I feel honored just to be in his house.

I had to give up my job because I got sick. I was too weak to do my duties and the position needed to be taken care of. It left me with no job and wondering what I should do with myself. One of the things I learned during this time was to listen to my Guru—Guru Ram Das.

It came to me that I should do seva, and I began to put the word out. I didn’t ask why; I just started doing what Guru Ram Das wanted me to do. At first it was difficult, because I was not very strong. But as that changed, I began doing more and more. 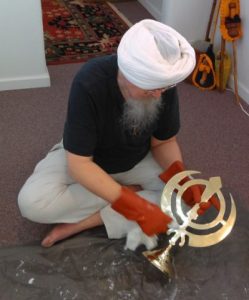 Sometimes a person would tell me that some things were already being taken care of, but I thought that my Guru’s house could never be too clean. I looked in every corner and under everything to see if there was some way I could make a contribution to the care of his beautiful home.

Just by making that my intention, I found places that needed to be cleaned. The sangat was doing a great job, but I wanted to take it a little further. All I did was listen. Guru Ram Das did all the rest.

The radiance of Guru Gobind Singh and the love and humility of Guru Ram Das permeate the aura of our gurdwara. The gurdwara seva I do gives me the opportunity to match up to the radiance of my Guru, developing a strong projection and living to the inner reality of my soul.

In that, I become fearless and stand strong in the face of every challenge. It has been my great joy to live this lifetime doing what is necessary to grow into my higher self.

I am cleaning myself by doing this seva and chanting as I do it. It is all my blessing and I am forever grateful.

Each day when I go into the gurdwara, I bow to my Guru and thank him for letting me come. And when I am finished for the day, I bow again and thank God and my Guru for letting me do what was done. 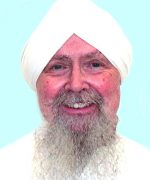 SS Ram Dass Singh Khalsa is a Minister of Sikh Dharma, a KRI certified Kundalini Yoga teacher, and a certified Level One Sat Nam Rasayan student. He first saw Yogi Bhajan in 1971 in Seattle, WA, and immediately knew he’d found his teacher and his path. He began teaching Kundalini Yoga later that same year. He set up the ashram in Salt Lake City in 1973. In 1988 he moved to Seattle, WA and continued teaching Kundalini Yoga. In 1999 he moved to the Mother Ashram in Espanola, NM, where he is blessed with the great opportunity to do seva at the Hacienda de Guru Ram Das gurdwara and ashram. He has a lovely wife, two noble daughters, and three saintly grandsons.

This article is courtesy of the SDI Ministry