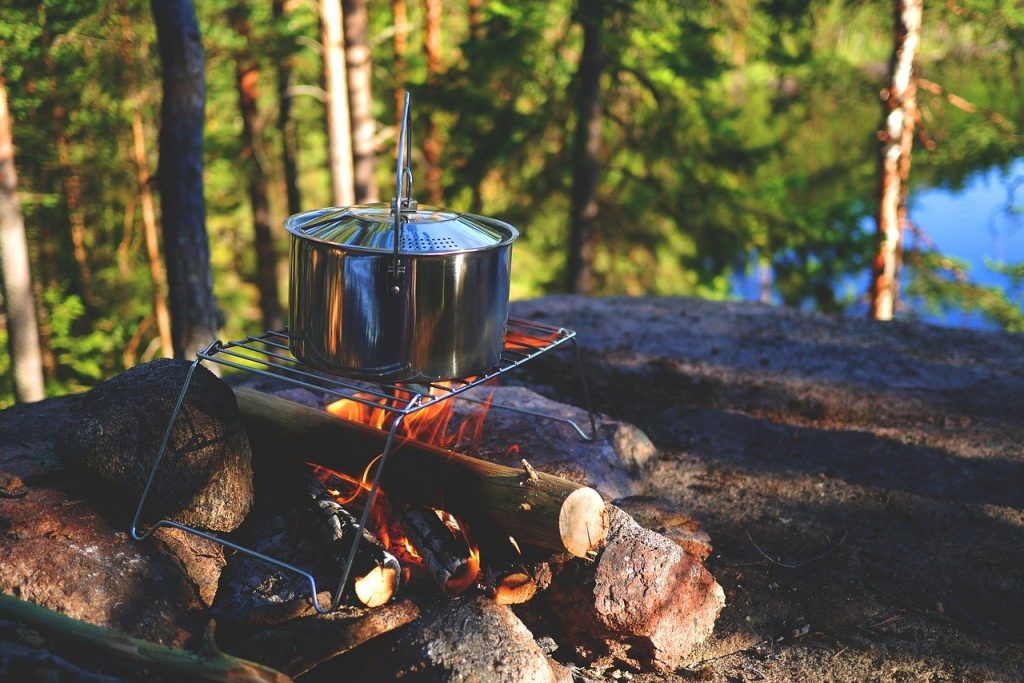 Image by LUM3N from Pixabay.

This post was published on SikhNet. It was contributed by Team AWAT.

…We are living in a time of turmoil for Mother Earth. The planet we call home is facing the extinction of species, deforestation, climate change, rising sea levels and many other problems. These problems are a result of the way modern society exploits the earth and her resources – the way we relate to the earth as separate, non-living and unlimited.

Here is a missive with some interesting verses related to earth in Gurbani, which highlight some of the vital blessings of the Mother Earth and our responsibility towards her.

The Divine created the earth and gave us human beings a place to live on and to die. He gave us water and air, the sun and the moon. The earth nourishes and protects us – giving us air to breathe, fresh water to drink, food to eat and healing herbs to cure us when we are sick.

There are numerous other gifts which nature has given us as well but all of these blessings are forgotten. We need to realize that the earth is not just our environment. It is not something that is outside of us. We are one with the earth. We are interdependent. Earth is not a separate non-living entity. So we should respect it and live in harmony with it.

“(Along with numerous other gifts, the Divine) gave us the earth to live on and to die, but all of these blessings are forgotten.”  -Guru Nanak Sahib, SGGS, Ang 877

Whatever culture or religion we belong to, we all refer to earth as a mother. Earth is like our mother from whose womb we have emerged and who is loving, nurturing and protecting. Earth is more than just the environment within which we spend our lives. Just as a mother provides for her family, the earth sustains all people and all species living on it, without discrimination. As Sikhs believe that the Divine is all pervasive, hence the earth also is a vital part of the Divine.

Like a family in society, the earth forms a basis of a kinship system which binds human beings, plants, animals, birds, land and water into one huge family. We are connected and interdependent and she is the Mother.

As such, mother earth should be given the reverence she deserves. Humans need to be more conscious of how they are using or exploiting Mother Earth and take decisive steps to refrain from doing any further damage.

“Air is the Guru and water is known to be the father. Earth is the mother resembling the womb (that gives birth to all).” -Guru Nanak Sahib, SGGS, Ang 1021

The earth was created as a storehouse – a great cooking pot to sustain the earth’s population. Everything was put in only once. These resources are distributed through the hands of the Divine. He determines what and how much we receive according to the laws of nature: as we sow, so do we reap. The more of the earth we destroy, the less we can expect.

We all depend on Mother Earth. Although we can only use what we are destined to by our Creator, nonetheless, it is our responsibility to learn how the earth can regenerate its resources and ensure that it can do so. As there is no replacement, we need to consciously restore these to full health and productivity.

Greed and the pursuit of wealth have made us insensitive to what the Creator has given us. We consume more than we need. We waste what could be used by others. We sing praises to the Divine while consciously and unconsciously destroying what He has given us.

“(For nourishment of beings) the earth is bestowed as the great cooking pot (wherein everything is put in) once and forever; the destiny of beings is the distributor (of the contents of the pot).” – Guru Nanak Sahib, SGGS, Ang 1190

Through the centuries, we have taken everything we have needed from earth without much thought. It is not too late to realize that we are custodians of this beautiful planet called earth.

Earth’s destruction is caused by humans. Pollution is caused by the activities of humans. We destroy the earth by cutting down trees, polluting the environment (air, water, and earth) and releasing greenhouse gases that are leading to global warming.

How can the Gurdwara, the community, the family and we ourselves help to preserve earth’s resources and use them wisely? Some of the ways to positively affect the earth would be through the 3Rs – reduce, reuse and recycle. Create an awareness to help make the planet green again.

Too busy living our fast, consumer-oriented lives, many of us have alienated ourselves from the earth and ignored it. It then loses its greenery and begins to die in front of our eyes. As the land became lush and flourishing when the Guru came and sat on it, so would the earth be green and fertile when it is given reverence and respect and is treated kindly by us.

Just as we need spiritual guidance and nourishment from the Guru in our lives, the earth needs something from us as well. Care for it. Appreciate what it is providing to us. When did you last stop to feel the earth under your bare feet, to hear the sounds of a refreshing stream or look up at the blue sky in awe? When did you last make a connection with it? We need to establish a link with the earth and with one another as children of the same mother. It will not remain healthy without our effort and input.