Excerpted from the May 16, 1976 gurdwara lecture in Los Angeles by Siri Singh Sahib, Yogi Bhajan

But what is this meditation? Procedurally, it’s a very simple situation. Coming to the Gurdwara, at the Gate of the Guru, I have seen some people, like myself, who touch the dust of those who have gone before and who leave the dust for those who are to follow. They call it “dil hees.” Dil means the heart. Hees comes from the word “haj” —going to a place for the specific purpose of purification. It is the haj of the heart. So, when a person comes and takes the dust from the feet of those who have gone to the Guru, and leaves the dust for those who shall come, it is a continuous, vibratory, elementary, elevated, conscious action.

But what is the meditation? The meditation is not just coming to the Guru. The meditation is like this: Suppose on Sunday we are to come and present ourselves to the Guru. On Saturday, we start preparing for it. That’s how it works. Twenty-four hours earlier than the action of infinity, if a person starts thinking cosmically that he has to go and present himself to the Guru, and starts purifying and preparing himself; they call it meditation. “Pooran praan tapaa”—remember this technique of words. Pooran means complete. Praan means praanaa, the life force. Tapaa means the action of purification. It is known as Pooran praan tapaa. It is a kind of meditation.

Twenty-four hours before you go to Gurdwara, you start preparing yourself physically, mentally and spiritually, and feeling that you have to present yourself to the Guru. It should give you grace and polarity over everything else. And, after you sit and enjoy the Grace and the Presence of the Guru, twenty-four hours thereafter you have the feeling that you are the Infinity, because you had the Audience and the Grace of the Guru.

It covers those forty-eight hours. No action is required. It is totally mental. And people do not understand what that can do. That can cause a cause, where cause and effect shall not affect. It will make cause and effect. Every action has a reaction. It will be an action which must have a reaction. But it will be a reaction of a super-characteristic nature, and the criteria of it will be that it will not allow a common cause to have a common reaction. It means that the individual of such meditative intuitive ability of personality shall live in higher consciousness automatically.

If you come in time for the Langar, if you only come because Yogiji is going to speak, or if you come because it is eleven o’clock, and socially you will be pinned down that you are not coming to Gurdwara, these are called sanctions. But I am talking about meditative achievement of the highest possibility – Pooran praan tapaa. Pooran praan tapaa starts when, twenty-four hours before even coming, a person starts purifying himself physically, mentally and spiritually and thinking and imagining that he or she has to go to the House of the Guru. After the Audience, he or she feels that he or she has come from the House of the Guru. What has happened? God loves to stick as a second to that person. The Scripture says, “God Almighty, the Infinity of this created Universe shall be like a second to that being.” 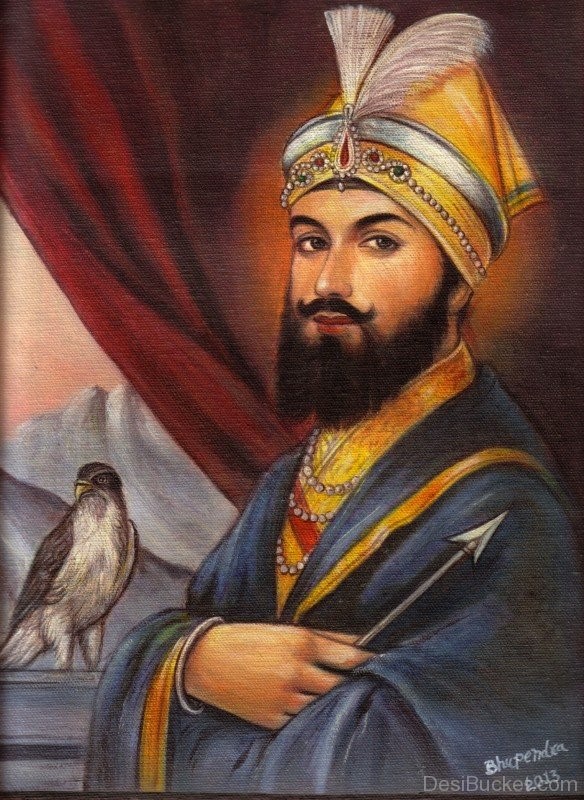 And how grateful we are to Guru Gobind Singh, the Father of the Khalsa, who gave us the Word as a Guru. People said it, “In the beginning there was the Word, and the Word was with God, and the Word was God.” They said it. But they were not able, or it was not possible to make a man bow to the Word of the humans who have the enlightenment of the God consciousness.

But in the meditative role, those who want to learn the reality of meditation, not the ritual, don’t come to the House of the Guru as a ritual. Don’t come. If you come, you will be blessed. That’s not my problem. But I would like to share with you what I learned when I was very little: that a person who doesn’t have an altar where he can bow his forehead, that human cannot have any other technology to change the destiny written on the forehead. And if a man shall bow to the man, then man shall be influenced by man. This is why the Father of the Khalsa gave the Khalsa the Siri Guru Granth, the Word of God-like men, so that the destiny of the human can be changed and re-written with the word of God-like nature and characteristic.

Ponder and know that you believe. And ponder and know that you are practicing. Ponder and know where it takes you. Of all the meditations written and known for the human, this is the highest. And that is why the mantra Guru Gobind Singh gave us was the Guru Mantra – Wahe Guru. Guru Gobind Singh forgot somewhere to write that the Khalsa shall do Pooran praan tapaa. That’s the only way I can figure it out. Otherwise the factual effect of giving a human the Guru Mantra Wahe Guru is only that it states a positive intuition – “Wah,” the Grace, Wonderful is the Lord. But, saying twenty-four hours mentally in preparation, “Wonderful is the Lord,” and then going into the Audience of the Guru, and bowing and changing the rays of the written forehead’s destiny, and thereafter remembering that you have been in the Presence and Audience of the Guru, and letting the action have the reaction, is there anything in the world more self-contained, self-sustained, and self-evaluating?

And it is amazing. It is amazing that those who were sick of their lives, belittled in their consciousness, and void of their egos, whose arc-lines were hardly existent, and whose auras were but mud-colored shadows, could glitter and radiate, and could attract the consciousness of the most unconscious people. It amazes me when, at the airport, they single out this white, beautiful human of integrity and peace, and they just can’t help but to ask, “Which order do you belong to?” At the New York airport a lady said, “Wh-wh-wh-who are you?” And I could understand from that “wh-wh-wh” what had happened to her. She couldn’t even say “Who are you?” straight. She was so emotional, because for her, that radiance of light was a message that these people have come from a different planet. Yes, they have. Sach Khand, the Realm of Truth. And to figure out how that could happen in this country, to stay and live in the integrity of the human being, that a country that knows only how to live at each other, that knows cut-throats and crew-cuts, could produce such people who could cut all the trash of social tradition and live unto the consciousness to stay and say, “We are the Pure Ones, like father like son; we are the Pure Ones.” What an elevated integrity of human existence was granted only a couple hundred years ago. This has evoked me to share with you today this great meditation.”