In the early 1980s, my wife SS Sat Jivan Kaur was facing a deep depression. Two prestigious doctors made the diagnosis and both agreed that it was imperative that she take strong medications in order to regain her health. This was a challenging situation, since she had a phobia of medicines and refused to take any that were prescribed for her.

Instead Sat Jivan Kaur began to search for alternative treatments. In her quest, she found a television program featuring the practice of Kundalini Yoga and its benefits. After a few sessions she began to experience improvements in her health. Encouraged by these results, I decided to start practicing Kundalini Yoga as well. I wanted to understand more fully what she told me about the classes and to support her in keeping a consistent practice.

Within a few months, Sat Jivan Kaur overcame the depression and was experiencing great relief. One of the doctors who had initially given the diagnosis was pleased by her improvement; however he found it very hard to believe that she could have recovered without taking drugs! Since that time, our whole family—including our children—has studied and practiced the teachings of our beloved master Yogi Bhajan.

Being convinced of the benefits in our own lives, we thought it appropriate that this wealth of knowledge should be shared with all Spanish-speaking people. Since only a few books existed in Spanish at that time, I decided to translate the teachings in three focal areas:

1) Kundalini Yoga and its practice

2) The teachings of Yogi Bhajan and Humanology

Thirty-five years have passed since we started this non-profit endeavor. It has been a labor of love, and as such, a seva. All the income received is allocated to the recovery of costs and to the production of high-quality publications at reasonable prices, so that they are accessible to all Spanish-speaking people.

During all these years we have received the encouragement and inspiration of our beloved teacher, the Siri Singh Sahib, as well as many of the people close to him; in particular, our beloved Bibiji. We have also received translation support and reviews from people in Spain, Paraguay, Argentina, Chile, Venezuela, Mexico, and Brazil.

Our books have reached almost all Spanish-speaking countries, as well as the Spanish-speaking community in the United States. This is the result of a joint effort of many Kundalini and Sikh Dharma brothers and sisters—the credit goes to everyone. There are now many others translating and publishing books and manuals into Spanish. It gives us great satisfaction to know that more and more Spanish speakers now have access to the invaluable wisdom contained in the teachings.

We still have a long way to go. Many of the books and manuals containing our beloved Master’s teachings on Sikh Dharma, Kundalini Yoga, women, men, relationships, food, etc. still wait to be translated into Spanish. We know in advance that the volume of sales of these will be limited; however, we believe that serving the people through these consciousness-raising teachings is priceless.

To date, we have the translation and publication of the first two volumes of the Siri Guru Granth Sahib, plus two versions of the Sukhmani Sahib, the Nitnem Banis, the Life and Teachings of Guru Nanak, the Asa Di Var, a small book “Gutka” with different Banis and texts such as Sidh Ghost and Jap Ji, and Victory & Virtue: Ceremonies and Code of Conduct of Sikh Dharma. Other works are in process.

If I have learned anything over the years, it is to understand that liberation is only obtained through selfless service on behalf of all the Divine creation. It is through working on behalf of others that we can understand the true meaning of our existence. Our personal seva has been the translation into Spanish of books containing a valuable and beautiful mass of wisdom. May all be uplifted and inspired by these teachings!

Read this article in Spanish 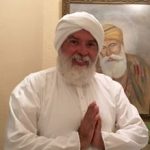 SS Guru Nam Singh is an ordained Sikh Dharma Minister. He worked for the Mexican government for 25 years and lectured on Public Administration at the University of Mexico. In 1980, after meeting Yogi Bhajan, he started an import/export business and helped create the first organization for Kundalini teachers and students in Mexico. He also helped Sikh Dharma become a recognized religion in Mexico. 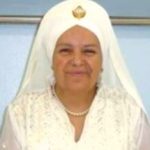 He and his wife SS Sat Jivan Kaur have two children and four grandchildren. They run a Kundalini Yoga studio in the Rio Grande Valley (TX), where around 100 families attend  gurdwara. He founded Nam Publishers, dedicated to translating and publishing books and manuals about Kundalini Yoga, Humanology, and Sikh Dharma. SS Sat Jivan Kaur gives lectures, courses and retreats and participates in the ongoing book translation projects. Currently, she is in charge of maintaining the official Gurdwara of the Sikh Society of the Rio Grande Valley in Texas.