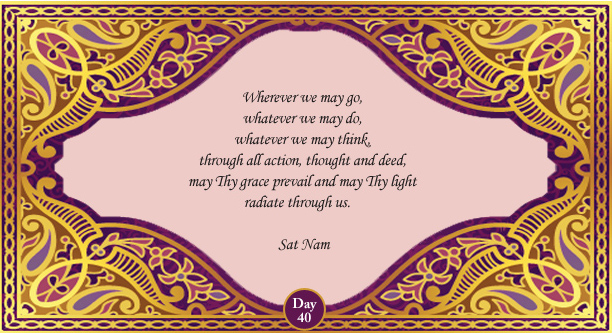 The Language of Aquarian Prayer 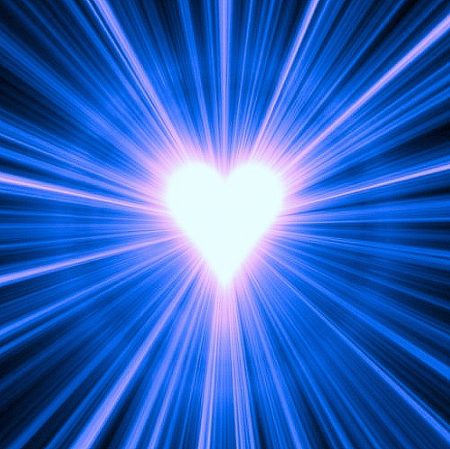 Excerpt from “The Language of Prayer” by Pritpal Singh Khalsa

Who is speaking, and who, or what, is listening when we pray?

In my youth, I was first exposed to prayer within a Protestant Christian tradition. As the minister would lead the congregation in a group prayer, we were being educated in the language of prayer from a dualistic perspective – speaking to a distant, all-powerful deity. We were all expected to learn how to pray through this example. I remember him referring to God as being omnipresent, but I couldn’t really correlate that concept with the language being used in the prayer. Was omnipresence something like Santa Claus knowing if you have been “naughty or nice”? Was it some kind of Cosmic Big Brother keeping tabs on us all?

Through studying the teachings of Yogi Bhajan, I was brought to the words of Guru Nanak, the first Sikh Guru. Understanding his words at the beginning of Japji Sahib, “Ek Ong Kar (the Universe is one creation with all things being part of that One), I had confirmation of my own awakening to the Oneness of everything and everyone.

“You are all trying to find God. You have a soul. You have no relations with it. Where are you going to find God? God is in you. God and me and me and God are one. There is no duality. The day God will leave you, the soul will be gone…” ~ Yogi Bhajan

This concept of Oneness is essentially a non-dualistic perspective that denies any separation between the Divine and the other. In fact, it denies even the idea that there is anything separate from everything else. In this lies the realization that if there is something we recognize as Divine, then all is Divine – that you and I, and every rock, every atom, are all part of the Oneness of the Universe. Everything and everyone is like a drop of ocean water that dwells for the moment as a drop before falling back into the homogenous oneness of the ocean. If we want to use the word God, then in a non-dualistic perspective, God is not a white guy with a long grey beard living in the clouds. But rather, the word God becomes a kind of short hand for the experience of a universal, connected consciousness.

In Sikh Dharma, there is a concept of “Ang Sang WaheGuru”, which means the dynamic, living ecstasy of the universe is dancing within every limb, every cell, every atom of us. Guru Arjan, the fifth Sikh Guru, said,

“Ang sang lagae dhookh bhagae pran man than sabh harae” – God is joined to me, in my very fiber; my sorrows have departed, and my body, mind and soul are all rejuvenated.”

In the Aquarian Age, prayer can be a dialogue with the Infinite Self (God) to seek completion, to clear conflicts within yourself, to acknowledge what you need – Love, Acceptance, Happiness, Guidance or a sense of Mission; and to declare Dedication, Surrender and Gratitude.

Using Aquarian Age sensibilities, spontaneity and authenticity are much more important than any rules of form. It is time to give up the games of the intellect and the ego, where we try to impress with our righteousness. Now it is time to speak from the heart, using the fullness of our sensory awareness.”