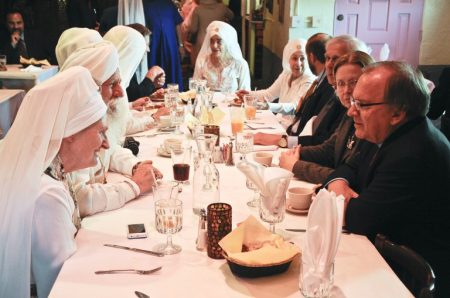 The annual Sikh Dharma-hosted Legislative Luncheon following the opening day activities of the New Mexico State Legislature began in 1995 and has since become a time-honored tradition that continues today. On opening day, New Mexico’s Governor delivers the State of the State address to a joint session of the House and Senate in Santa Fe’s beautiful ‘Roundhouse’ Capitol.

This tradition was inspired by the Siri Singh Sahib, Yogi Bhajan, and Yogi Ji hosted the luncheon to honor New Mexico’s hard-working public servants beginning with the inaugural event in 1995 until his passing in 2004.

2019 marked the 24th Annual Legislative Luncheon hosted by Sikh Dharma following the opening of the first session, always held the third Tuesday in January, for the 54th Legislature of New Mexico. 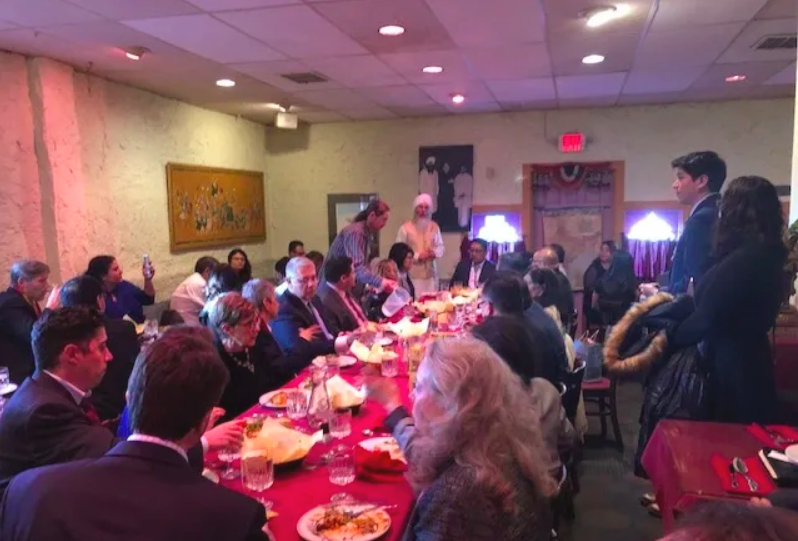 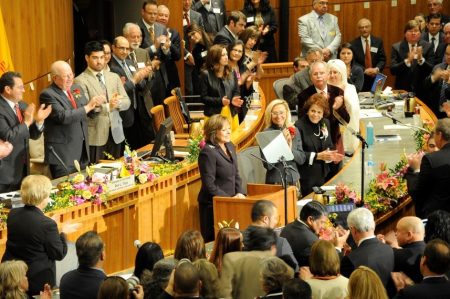 After their inaugural morning session with the Governor’s address often going long, legislators  walk a short distance from the Capitol to reach the India Palace Restaurant to enjoy a delicious buffet of gourmet Indian dishes served in a welcoming atmosphere to members of the House and Senate, representatives from the Governor’s office, Cabinet members, members of the US Congressional delegation, Judiciary, and business friends hosted by members of the Sikh Community.  A celebration of service and friendship ensues regardless of political affiliation, a hallmark of public service in New Mexico. 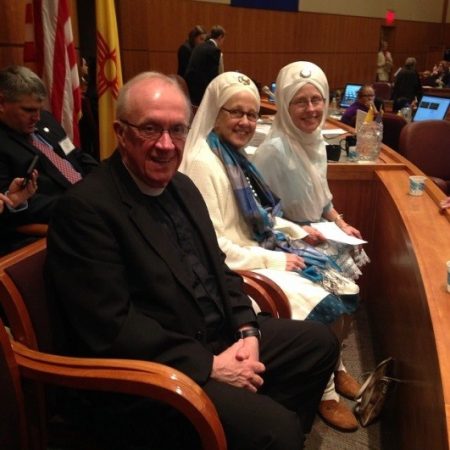 New Mexico Legislative Sessions are 30- and 60-day sessions alternating annually and during this period, Sikh ministers will give one of the daily invocations in each the House and Senate, joining interfaith clergy to do so and participate in the Governor’s inspiring Annual Prayer Breakfast. 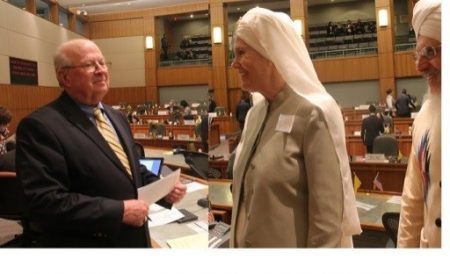 Yogi Bhajan traveled to the West in the late 1960s, sharing the teachings of Kundalini Yoga and helping to establish the practice of Sikh Dharma. He eventually settled in northern New Mexico’s Espanola, which became the worldwide headquarters for the 3HO Foundation International and Sikh Dharma International.  He befriended Governors and public officials of the state over his 35 years there, as well as many in the national Capitol of Washington, DC, and wherever he went, knowing what an important task forging relationships with public officials is for the community. Local Highway 106 in front of his home in Espanola was renamed in his honor Yogi Bhajan Highway by then NM Governor Bill Richardson.  He was also honored by a Joint Resolution of the US Congress, for his life and work, in 2005, following his passing in 2004.