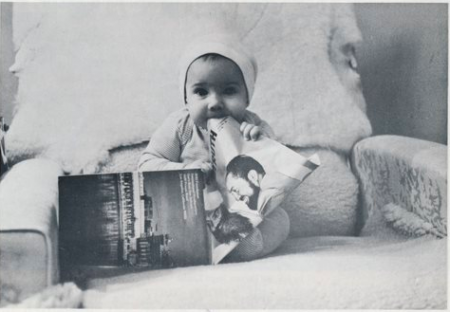 Between the years of 1970 and 2009, the 3HO/Sikh Dharma community produced a number of publications, including Beads of Truth, Sikh Dharma Brotherhood, Prosperity Paths and Aquarian Times.  As part of our celebration of 50 years of the teachings of Siri Singh Sahib, Yogi Bhajan in the West, we will share a weekly “Blast from the Past” excerpt from these publications in the form of a blog post from January through December of 2019.  Subscribe to our weekly “Blast from the Past” emails for a glimpse into the 50 year history of our 3HO/Sikh Dharma community.

About Beads of Truth

The production of Beads of Truth was not so different from that of most other periodicals in circulation at the time. It had an editorial staff, an art department and a production office, staffed by people who spent many hours creating a magazine out of stacks of transcripts, rough drafts, articles, poems, and seemingly endless and microscopic photographic proof sheets.

Rewarding work it was though, and Beads of Truth readers took their magazine much more seriously and read it more thoroughly then the average publication. Beads of Truth was the most up to date resource on the teachings of Yogi Bhajan, Kundalini Yoga and Sikh Dharma during the years it was published.

Also, it serves as an important historical document of the growth of the 3HO Foundation and its people, projects and plans as they unfolded, year by year, in real time.

From the viewpoint of the Beads of Truth staff, it seemed that what was being written would ultimately become the basis of the history books of tomorrow, and the staff believed that “there is no one better qualified to write that history than those who live it.” Some readers even took to having their back copies bound in hardcover volumes in order to preserve them for the years to come.

Feature articles were then discussed, planned and assigned to be written. Assisting in this work were Editorial Assistants and Sada Sat Kaur Khalsa, who made sure that the ideas got translated into the reality of the written word. They made up brains and brawn behind the operation, and served as the “front office“. In short, they were the ones who “made it happen.”

Articles were written by the Editors themselves or by one of the members of Beads of Truth’s stable of writers. Siri Ved Kaur Khalsa, cookbook author, collected the Siri Singh Sahib’s teachings and contributed her “Kundalini Yoga” and “Conscious Cookery ” columns to each issue. She was a part of the magazine for almost the entirety of its publications.  Gurudain Singh Khalsa served as the book reviewer and also conducted interviews, wrote special articles and performed a variety of other tasks. M.S.S. Shakti Parwha Kaur Khalsa wrote many articles and served as the chronicler of “High Times,” a curated collection of news updates and photos in each edition. She also served as the chief proofreader and dispenser of headache remedies.

The Art Department was headed up by the Managing Editor, who was assisted in her dual role by Sant Subagh Kaur Khalsa, a dedicated professional graphic artist, who was also a talented contributing photographer and by Seva Kaur Khalsa, who was instrumental in the production of the Commemorative Volume. Smiling Kaur Khalsa of Washington. D C., was called upon frequently for her gifted painting and drawing. Photographs “came from everywhere and everyone, particularly the Siri Singh Sahib’s staff. Through these combined efforts a high standard of graphic quality was achieved, noteworthy for a magazine of Beads of Truth’s size.

“All it took was a few sleepless nights and missed dinners on the part of a number of people, several typewriter ribbons, a few dozen rolls of film, half a ream of paper and before long you had a magazine. To readers, Beads of Truth was more than just a magazine, it was part of the growing tradition of literature on the 3HO Foundation and Sikh Dharma.”

Click here to view this article as it originally appeared in Beads of Truth in 1980: 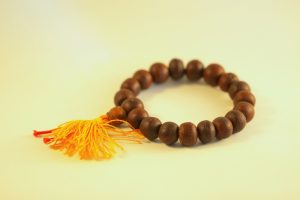 What are Beads of Truth?

“The beads are prayer beads, each one repeating the name of God, or Truth or the Cosmic Energy, you name it. Just as the beads are, each one of the quarterly magazines is one bead of Truth on the mala of communication with God and his creation. The beads are held together as man is, with the breath of life; and the knowledge of this divine life is given generously to us by our guide on the Path of
Truth, Yogi Bhajan. He has been in the United States since 1969, spreading the knowledge of how to unite ourselves with the Universal consciousness, or as we call it, Yoga. We practice Kundalini Yoga, which encompasses Hatha, Laya, Karma, Mantra, Tantric, Diet, Meditation, and in other words is an Aquarian way of life. By making these beads available we hope to reach all those who do and don’t know of the coming age of Aquarius, and share the knowledge that has been passed down through thousands of years and ages, with you. The saying for the age of Aquarius is ‘I know’ and for Pisces it was ‘I believe.’ We all now want to know everything that is, how it is, why it is and so forth. This knowledge we will share with you as it comes to us. For as freely as you are given so you must give. May these words bring the light of God to your hearts and minds that we may all live as One in the Lord.”

Subscribe here for our weekly “Blast from the Past” email excerpts from the Beads of Truth and other publications.