Guru Nanak founded Sikhism, the fifth-largest religion in the world, and yet people in the Western World know very little about him. This unique film coincides with his 550th birthday. Guru Nanak’s message was ahead of his time, and he was considered a revolutionary activist. Guru Nanak espoused equality for all, gender empowerment, service to others, an honest living, devotion to the environment, and belief in One God.

This documentary interweaves his life, and how his spiritual legacy is carried out today by outstanding Sikh Americans in science, medicine, the arts, and public service.

In today’s world of nationalism, bullying, misconceptions about and among faiths, and stereotypes, Nanak’s message is relevant to people all over the world. He has aptly been named “The Prince of Interfaith Understanding.” 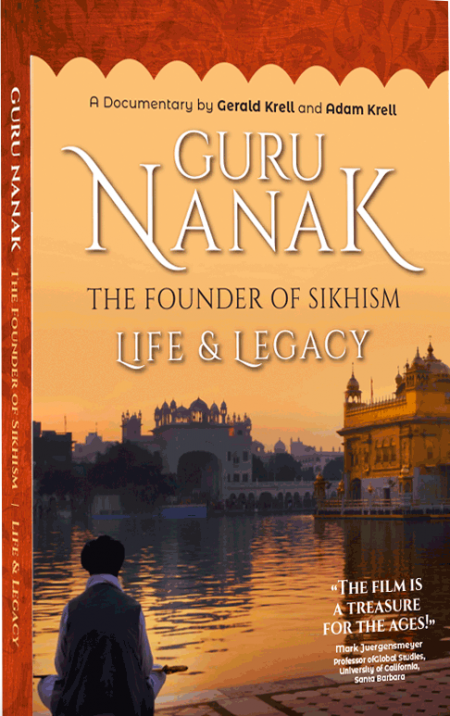 About this film: A Documentary by Gerald Krell and Adam Krell (Auteur Productions)

This year will mark the 550th birthday of Guru Nanak Dev Ji. As a visionary, feminist, and innovator, Guru Nanak was a revolutionary leader who stood up for the rights of people on the fringes of society. Despite his vision and the relevance of his teachings — virtually no Americans have heard of Guru Nanak

This documentary will educate Americans about Guru Nanak and about his vision to create a more equal society. In addition, the documentary will show examples of Sikhs making a difference in the lives of many people here in America and other parts of the world by following the teachings of Guru Nanak!

The documentary will air on PBS in early 2020.