It’s interesting – if you study sacred art – that when a spiritual tradition moves into a new culture, that culture creates artwork which combines the symbols of the new religion with familiar symbols of their own. Study Buddhist art from India through to Japan and you’ll see what I’m talking about. As the symbols of that faith moved from one country to another, each culture found a unique way to artistically express their experience of the Buddhist teachings. But despite the varying cultural expression of Buddhism through artwork, at heart, the tenants remain the same.

With that framing in mind, I’d like to share the story of this painting. The one that has the Lady of Guadalupe merged with the Khanda. It’s a beautiful mural that adorns the back wall of the Gurdwara at the Hacienda de Guru Ram Das community in Espanola, New Mexico.

First – a little background about the artist. His name was Ed O’Brien. He studied a unique form of fresco paintings in the 1930’s – an artistic technique that’s not very well known today. The fresco is painted in layers in such a way that, as the paint ages, the mural will take on the characteristics of stained glass. In 1959, Ed went to Mexico City to the Basilica and saw the Guadalupe. He had a great religious experience there, and, in order to share his religious experience, he decided to dedicate his life to painting Our Lady of Guadalupe. It was a spiritual mission for him. He would be guided to different places to paint murals and he always included Our Lady of Guadalupe in those murals. Ed did paintings in churches all over the United States. And then he came to New Mexico.

While living in New Mexico, he met some of the younger people from the Sikh Dharma community living in Espanola and spent time with them learning about the Sikh tradition. His experience when the symbolism of the Khanda was explained, was that the notion of the Adi Shakti – the Primal Creative Power of God matched the spiritual experience he had in Mexico with Our Lady of Guadalupe. Even though he had spent his life painting murals for churches, he felt guided to do a mural at the Gurdwara. So he approached the community and requested permission to paint. We didn’t have any money to pay him, but he wasn’t looking for payment. He slept in the Gurdwara, the community fed him meals, we bought the materials he needed and for days on end – he painted that mural out of his own inspiration of the relationship between his experience of our Lady of Guadalupe and the Sikh Khanda.

The mural is complex and beautiful and there’s all types of symbols in it. Ultimately, though, it is a painting that harmonizes East with West, Past with Future, God with Humanity. 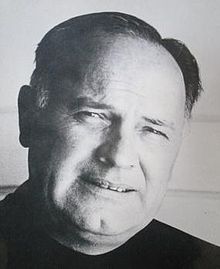 Ed O’Brien died a week after completing the mural. It was the last work he did. For the members of the community who had fed him and supported him while he worked on the painting, it was a deeply spiritual experience. He came to us from his own spiritual vision, he spent his time without asking for payment and then, somehow, in the act of doing this painting for the Sikhs, his soul had completed its mission and moved on. It’s a sacred work to us not just because of the painting, itself, but because of the way the painting came about to begin with.

What happened was that a man of Christ and an artist, through the symbol of the Khanda, had a chance to move into truly Universal consciousness and realize that his symbol of the Lady of Guadalupe and our symbol of the Khanda point to that same Divine Power which mothers all of Creation. And ultimately, isn’t that what our Sikh faith is about – giving people a chance to move beyond a one-aspected understanding of the Divine into an understanding that every faith, every culture, every symbol is trying to describe that one Indescribable Power behind Creation?

I just wanted to share the story behind the painting so you can understand what it meant to a man and a community and why we cherish it so very much.