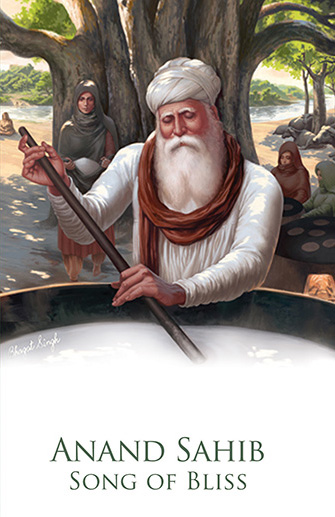 Guru Amar Das Ji became the third Sikh Guru in 1552 at the age of 73, after devotedly serving Guru Angad Dev Ji for 13 years. He remained Guru until he was 95, when he passed on the Guruship to Guru Ram Das Ji. He formalized the institution of langar and selected the site in Amritsar Village where the Golden Temple now sits. His more than 900 compositions included in Siri Guru Granth Sahib are distinguished for their beautiful and direct language, with Anand Sahib being the most referenced in Sikh daily practice.

“Sometime try to understand the Gurbani. When you speak Gurbani you exactly speak as Guru spoke. Your lips, your tongue move in the same combination and permutation. You create the same sound as your Guru created. At that time when you sing Gurbani, you become the very spirit, the light, the flow of the Guru. Therefore, sing it with understanding; stand under it. Speak, but hear what you speak and understand what you speak. Put your mind into it. Understand what you are saying. Realize what you are saying and that is called realization. When you hear the Gurbani and you understand it and when you put that into your life, that is realization. ” ~ Siri Singh Sahib Ji

The first of forty paurees (steps/stanzas) of Anand Sahib, the Song of Bliss, was written by Guru Amar Das Ji. Anand Sahib is one of the five banis (prayers) read by Sikhs daily. The first five paurees of Anand Sahib are sung at the conclusion of all kirtan programs. 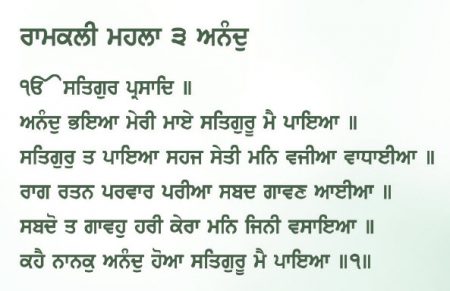 Words from Siri Singh Sahib, Yogi Bhajan about this Pauree

Oh, my mother I am in a state of bliss. It is your declaration which you are speaking.

In the True Guru I have found Anand, bliss.

You have found it and you are telling your universal mother, this Mother Earth, ‘Oh, my mother Divine Nature, I have found that l am in the state of bliss and I have found this bliss in the True Guru.’ You are the one saying these words.”

I went to see a man in the hospital who was very near death. The man, very faint of breath, uttered, ‘Say something to me’. I said ‘Anand Bhaiaa Mayree MaaeW… and the man finished the line and said ‘Satiguroo Meh Paaiaa’. It was a miracle, what I saw. Instantly his life force beganbto return, and he was glowing.

Chant this Pauree of Anand Sahib 11 times a day to bring bliss and blessings to your life.

Listen to the English version of this pauree as sung by Singh Kaur.

Below is a sample of the tri-fold altar card for this pauree. If you would like one, email your mailing address to give@sikhdharma.org with “Altar Card Please” in the subject line.  Specify in the email that you would like to receive the “Anand Sahib” altar card.

You may also click the images below for a full JPEG image of the altar card. 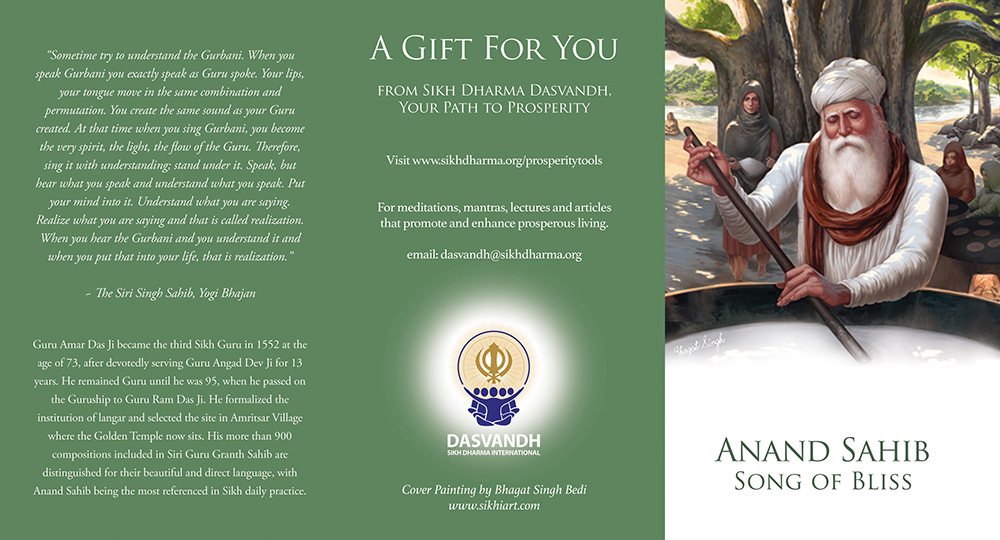 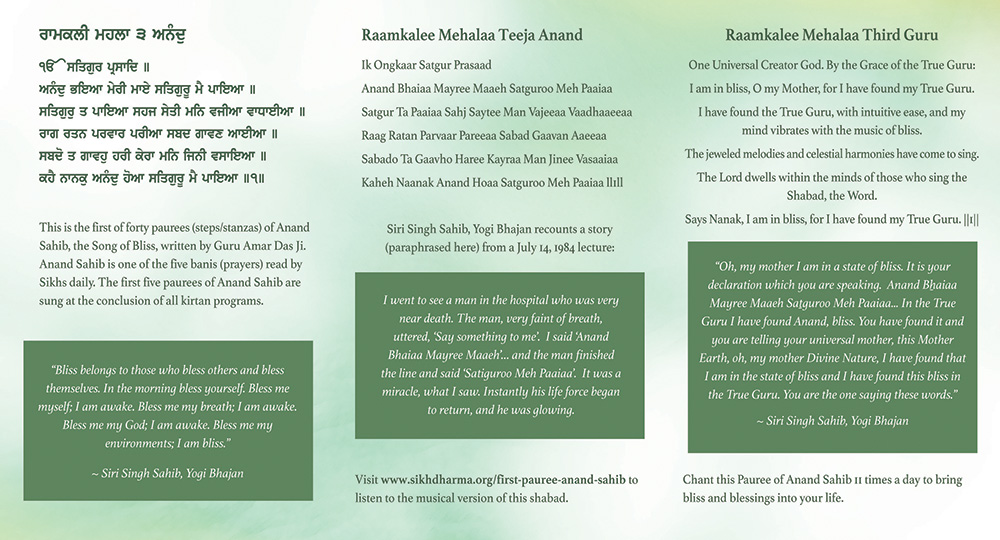