Excerpt from a lecture by Siri Singh Sahib, Yogi Bhajan on October 5, 1973: Part 3

Once an Emperor was walking with his Grand Wazir and asked, “What is the biggest weapon?”

The Grand Wazir replied, “My Lord, whatever serves you at the time.”

The Emperor said, “No. I don’t believe that.”

The Grand Wazir answered, “Well, one day, you will learn it.”

They were walking somewhere that was closed in, when suddenly a war elephant was let loose on them. The king pulled himself onto a horse and ran away. He said, “Okay my Wazir, now use whatever serves you at the time.”

The Wazir knew that this damn elephant was coming and in a couple minutes, it was going to crush him. So he started running. That was the first thing he could use. Second, he saw a cat with kittens. So he took one kitten and threw it. It stuck on the head of the elephant and said, “Meow.” The elephant was very surprised and turned all the way around.

When the king returned to the palace, there was chaos because the gate was left open. All the people came and surrounded him. When the Wazir returned, he said, “Almighty King, how was the weapon?”

The Emperor said, “What do you mean?”

The Wazir replied, “Has a kitten ever been used as a weapon?”

“That is what I used. Normally, a war elephant will not leave the battleground even before a cannon.”

The Emperor said, “That is true.”

The Wazir replied, “But he has never heard the sound of a kitten on his head. You should train all your elephants to be familiar with the voice of a kitten.”

Nobody is complete. Everybody has a cavity. One may have a complete personality, but still have a throbbing heart which doesn’t rest. If you can reach this always-moving heart, you can move anybody.  Whenever you start going head to head you are creating a clash because it is the habit of the head to clash.  If somebody is all in his head, get to the heart. If somebody is all in his head and you get to the head, then you are playing a game. If you can’t play it, then you will blow it.

Have you seen those mountain rams? It’s head against head. Have you seen the whales? It’s heart against heart. They love to go boom, boom, boom. When they are together, there is a lot of joy, a lot of fun.  That is the time when the hunters can put their harpoons into the whales. Otherwise, how can you catch a whale? The moment she feels fear, she can dive so deep that she can go miles away and they don’t even know where she is. Man has no way to kill a whale. She only gets killed when she is in her joy with others, showing that, “I come up so quick,” and the other whale says, “I can come up quick, too.” They are playing and death catches them.

Anybody who wants to rise must pay for it.  If you want to levitate your personality, then the art of sacrifice has to be mastered. It is only in giving that you receive. That is the law of conscious existence, for any person at any stage of mind. If someone only wants to get and does not want to give, it won’t work out for him.

You cannot be set in your patterns because your impulse has to vibrate with another impulse. You have to be able to tune and adjust to the rate of that impulse. Life is like a car. You always have a steering wheel, but you just move it a little bit. A little bit, a little bit and keep yourself in the lane. You can’t have a stiff steering wheel. If you lose time in making an adjustment, you pay through the nose.

If a human being does not know how to be a human being, what advantage does he can gain by being human? If you cannot adjust the impulse of your brain, and if you cannot coordinate your impulse of the brain with the signal impulse of the other personality, how are you going to create a relationship?  I have always said, “understand.” “Stand under” if you want to live in harmony. Stand under each other. I understand you. You understand me. Stand under me. I stand under you. This is how life goes. Nobody can take advantage of you. Nobody can take advantage of me. People have the right to get into your holes. Block them well. Guard them well. There is no such thing as taking advantage of someone. Who takes advantage of who?  There is a saying in Punjabi. “Guard your own house. Don’t call others a thief.”

The moment you feel somebody is taking advantage of you, say, “Brother, tell me how much more advantage you want to take. You already have twenty-five percent. I can’t afford seventy-five percent more.” Deal with it on that level. 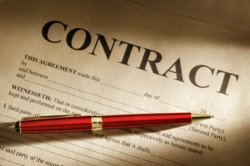 They say that the contracts done at night are chewed in the courts to prove we exist.  People do things at night. They create love and promises, contracts and stories – the whole thing. Early in the morning, they go before a judge. “Oh, he did this to me.” He’ll say, “No, it is like this.” Then they chew it. Between two there is God. But between three, there is a whole mess. When you two decide something be two. One and one and no more.  If you have to go to an attorney later, then go to the attorney first. Why waste time? Why waste energy? Why make your life miserable?

That’s why God gave everybody a special head. It was not a collective head in the center of town where you can put in something, get the wisdom and come back. You are complete by yourself. You are complete in your grace. You are a complete incarnation.  Simply you should care to know who you are. There shall never be a problem if you call on yourself. That’s why they say:

Why?  What is a Guru?  Does Guru here mean a person? No. The Light, Itself.  The One in and with you. The outside is just a guide to help you, and give you the practice to relate to it. The law is very simple. If you are a person’s disciple, you shall end up as a Guru. It is not a question. Angad served Guru Naanak and became Guru Angad. Amar Das served Guru Angad became Guru Amar Das. You have paintings of the ten Gurus. What do they tell you?  Each one served the one before. Each one who served got to become one. A person cannot remain a disciple for his entire life. If he does, it means he was never a disciple to begin with. Can any child remain a child?  He is going to become an adult.

But we want to be a child all the time. I have seen a seventy-two year old child who shall not grow up. What can you do?  I met him. He will never argue. Once I asked him, “Why don’t you want to argue?”

It was such a serious practice of escapism. I have never seen anybody like it.  If I say, “Oh you are wrong,” he’ll say .“Yes sir.” If I say, “You are right,” he’ll say, “Yes sir.” “You are an idiot.” “Yes sir.”  “You are a wise man.” “Yes sir.” One thing or the other thing. Yes sir.If every human being on this earth only wants to know himself, there will not be any problems.

I said to him, “Is it possible for your nerves to handle it?”

He asked me a very simple question. “Doesn’t practice make a man perfect?”

He said, “I have all these years of practice. I am almost perfect in saying, ‘Yes sir.’”

You are given a space of life in which you can innocently know your Unknown. That is the law of polarity.  But instead of knowing your Unknown, you start knowing everybody else’s Unknown. That is your problem.  Nobody wants to know himself. Everybody wants to know everybody else. And that is where the whole problem is. Man is not born with problems. Man creates his own problems.

If every human being on this earth only wants to know himself, there will not be any problems.

Life plays with you again and again. You play with life again and again. Simply, you don’t let go of things. You lose the flexibility. Rigidity means no life.  When you are dead, you become rigid. But when you have spirit, you are flowing. You are flexible. You are beautiful. Then you are, you are. That is the height of the ecstasy of consciousness. Just practice living it. Justifications, arguments and all those things don’t work.

Who is right and who is wrong? Don’t get into that problem. See that you don’t place any burden on yourself. Live light. Don’t put the weight of karma on you. Let your impulse always be shining, adjusting and calling.  Don’t become uptight and don’t put up any blocks. To put blocks against your own vibration is the worst thing you can do to yourself. Whosoever will do this to oneself shall never find the Self. The Light of God shall always show you the way. It’s a very simple and very honest way of living on the earth.