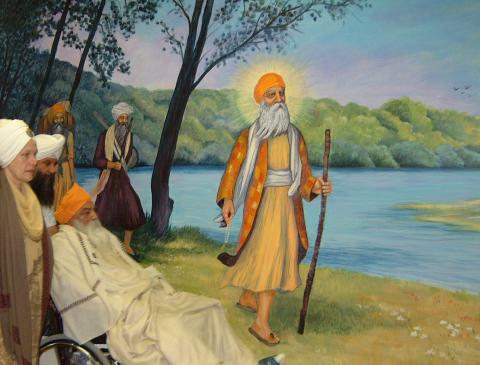 Guru Nanak was enlightened in 1496 and immediately wrote the incomparable epic poem Japji Sahib, which tells of his deep and clear vision of God and the creation as it was revealed to him. His first statement after his enlightenment was, “There is no Hindu, nor any Muslim.”

He simply declared that everyone is fundamentally the same as everyone else. It was a very radical statement, for in Guru Nanak’s time people were deeply divided against each other and drifting culturally away from each other.

The Hindu society represented Indian culture, and the Muslim society represented Semitic culture. Muslims were the conquerors and had the upper hand. The Hindus were given the status of people living under contract as second-rate citizens. The Hindus looked contemptuously upon their Muslim conquerors, and the Muslims in turn looked down upon the Hindus as infidels. Within Hindu society itself, the idea of equality was lost through the caste system.

Guru Nanak’s most profound and simple truth of human equality is the very basis of the far-reaching social change happening in our world today. Think about it. If we accept the premise that everyone is fundamentally the same as everyone else, a lot of things go away. It not only means love your neighbor as yourself, but it also means your neighbor is yourself.

Guru Nanak saw the underlying connection between all beings and taught that we are all made of the same energy. There are no essential differences between rich and poor, Christians and Muslims, educated and uneducated, young and old, male and female—you get the idea. All the mental judgments that separate us from each other go away. This couldn’t be a more profound social statement.

Guru Nanak’s was a time of transition and turmoil in Indian society. Corruption was rife, and degradation and treachery were everywhere. Honor, justice, and position were bought and sold. Guru Nanak spoke out about the ruling class, which had no love for justice and fair play. He described his times in a most telling manner: “The Kali Yuga [1] is a dagger, kings are butchers, Dharma [2] has taken wings and disappeared. In the black night of falsehood, the moon of truth is nowhere to be seen.”

Guru Nanak condemned the corrupt ways of the administration vehemently, “There is no one who does not receive or give bribes. Even the king distributes justice according to when his palm is greased.”[3]

The most dramatic events during Guru Nanak’s lifetime were connected with the invasion of India by the Emperor Babar in 1521 A.D. Guru Nanak described with deep emotion the suffering of the people during this invasion. He uttered the most touching verses, which are collectively known as Babar Vani.

Guru Nanak was, in fact, the first Indian saint to condemn war and to denounce exploitation. In this dark period of religious and cultural division, he proposed new ideals and revolutionary concepts to encourage everyone’s self-confidence and to bring people together as equals.

Leading a bridal procession of sins, Babar rushes from Kabul and demands wealth as his bride, O Lalo.

Modesty and Sacredness have vanished; falsehood marches in, O Lalo.

The occupation of the Qazis and the Brahmans is gone; the devil himself reads the marriage ceremony, O Lalo.

Muslim women read the Quran, and in suffering call upon God, O Lalo.

Hindu women, whether of high or low caste, meet the same fate as they, O Lalo.

They sing the song of murder, O Nanak, and decorate themselves with the saffron of blood.

In the city of corpses Nanak sings God’s praises and speaks only the Truth.

Guru Nanak was born into a high-caste family[4], but he associated with everyone. He ate and lived with men and women of the lowest castes and classes. This was something socially and religiously unheard of in those days of the rigid Hindu caste system sanctioned by the scriptures, along with the religiously approved notions of untouchables and pollution.

It is a matter of great significance that at the very beginning of his mission, the Guru’s first companion was Mardana, a low-class Muslim. The offerings he received during his travels were distributed among the poor. Any surplus collected was given to his hosts to maintain a common kitchen where all could sit and eat together without any distinction of status.

This institution of the common kitchen, or langar, helped more than anything else to establish equality beyond caste, class, and gender. Everyone, high or low, sat together and ate and talked together. Kings and Brahmans side by side with dung sweepers and beggars. Everyone was treated in exactly the same way.

In the 21st century, our times echo Guru Nanak’s time all too clearly. Now more than ever the world needs to take these timeless teachings to heart.

[1] The current period of the world time cycle lasting 432,000 years, the age of conflict.

[2] In this usage, righteousness.

[4] Guru Nanak was born in a Kshatriya family. His family is said to have belonged to the Bedi sub-caste. This caste is the so-called “warrior” caste. 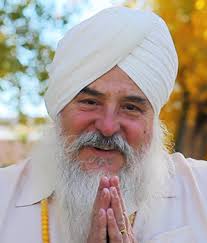 Guruka Singh Khalsa is the founder and Chief Executive Officer of Sikhnet. He is a teacher, writer, and inveterate punster. At SikhNet he does management, administration, business networking, fundraising, communication, and teaching. He is a source of inspiration to SikhNet staff as well as the entire “cybersangat.” He has been featured in over 70 SikhNet video interviews.