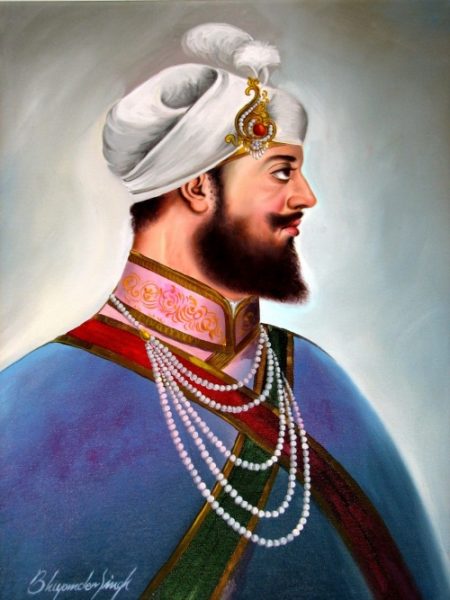 Guru Hargobind Sahib was the only child of Guru Arjan Dev Ji and Mata Ganga Ji. He was born in 1595 in Guru ki Wadali, District of Amritsar. He was the sixth Guru. After the martyrdom of Guru Arjan Dev in 1606, Guru Hargobind received the  Guruship. He was just 11 years old when he became the Guru. He then asked the Sangat for houses, elephants, and weapons and encouraged youth to join the army to fight for ‘Dharma’. He made all Sikhs to be Saint Soldiers. They made their own army which consisted of 700 horses, 300 horsemen (risaldari), 500 men of manjha. Guru Hargobind always emphasized physical fitness in combat.(1)

He was very tall, very brave, and very handsome. He was a fearless and courageous warrior, but he also had the calm presence of Guru Nanak himself. He would talk about Japji and how it works. You know that Japji is the first thing that Guru Nanak wrote down for us, right? It is the most beautiful and sacred prayer.  So one time Guru Hargobind sent a message to all his Sikhs. He said, “I call upon all my Sikhs to come in my presence and sing the Jap Ji Sahib.” He sent out a message that there would be a Jap Ji competition.  Read this story here.  (2) 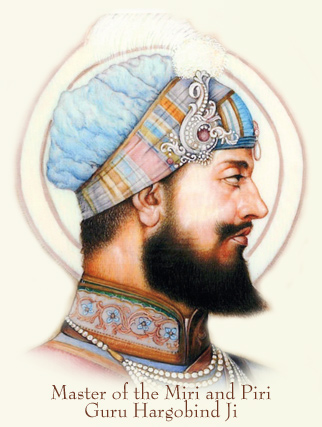 “Japji Competition” A story in the the words of the Siri Singh Sahib:

Tonight, we are going to talk about True Love. Love, with absolutely no jurisdiction and no power, still keeps us sane. Such as, love to live, live to love.  It’s a balance, that’s true. The story of true love if you can be seen in the modern times, in the time of Guru Hargobind. Guru Hargobind said, “I like to hear Japji as Guru Nanak sang it.” One Sikh of time of Guru Nanak came, he said, “Guru, if you want to hear it, I will be here, I’ll recite it.”

So, Guru Sikh was reciting the Japji and Guru Hargobind was listening. As he was listening, he started slipping on the throne he was sitting. Till he reached the end and Japji reached the end, he jumped up and sat in the center and said to his, one of his servants that Guru Sikh has recited the Japji as that of Guru Nanak. You kindly go and give him that horse and both side load it with a bag full of gold coins and plus these few things more and honor him.

Orders were obeyed.  Bhai Budda couldn’t tolerate it. He said, “It is not my position to ask.  You are my Guru, but after all, I don’t know what it means that we all were reciting, listening to the Japji and it was just exactly as Guru Nanak sang. And what was wrong with you, that you were slipping around on the throne? You didn’t sit still.” Bhai Budda, because he crowned Guru Hargobind, he could ask. He had that power.

Guru Hargobind said, “Bhai Sahib, when Japji was being recited, I was so pleased I said, ‘what I can give this man in gratitude?’ So I made up my mind that this throne belonged to Guru Nanak.  This man sang the Japji of Guru Nanak.  There is nothing which I can do him for.  I’ll give him this throne of Guruship. So I was slowly slipping away each time, determined. But in the end I reached, Guru Sikh wanted, if Guru is true, he should give me that horse and that money and that, that arm. As he wished that, he decided it all, I jumped back on my job and ordered so. (3)

(1) Read the complete article on SikhNet