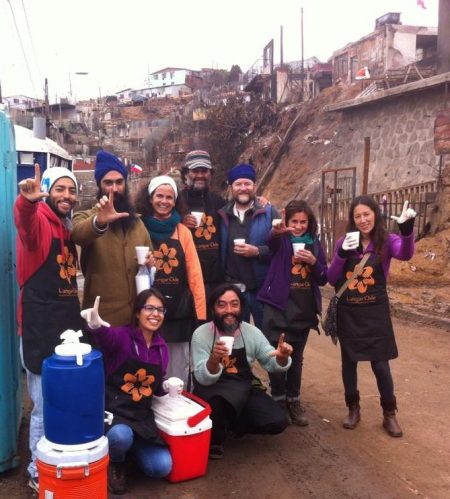 The mission of Langar Chile is to serve blessed vegetarian food and yogi tea to anyone who needs it.

Langar Chile is a non-governmental organization founded in 2003 by Kundalini Yoga instructors Sinmrit Singh and Guru Darshan Singh. This inspiring team serves hot vegetarian food to those who live in a street situation, and to anyone else who needs it, on Thursday nights in La Vega Central. They have been working since 2004 without interruption, serving every Thursday night to about 250 people on the streets of Santiago.

According to Langar Chile, “In this place during the nights you can appreciate the harsh reality of homelessness and homeless people who live and sleep on the street.”

A permanent group of volunteers have steadily committed to this cause. The food distributed is cooked Thursday afternoons at the Chilean Academy of Yoga, a meeting point for volunteers who participate in distributing the food during the night outings.

Their service is inspired by the teaching of Guru Amas Das,  transmitted in the West by the Siri Singh Sahib, Yogi Bhajan. In India, Langar is held daily 24 hours a day at the Golden Temple.  In Chile, it has been running since 2003 every Thursday on the outskirts of the Central Vega! 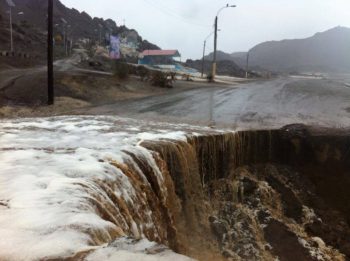 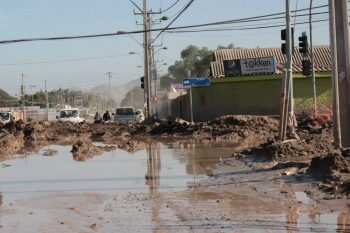 In February 2010, a devastating earthquake took place off the coast of south-central Chile. Widespread damage occurred on land and hundreds of aftershocks of serious magnitudes occurred in the following weeks. The earthquake was the strongest to hit the region since 1960. The earthquake also triggered a major tsunami that proved disastrous for coastal areas in Chile. The earthquake and tsunami together led to over 500 deaths.

In 2010 following the earthquake, Langar Chile started their “Langar in Action” division, which operates in catastrophe areas and disaster zones. They served in the earthquake and tsunami of 2010, the fires of Valparaíso in 2014, Alluvium of Atacama in 2015 and in forest fires in 2017 in Constitución. They now stand ready to go into disaster relief areas and establish emergency kitchens.

Langar Chile aims to provide food more frequently and in more areas; to build an administrative team that can provide income and resources for the organization to grow and to acquire a fully equipped kitchen, storage room, office and a langar hall where food can be served daily.

They also have the goal of procuring a truck with a mobile kitchen and supplies that can be used for food delivery in different areas of Santiago, as well as for use in setting up emergency kitchens in areas where natural disasters occur. They are also aiming to create a specialized team trained in emergencies, rescue and first aid to serve in these situations. 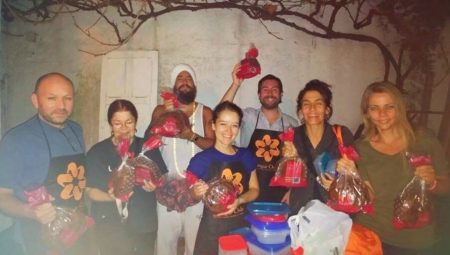 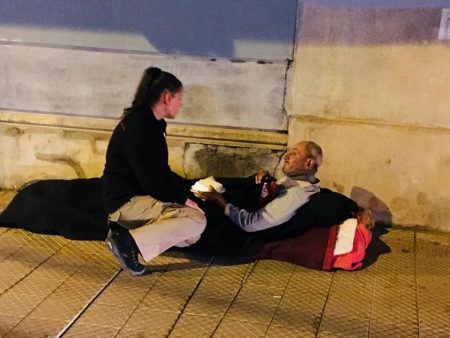 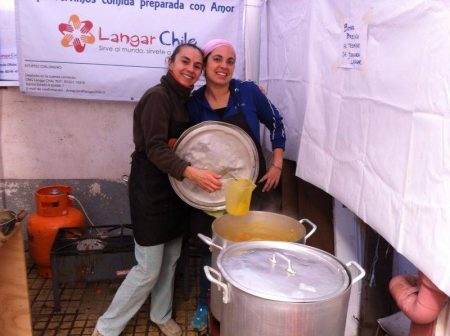 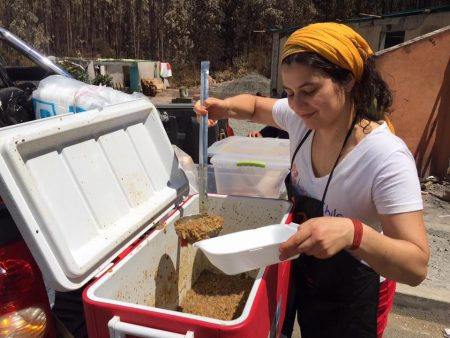 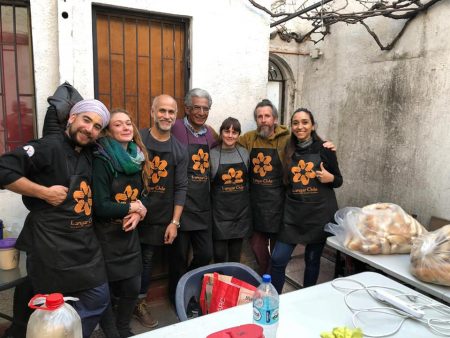