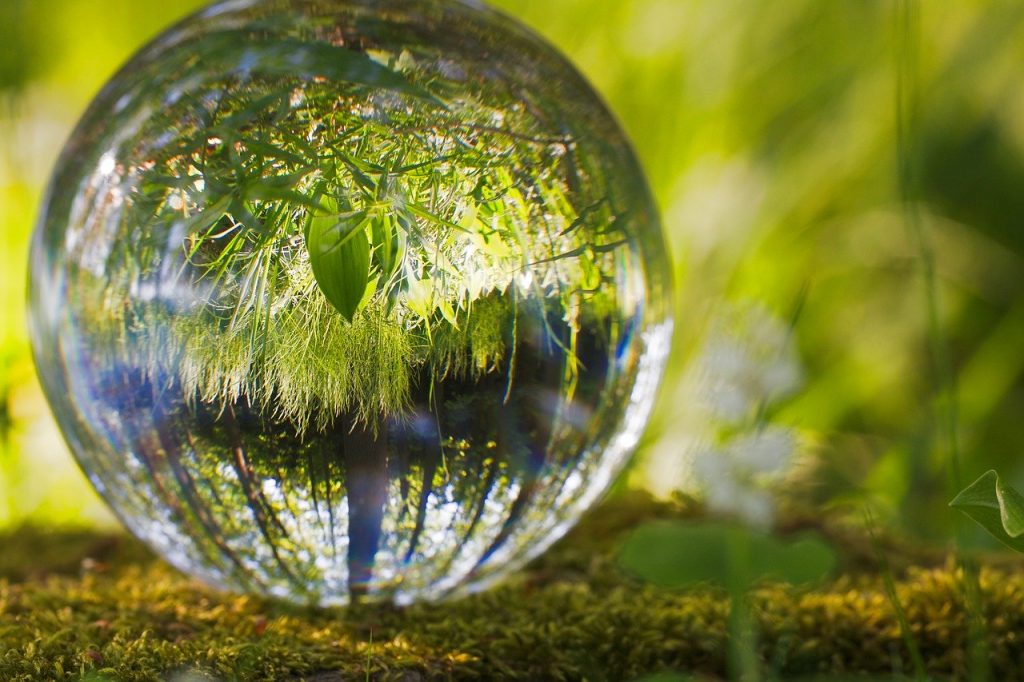 Image by Lutz Peter from Pixabay.

This post was originally published on SikhNet. It was written by Gurmukh Singh.

The ecological message is an important theme of Sikh teachings enshrined in the Siri Guru Granth Sahib (SGGS), the holy Scripture of the Sikhs.

Life on earth includes all life forms. They were evolved by nature over millions of years, and co-exist interdependently in a finely balanced system. Guru Nanak Sahib (1469-1539), the founder of Sikhi (Sikhism) called this system Dharam Khand in his founding Bani or composition, Japji Sahib, the first holy composition in the Guru Granth Sahib.

Dharam Khand is based on the law of cause and effect.  That means we reap what we sow.

Dharam teaches us how to live responsible lives if we are to be saved from total disorder leading to chaos and destruction. The earth’s survival depends on the observance of dharam in all relationships.  There are many references to this law in Japji Sahib, further elaborated in the Guru Granth Sahib.

By creating the earth, the Creator Being established it as the home of Dharam Khand – the sacred place where righteous conduct is to be practiced (SGGS, p.1033).

The description of Dharam Khand found in Japji Sahib is as follows:

In the midst of these, He established the earth as a home for Dharma.

Upon it, He placed the various species of beings.

Their names are uncounted and endless.

By their deeds and their actions, they shall be judged.

God Himself is True, and True is His Court.

There, in perfect grace and ease, sit the self-elect, the self-realized Saints.

They receive the Mark of Grace from the Merciful Lord.

The ripe and the unripe, the good and the bad, shall there be judged.

This is righteous living in the realm of Dharma. (SGGS, p. 7).

In Sikhi, the purpose of human life on earth is to see and experience the Creator Being in nature (kudrat) and to serve both.  Only then is a state of harmonious living achieved.

Guru Nanak saw the Creator in the diverse creation wherein He sits and watches over all with joy and satisfaction (chaao). Many passages in the Guru Granth Sahib are devoted to nature, the environment, the wind and the rain, day and night, the changing seasons, and the rich diversity of life on earth. The Creator created the air, which, in turn, created water and brought life on earth (SGGS, p. 19).

In figurative language, Gurbani brings us closer to nature. The concluding hymn (Slok) of Japji Sahib teaches us that the air which gives life is the guru, the teacher, water is the father and the great earth is the mother. Day and night are the two nurses, in whose lap all the world is at play  (SGGS, p. 8).

Another beautiful example in Gurbani (the Guru’s Word) is of nature performing its own version of the Aarti ceremony before One Creator Being. Aarti is a Hindu religious ceremony of worship in which light is offered to one or more gods or goddesses while songs are sung in praise of the deity. Aarti means light which removes darkness and is linked to ancient Vedic fire rituals.

However, Guru Nanak offered his own version of Aarti worship to the One Creator Being, with a powerful ecological message. The true Aarti is being sung by nature before the Creator of all:

The sky is the platter (thaal) used for the aarti, in which sun and moon are the lamps.

The stars in the constellations are the jewels.

The wind, laden with sandal-wood fragrance, is the celestial fan.

All the flowering fields, forests are the radiance!

The whole creation is a celebration of nature (kudrat), in which resides the Creator Being.

Another holy composition, the Barah Maha, composed by the Sikh Gurus, means “Twelve Months.” It is a wonderful poem reflecting the changes in nature during the year which interact with the human soul’s yearning for union with the One Creator Being.

These are just some examples from Guru Granth Sahib to show the essential unity of life – diversity in nature and the Creator of all. In other words, “If you do not see God in all creation, the finely balanced eco-system, then you do not see God at all!”

Today’s selfish consumerism and market-driven economies are a threat to the global climate and the environment. Sikhi – Sikh thought and way of life – has a powerful message for humankind regarding ecological issues.

On this earth man is at the head of all species  (SGGS, p.374) but has forgotten his duty (dharam) to serve the Creator and His creation due to lust and greed

The ecological message of Guru Nanak’s Japjii Sahib and many other similar references in the Sri Guru Granth Sahib can be summarized as follows:

The great earth, with its many life forms, is the “Dharam Khand,” the realm where balanced, responsible and righteous living should be practiced.

This earth, together with the environment (wind and water) is the “dharamsaal” or “mandir” (place of worship) where human beings are placed at the head of all life forms. It is the dharam, the duty, of human beings not to desecrate this temple of God by disturbing the fine balance of nature by abusing the environment through selfish overuse of resources.

According to Sikhi, the purpose of human life is achieved by seeking complete harmony with Waheguru, the Wondrous Enlightener, the Giver of knowledge, while living the life of a householder. The Creator Being resides in nature and creates numerous diverse species.

Therefore, it is also our duty to serve these, our natural “parents” – the earth and the environment – and not to disturb nature’s mechanisms developed over millions of years. Diversity must be preserved and respected according to the “Anekta meh ekta” (unity in diversity) principle of Sikhi now adopted as a universal maxim.

Every human being has a responsibility to selflessly serve the Lord’s creation and not to desecrate this temple of God, the great Mother Earth.

The ecological message of Sikhism is highly relevant today.  It is time that this central theme of Sikh teachings, also becomes the main concern of all individuals and administrations at local, national and global levels.