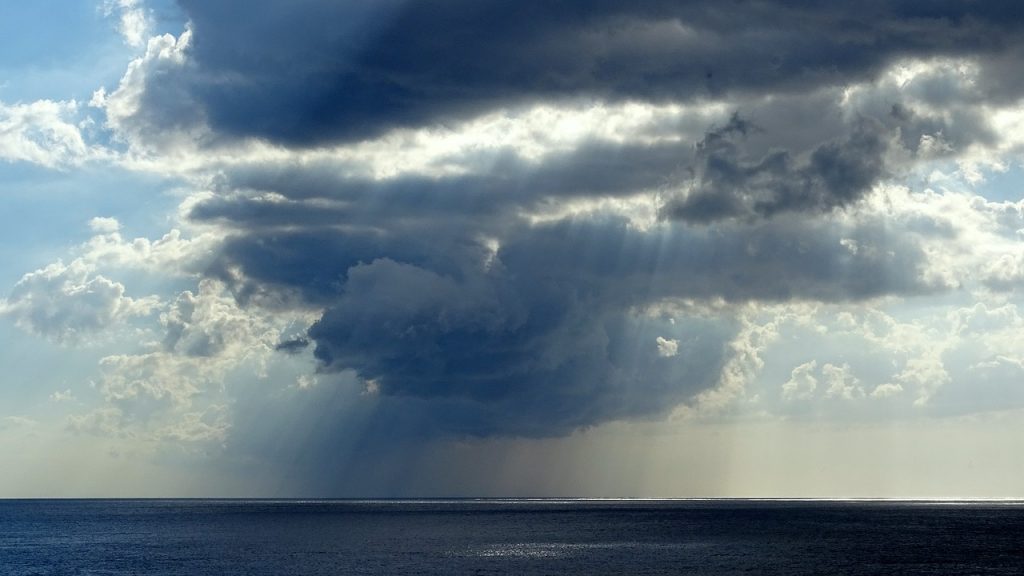 Image by pfundskur from Pixabay. 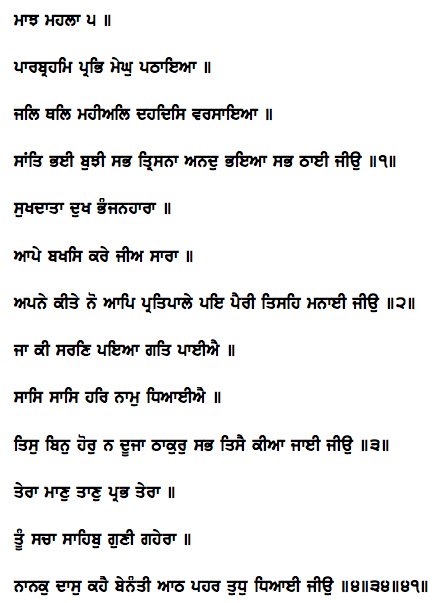 The Supreme Lord God has unleashed the rain clouds.

Over the sea and over the land – over all the earth’s surface, in all directions, He has brought the rain.

Peace has come, and the thirst of all has been quenched; there is joy and ecstasy everywhere. II 1 II

He is the Giver of Peace, the Destroyer of pain.

He gives and forgives all beings.

He Himself nurtures and cherishes His Creation. I fall at His Feet and surrender to Him. II 2 II

Seeking His Sanctuary, salvation is obtained.

With each and every breath, I meditate on the Lord’s Name.

Without Him, there is no other Lord and Master. All places belong to Him. II 3 II

You are the True Lord and Master, the Ocean of Excellence.

Servant Nanak utters this prayer: may I meditate on You twenty-four hours a day. II 4 II 34 II 41 II 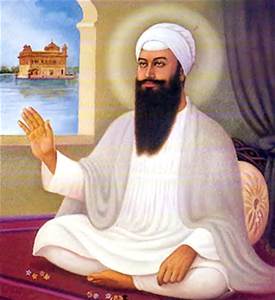 Guru Arjan is the fifth Sikh Guru. He was the youngest son of Guru Ram Das. He was born in Goindwal, India. He breathed his last in Lahore, Pakistan where the Gurdwara of Dehra Sahib was established. His mother was Mata Bhani Ji. His wife was Mata Ganga Ji, They had only one son, Hargobind, who became Guru Hargobind Sahib.

Guru Arjan completed the work of his father by finishing the construction of the Harimandir Sahib.

Guru Arjan also undertook the tremendous task of creating the Adi Granth, which became the predecessor to the Siri Guru Granth Sahib. Recognizing that the Shabad Guru was the base of the Sikh practice, Guru Arjan created a compilation of sacred songs that included the songs of the previous Sikh Gurus, songs from Hindu and Sufi mystics, and his own sacred writings. As a master, Guru Arjan could hear whether a song was in the sound current of the Shabad – and those songs that clearly came from the Universal Teachings were incorporated into the work. Guru Arjan viewed the Adi Granth as holding the eternal, universal wisdom of the Shabad Guru. While working on the Adi Granth, he would keep the Adi Granth on his bed and himself sleep next to it on the floor – like a servant. The Adi Granth exemplified the Sikh Gurus’ teachings that the Word, itself, is the Teacher – not a human person.

During this period of time, the community that surrounded Guru Arjan thrived and became very prosperous. Through a series of political intrigues, the sovereignty of Guru Arjan and his people were challenged by the Mughal Emperor Jahangir. To protect the independence of the community, Guru Arjan allowed himself to be tortured for five days and five nights. He was chained to a hot metal plate while his captors poured burning sand on his body. Guru Arjan smiled the entire time, for he saw the hand of the Divine behind it all. He saw the One Creator playing every part in the torture and recognized his Union with the Creator. After five days and nights, Guru Arjan was permitted to bathe in a nearby river. Guru Arjan dove into the water and dissolved into Light. His physical body was never seen again.