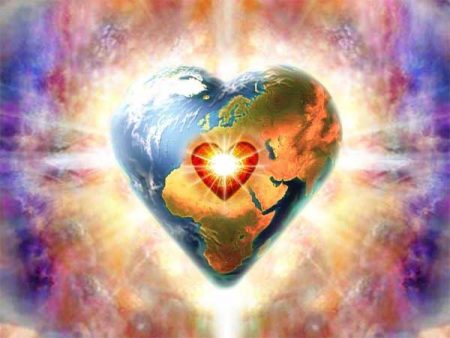 Inner peace is achieved when we have found the strength to live in our hearts and follow our soul’s path. When we develop enough inner strength and identity to be able to work within stressful environments or challenging times, then we are living a Dharma of true peace. When challenged by the chaos of the times, we can be pulled off our center into arguments or into conflict. But with inner peace, we can live in our centered power to serve the situations we face with grace.

There is a beautiful story about Guru Nanak which demonstrates his capacity to bring peace to the turmoil of the times. In the town of Sayadpur, Guru Nanak went to save his devotee Lalo from the invasion of the Moghul Emperor Babar. Everyone was leaving the area but Guru Nanak walked into the chaos and was captured. He and his companions Bala and Mardana were then made to carry the loot the Emperor had acquired from his invasion. As prisoners, they walked with the loads upon their heads, but as they walked, the loads rose to about a foot above their heads, as if carried by the air.   At the encampment they were forced to grind corn. Guru Nanak went into Samadhi and his mill ground the corn by itself. Of course, this brought much attention from the guards, who then reported the strange event to the Emperor. This seemed impossible to Babar, so he went to see for himself. He stood there spell bound, watching the miracle. When the Guru finally opened his eyes, the Emperor bowed before him and begged for forgiveness and invited the Guru to his tent. There the Guru instructed him to be a just ruler. God would return unto him what he brought to his people, so he must always temper justice with mercy as he served to bring benefit to others. Guru Nanak was able to teach him and restore peace to the land.

If you want to develop inner peace, the best technology you can use is to recite the bani Sukhmani.  Sukh means peace and mani is the mind. Sukhmani is a “Prayer of Peace” which Guru Arjan wrote and gave to humanity. It will support you in finding peace in your life.

The Siri Singh Sahib said one Sukhmani a day will change an entire destiny from misery to prosperity. (Oct 26, 1988)