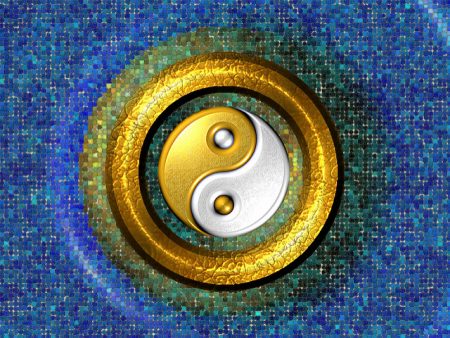 The differences and the similarities between any two religious or spiritual traditions can be very subjective, based on the orientation of the writer and how broad or narrow the focus. This discussion is written from the perspective of a Sikh writer and is meant to have a broad view but with a somewhat limited depth. There are too many issues of doctrine and philosophy that can become very complex very quickly. To keep this short, it is assumed that some generalizations will be made where necessary.

In this discussion, the term Sikhism will be replaced by the term Sikh Dharma so as to bring emphasis on the idea that the path of a Sikh is more than simply a set of beliefs and rituals. And that it is, rather a way of living to uplift spirit and express the highest destiny of the soul.

To entertain any discussion about Taoism, which literally means, “the Way”, one is faced with the commonly held view that there are actually two applications of the term, Taoism. There is the Taoism that refers to the traditional beliefs and observances as practiced by 10 million followers in China and Taiwan based on understanding the forces, seen and unseen, in Nature as explained in numerous commentaries over the course of the last 2400 years. This form of Taoism has formal temples, monasteries, numerous gods and goddesses and many highly evolved rituals. And then there is the Westernized Taoism that focuses on the more philosophical path of non-doing (Wu Wei) and of aligning one’s life with the flow of Nature as revealed by Lao Tzu’s original text the Tao Te Ching. This form of Taoism is much more freeform and demands very little of those who embrace this path in the way of ritual or formal practices.

Sikh Dharma is based in the concept of Oneness. A Sikh sees the infinite divine consciousness (God) within all things, both in form (“Sargun”) and formless (“Nirgun”). This omnipresence is usually referred to by the name, “Waheguru” but can also have other names.

Taoism teaches a similar concept of the oneness of all things and refers to this as the “Tao”. But one of the primary teachings within Taoism is that the very idea of using any name to label the Tao is to miss the point that the Tao is infinite in nature and therefor, cannot be limited to any name.

Sikh Dharma has at the center of all teachings, the Siri Guru Granth Sahib, a large volume of just under 6000 scriptures in poetic form that not only contains all the central ideology but also is seen as being the living manifestation of their Guru, the source of all spiritual guidance and inspiration for Sikhs. Starting 550 years ago, there was a succession of 10 living Gurus. Since then the Siri Guru Granth Sahib, comprised of verses written by several of the Gurus, along with some other sages from other traditions, has held this place of reverence for all Sikhs. These compositions were originally set to music and the tradition has continued in that most Sikh worship programs involve the singing of these verses.

Taoism also has a sacred text of teachings called, the Tao Te Ching which is comprised of 81 short chapters written by the sage Lao Tzu. It is said to date from the 4th Century BC and has influenced other Chinese spiritual traditions such as Confucianism and Buddhism.

Sikh Dharma has specific teachings that inform how a Sikh is to interact with the world; the Three Pillars of “Naam Japna” (meditatively repeating the name of God), “Kirat Karni” (honest living) and “Vand Chakna” (sharing with others). And then there is the concept of the Five Virtues of “Sat” (Truth), “Santokh” (Contentment), “Daya” (Compassion), “Nimrata” (Humility) and “Pyare” (Love) which inform Sikhs how to be.

Taoism has a similar teaching of the “Three Treasures”: Compassion, Frugality and Humility which inform Taoists how to make their way through life, in each moment. This practical teaching has also been absorbed into Chinese Buddhism.

Sikh Dharma has very little clergy, per se. Although it is commonly understood that there are no particular functions that cannot be performed by anyone, there has evolved the role of “Granthi” (one who handles the Siri Guru Granth Sahib). This role can be held by anyone but it is often a professional position held by a trained person with the title, “Giani” (person of knowledge). All Sikhs are encouraged to have a meditation practice that includes waking up before the rising of the Sun and reciting specific sacred texts (Banis), and then also reciting other scriptures at sundown and before sleep.

Taoism, as practiced in China, has a tradition of monasteries which produce formally trained priests. This strict and hierarchical monastic life includes a very rigorous schedule of early morning (3:00am) practice and various specified activities throughout the day. Practitioners of Taoism in the West mainly disregard the concept of clergy or hierarchy and put more value on the practice and understanding of the more esoteric concepts in Taoism.

Although Taoism is much older than Sikh Dharma, there are some similarities in the underlying concepts of the infinite oneness of the Universe. Examining both the underlying principles of Sikh Dharma and those of Taoism as understood in the West, there appears to be something to offer from both – each informing the other in a kind of harmonic coexistence.